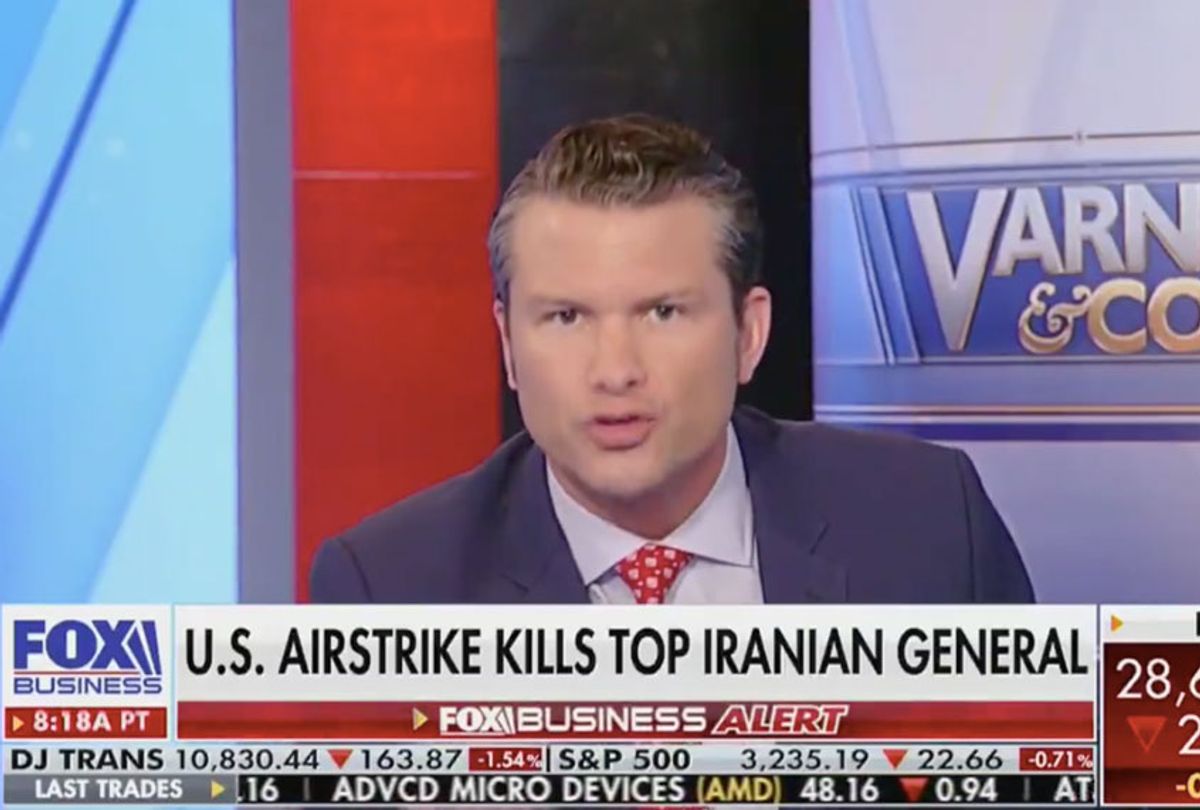 A pair of Fox News hosts whipped themselves into a lather cheering on President Donald Trump’s war provocations against Iran.
“Fox & Friends” host Pete Hegseth joined Fox Business Channel’s Stuart Varney to applaud the president’s order to assassinate Iranian general Qassim Suleimani, and ended the segment by touting stock market gains.
“I have gotten emails and texts from friends in service all across the world that says that’s the last thing we should be saying — ‘Oh, no, Iran’s going to do something,'” Hegseth said. “Iran should be worried today that maybe we will do something again. Maybe your second general is next if you continue to try to kill Americans.”
“We are the top dog,” he panted. “You respond to us, not the other way around.”
Varney found his performance inspiring.
“Bring the fire, Hegseth,” Varney said, making a fist.
Hegseth couldn’t contain his excitement.
“I’m fired up, because the president brought the fire, as a leader” he said. “You want your leader to reluctantly be strong, and that’s exactly what the president did here. Kudos to him.”
Varney then ushered the program into a commercial break with a quick stock market update.
“Look at Apple,” he said. “Retreating from the $300 per share mark that it hit yesterday but that’s not much of a retreat, $298.42. Tesla going the other way. They delivered 367,500 vehicles last year. That’s a lot, more than expected. The stock is up in a down market. They are up 4 percent, new high earlier at $448. Overall, we are still down roughly 200 points, that’s where we are now, 28,616.”
You can watch more below via Twitter: