Our endless wars are paid for at the expense of Main Street. So why won't Dems talk about it? 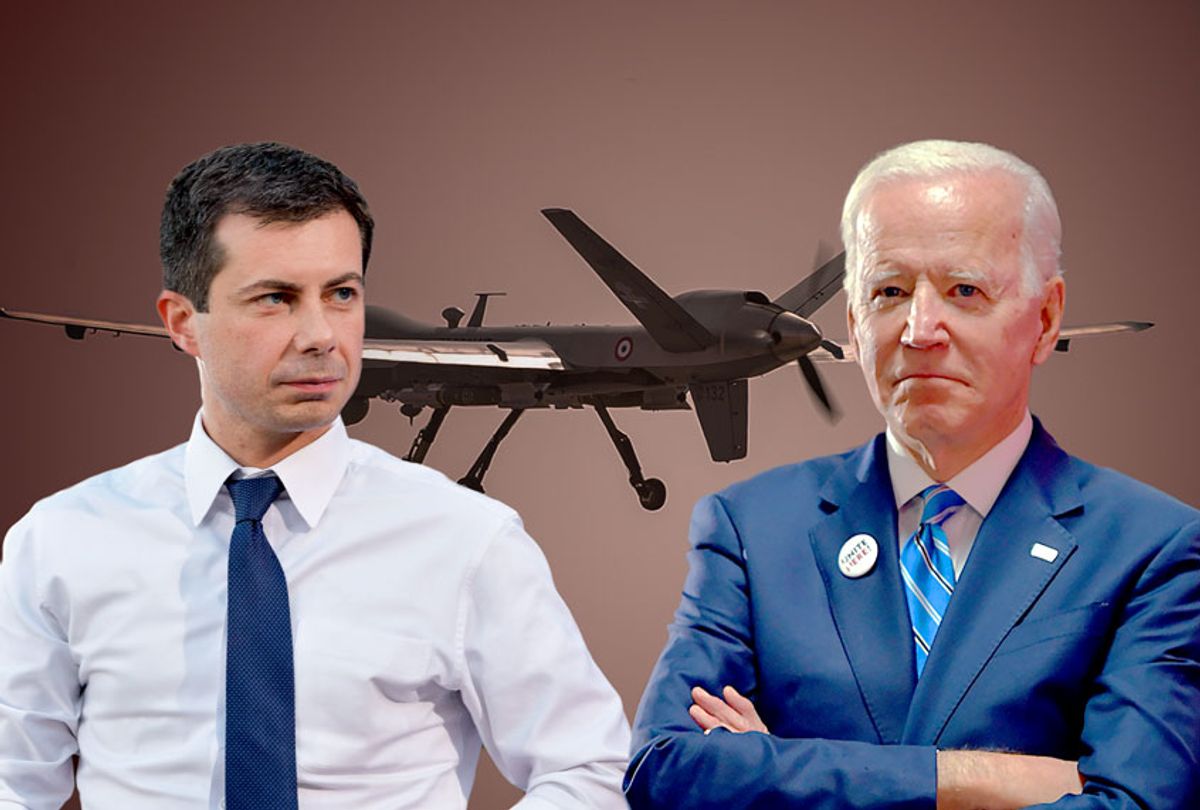 President Trump’s assassination of Iranian General Soleimani and his Orwellian explanation that he ordered the killing to “stop a war” coincided with him sending thousands of additional U.S. troops into the Middle East.

Trump, viewed as the “outsider” in 2016, bested a field of establishment Republicans after accusing President George W. Bush of lying about the presence of weapons of mass destruction to get us into a war with Iraq. Now, Trump is now re-escalating the conflict that has been going on there for 16 years.

As a consequence, the Democratic field of presidential contenders crisscrossing the Hawkeye state are likely to be asked about their own views about the ongoing U.S. global war on terrorism that has now extended into 76 countries, or 40 percent of the nations on Earth.

And just what can they point to as a sign that this amorphous, ethereal war has been successful?

That the Afghan government continues to lose control of more and more of their country to the Taliban? That after all these years of U.S. engagement in Iraq, that American civilians have been urged by the State Department to leave that country?

It is a failure so spectacular that the only thing the powers that be know how to do is escalate tensions to distract us from the ignominy of the moment.

Incredibly, eighteen years after 9/11 — and despite the loss of at least a half-million lives and the squandering of trillions of dollars of borrowed money — there’s been little debate in the halls of Congress about our further notice war footing.

Their inability to critically evaluate such policies — policies that sparked the largest refugee crisis since the Second World War — is enabled by a corporate news media greatly enamored with America’s war machine, always looking to be embedded in it and quick to feature former high-ranking military and intelligence officials to rationalize it.

We never get to the economics of war. It’s always about the execution of the mission, not whether the entire enterprise was ill-conceived. Even as there is a scientific consensus that the greatest existential threat to humanity is global warming, the Trump administration expanded the military to include an outer space command.

So far, in the Democratic contest, the debate has centered around healthcare, with the candidates offering dueling proposals. The progressive wing of the party, represented by Senator Bernie Sanders and Elizabeth Warren, see the connection between expensive healthcare and poor health outcomes as directly correlated to the country’s ever-widening wealth and opportunity gap.

Yet, there is a broad consensus within the party that the country’s economy is only working for the top one percent, and that the Trump-GOP corporate tax cut only accelerated wealth concentration and income disparity.

Even as we maintained and expanded our global war footing, all paid for with borrowed money, the economic conditions for poor and working-class Americans continued to deteriorate, not to mention the collapsed nations left in our wake.

Several years into the “no questions asked” blank check for the Pentagon came the Great Recession, and Wall Street’s pillage of Main Street and MLK Boulevard.

If you want to get an insight into the engine of America’s accelerating wealth inequality and income disparity, consider that even as we gave the Pentagon a blank check, we bailed out Wall Street — all while shackling out kids with $1.7 trillion in student debt.

At the same time, we doubled down on tax policy that subsidized the amassing of vast fortunes, reducing the percentage of taxes paid by corporations and shifting that burden to American households that found themselves deeper and deeper in debt.

In Iowa, the federal $7.25 minimum wage hasn’t budged in a decade. When local counties attempted to increase their local minimum wage, corporate interests headed it off and the state squelched it.

When you factor in the increase in the cost of food, fuel, childcare, healthcare and housing over those years, it should come as no surprise that, according to the United Way, 40 percent of Iowa’s households either live below the poverty line or struggle month to month to get by.

And just as our health care system is part of the wealth inequality machine, so is the military-industrial complex, which includes corporations like Lockheed Martin, Boeing, General Dynamics, Raytheon, and Northrup Grumman.

“In total, the military consumes more than one-half of U.S. taxpayer discretionary spending,” reports the Security Policy Reform Institute (SPRI). “This level of funding indicates not only that force projection is a priority, but it also illuminated areas that are not a priority. Public spending of any kind is inherently a form of wealth distribution.”

Never mind the reactionary objections over ‘creeping socialism’. Congress is already in the business of wealth distribution because it routinely makes decisions about projects to fund which projects to fund as it weighs the trade-offs inherent in a finite budget. In this way, the U.S. military budget is made up of sacrificed social programs, and ‘national security’ overrides day to day concerns of meaningful human security.

So, when we calculate the economic drain on our nation from feeding our perpetual war machine, we need to factor in the lost opportunity cost of continuing to ignore everything else.