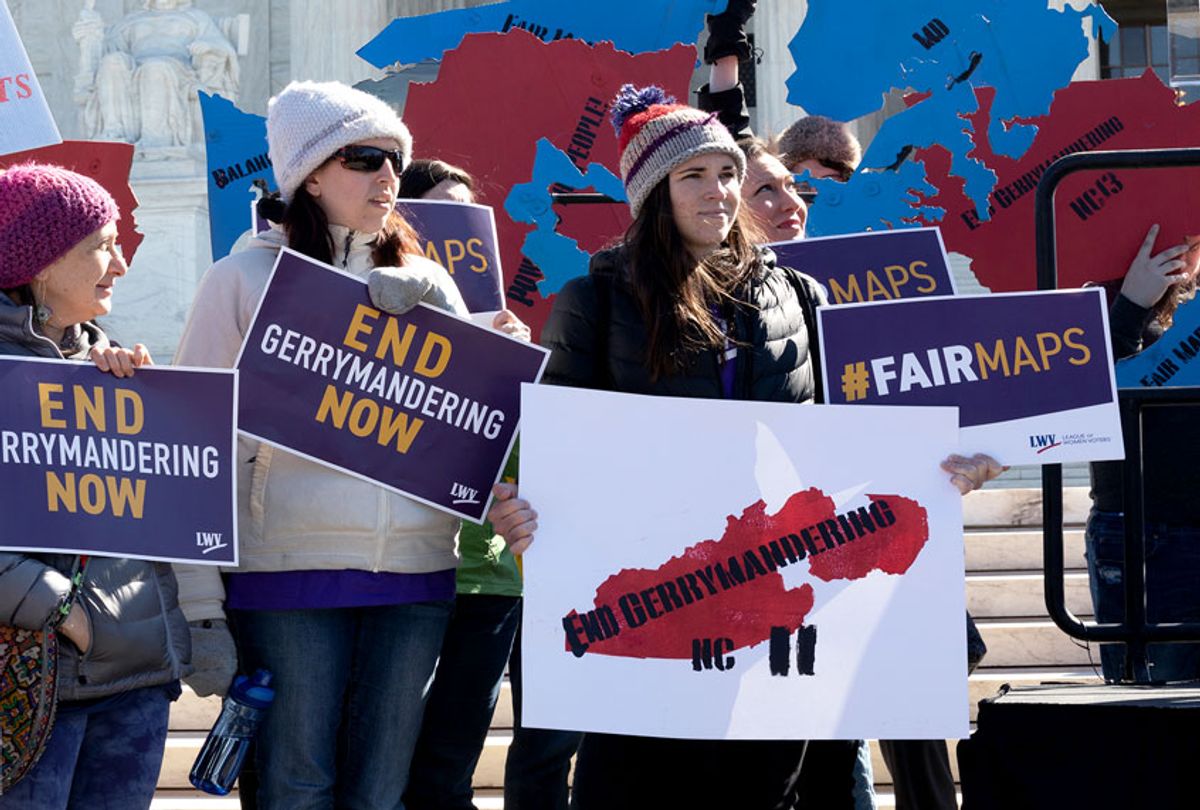 There’s certainly plenty of political drama inside Washington these days, but there is arguably an even bigger political story taking place outside the nation’s capital — and it’s one the political media is largely ignoring.

While Washington seethes, huge populist grassroots campaigns have emerged in states across the nation to restore and strengthen democracy by reducing the power of money in politics and making it easier to vote and have that vote counted.

One of the few political journalists following that story is also a living legend: Hedrick Smith, now 86, who during his career at the New York Times covered the civil rights movement, the Vietnam War and the Cold War, ran the Times’ Washington bureau, and wrote the seminal book "The Russians" some 45 years ago.

More recently, Smith has made dozens of television documentaries, many for Frontline. Starting on Monday night, more than 100 PBS stations will show his latest, “Democracy Rebellion,” in which he takes viewers along as he travels across the country to find and tell positive stories of democratic reform. Smith is a delightful guide, and it’s a wonderful hour of television, eye-opening to viewers of all ages.

"I’m not disputing that democracy is under attack by Trump," Smith told me in a recent interview. "It's just that people out there have decided there are other problems in American democracy besides impeachment and Trump and problems in Washington. And what’s fascinating is that they have given up on Washington to fix it. So they have taken it upon themselves. That’s a story. That’s a big story.”

One of the things that struck me most about "Democracy Rebellion" was its implicit critique of how most of the American political press corps goes about its business.

In short, it’s the exact opposite of the gabfests on cable news.

“Every show is the same show,” Smith said of the cable roundtables. “It’s highly repetitive and pretty easy to do. It doesn’t require a lot of ingenuity, a lot of research, getting on a plane, driving somewhere, talking to strangers — and then discovering that your story doesn’t work and driving on to the next state.”

The pursuit of a big story

What compelled Smith to get in so many planes and cars was that he saw a great story unfolding, one he likens to the early stages of the civil rights movement he covered nearly 50 years ago.

“When we look back on the civil rights movement, we always focus on events that stick in our minds," he said. "But as we were living through those events, it wasn’t a unified movement that was easy to cover.

“We’re in the same kind of boat today. There’s a lot of action going on in the country. And it hasn’t gotten to the point where it’s flipped Congress or affected a presidential election, so the people running the Washington bureaus aren’t aware of it, but there’s a democratic uprising going on in state after state — a populist uprising — calling for and generating action to fix the system.

“It’s a helluva story. It’s exciting. It’s real. It’s action. It isn’t just talk. Most news in Washington is about talk,” he said.

“It also contradicts a couple of shibboleths: No. 1, that everything is divided along partisan lines. No, when you go out into these movements, you see people from both parties.

“And second, that all power resides in Washington, with the power elite, the moneyed political funders. You’ve got a whole lot of people at the grassroots disproving that.

“To me that’s a great story. I think we’re witnessing a new movement and we’re not paying attention to it, because the fire at home here is so big we can’t see anything else.”

So what should senior news managers do to cover the story? They should create an American democracy beat.

“You have to assign somebody on a regular basis to cover the story. You have to go look at some stories that are developing," Smith said. "You can’t just wait until the news breaks. You can’t just cover it as a one-day story.

“If you devote the resources to cover this, what happens is the reporters will come back and tell you what’s going on. But you have to decide to do that, as a managing editor, as an executive producer.

“And then you go talk to some political scientists or social leaders and ask: Is there some sort of phenomenon going on here? Our job as reporters is constantly to connect the dots for people.”

The most recent failure to do that, before this one, was the press’ collective failure to recognize the staggering growth of inequality in the economy, which only got episodic coverage until the Occupy Wall Street protests in 2011.

Smith told that story in his 2012 book, “Who Stole the American Dream?” As I wrote in my review of the book at the time, Smith brilliantly explored how, starting in the early 1970s, every major economic trend — increased productivity, globalization, tax law overhauls, and the phasing out of pensions in favor of 401(k)s — produced the same result: The benefits fell upward.

Now there’s something else happening out in America that requires reporters to connect the dots.

“I am frustrated by the lack of imagination on the part of an awful lot of outlets,” Smith told me. “Why isn’t American democracy at the grassroots one of the clusters of coverage that you see automatically?”