Alex Trebek reveals how he'll decide when it's finally time to leave "Jeopardy!"

At a recent event in Pasadena, the longtime "Jeopardy!" host reflects on his impact and plans for the future 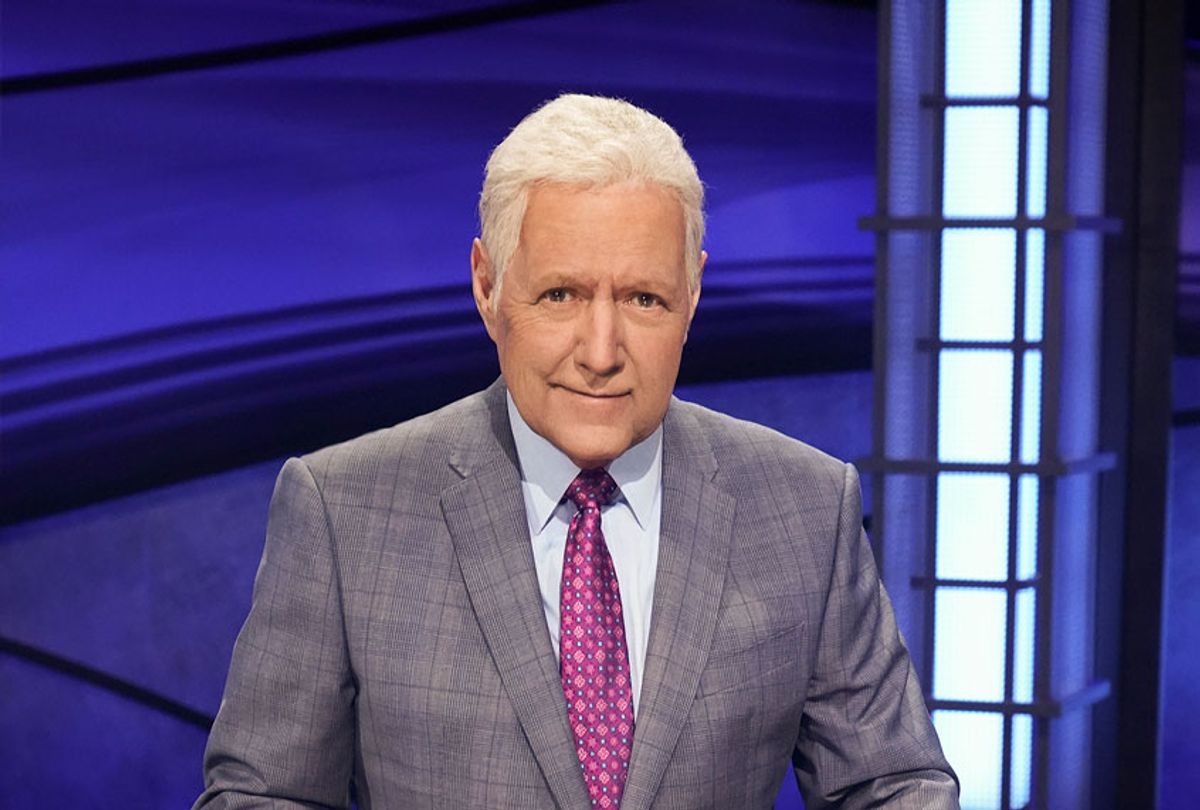 These three questions would command the highest earning on the "Jeopardy!" board: "What is his professionalism?" "What is the way I see kids react to 'Jeopardy!'?" "What is his goodness?"

The category is Alex Trebek. And the answer, posed by one of the critics attending the Television Critics Association's Winter Press Tour in Pasadena, Calif., is simple: Name the aspect that the "Jeopardy! Greatest of All Time" contenders admire most about the venerable host of America's most respected game show.

On Wednesday, Trebek appeared during ABC's winter preview day at the Television Critics Association press tour joined by Ken Jennings, Brad Rutter, and James Holzhauer, the three highest money winners in the game show's long history, each of whom gained fame and notoriety during their respective runs. Ostensibly they were there to talk about the ABC's primetime special event series that premiered Tuesday, and is set to continue on Wednesday evening at 8 p.m.

Above all, though, the three "Jeopardy!" greats played supporting cast to Trebek, who joined the panel to celebrate them and the "importance of knowledge."

Not explicitly stated but understood, of course, is that this is likely the last time we'll get to talk to the 79-year-old host as a group. "Jeopardy!" is in no danger of ending anytime soon, and as its host told the assembled reporters, he does not foresee stepping down from the position he's held for 36 years in the near future.

But his Stage 4 pancreatic cancer diagnosis, initially revealed in March 2019, makes Trebek's timetable somewhat unpredictable. He tacitly admitted to this in his Jan. 2 interview with Michael Strahan, in which he revealed that his final farewell to viewers will be timed for 30 seconds to air at the end of that episode's half hour.

As to when he suspected that would occur, or whether producers have been given a time frame for his departure, Trebek had none to offer, only revealing that he decided a long time ago that he'd make that call "on a whim, on that particular day."

"It would be the same as when I shaved my mustache," he said. "I will speak to Harry [Friedman, the show's executive producer], we'll speak to Clay [Jacobsen], our director, and tell him, 'Give me 30 seconds at the end of the program."

Although Wednesday's line of questions tended toward requests for ruminations on his legacy or anecdotes that might provide insight into a man perceived as hard to read, Trebek also shared a health update: Some days are better than others, he admits.

Rounds of harsh chemotherapy treatments have lowered his resistance – "they've gotten me off one of my chemo drugs, which was killing me," he said.  He revealed that after a recent broadcast he asked his wife if she noticed any difference in his energy, but she didn't.  He, however, felt that he seemed "a little slower in the ad-libbed parts."

Trebek had previously mentioned that mouth sores related to his chemo treatments have made enunciation more difficult.

Live and up close with reporters, however, Trebek was energetic and playfully humorous as ever, especially when he sang the praises of "Greatest of All Time" contenders Jennings, Rutter, and Holzhauer.

"The thing I enjoy most about the show is the 30 minutes I spend on stage with the contestants because I love spending time with bright people," Trebek said.  "And with these three, it was particularly enjoyable." He then wryly added, "I hate spending time with stupid people."

At stake in these primetime special episodes, besides bragging rights as the Greatest of the  "Jeopardy!" GOATs, is $1 million to the first contender to win three match-ups. Coming in second and third is nothing to scoff at, since the two runners-up will each receive $250,000.

And the nation is invested in the drama as the overnight ratings indicate: 14.4 million viewers tuned in for the kick-off, giving ABC a larger audience than the impressive season premiere of "The Masked Singer" on Fox, one of primetime broadcast's high performers.

While Trebek had much to say about these contenders and his most memorable "Jeopardy!" contestants in general, he reserved some of his most remarkable insight for replies to questions about his legacy. In standard Trebek fashion he was equally warm, gracious, bracingly honest ,and occasionally verging on oh, let's call it brusque.

When some asked if he would consider doing a celebrity primetime special featuring famous "Jeopardy!" fans who have publicly embraced the show, Trebek sagely deadpanned, "Embracing the show and being able to perform well on the show are two different things, as many celebrities have discovered over the years. I've often been asked, 'Do you make the material easier than the regular fare when you have celebrities?'" He paused for a beat before answering, "Duh."

Later, when he was asked to reflect on his impact on television and culture, Trebek offered, "I hope I've been an influence for good and an influence for the benefits of not minimizing the importance of knowledge."

He went on, "Even though you are not going to use a particular bit of information that you acquire . . .  in a practical way in your daily life or in your work life or at home, whatever, it becomes part of you, enriches you and makes you a better human being, and I think, a more understanding human being."

"The more you know, the easier it will be to understand everything else that's going on in the world," Trebek said. "If you have limited knowledge, then you're approaching other people from a limited point of view. And that can be disastrous, as we have discovered."

Although fans may not know what we'll do when Trebek is no longer hosting "Jeopardy!" the host already has set his plan. Asked what he'd do after the show, Trebek buzzed in quickly with a succinct and flawless answer: "Drink."