Democratic senator calls out Lindsey Graham for warmongering: "That will lead us directly to war" 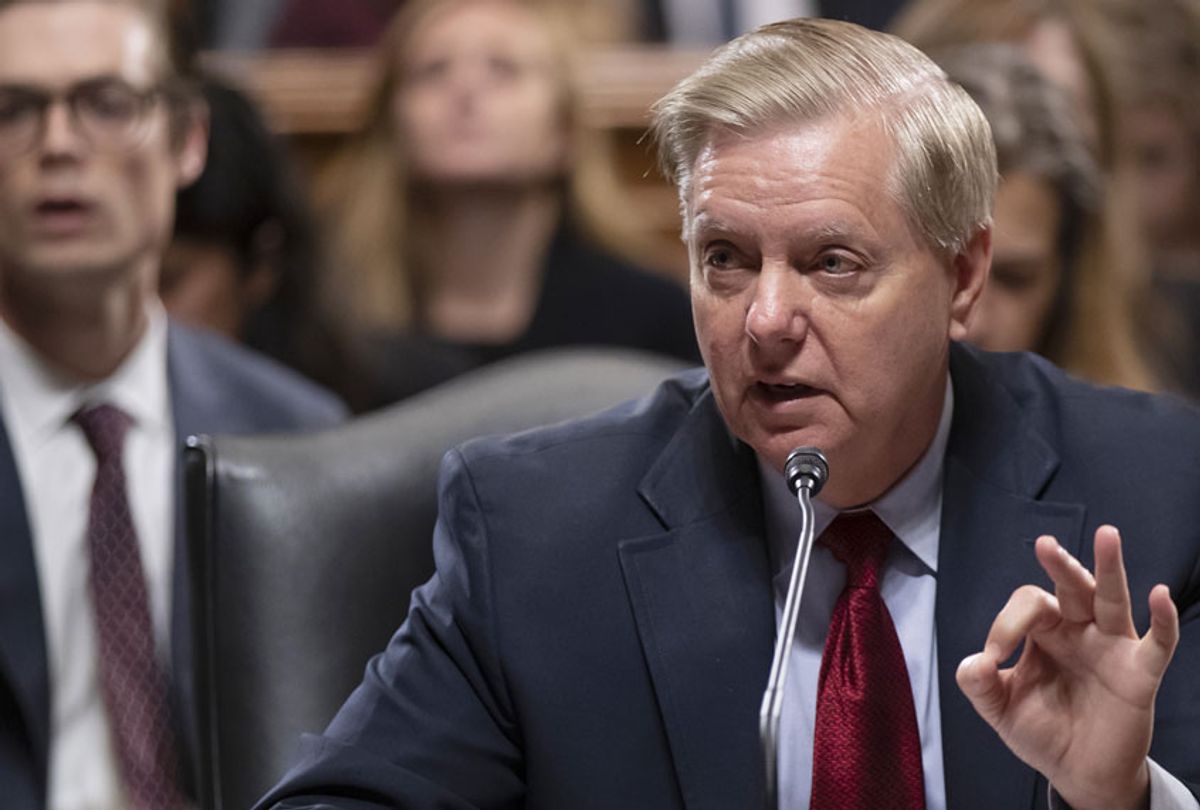 The Middle Eastern country launched a missile attack on U.S. troops in Iraq in response to President Donald Trump’s order to assassinate Iranian general Qassem Soleimani, and the South Carolina Republican denounced the strike as an act of war.

“I can tell you that that approach by Sen. Graham is one that will lead us directly into war,” Durbin said. “It is a confrontational approach instead of a measured approach.”

“What is our goal?” Durbin continued. “What is our object here? We have got to make certain we keep our minds set on that. This president started his presidency hell-bent on a confrontation with Iran. He has it now, and the question is whether he wants to escalate it into a war with more troops being sent when thousands of Americans are being asked to go to the Middle East and to risk their lives, it is time for us to step back and measure exactly what our goal is at this moment.”

“If we are looking for stability in the Middle East, if we are trying to reduce terrorism by Iran and other countries, let us do it thoughtfully and not impulsively,” he added.