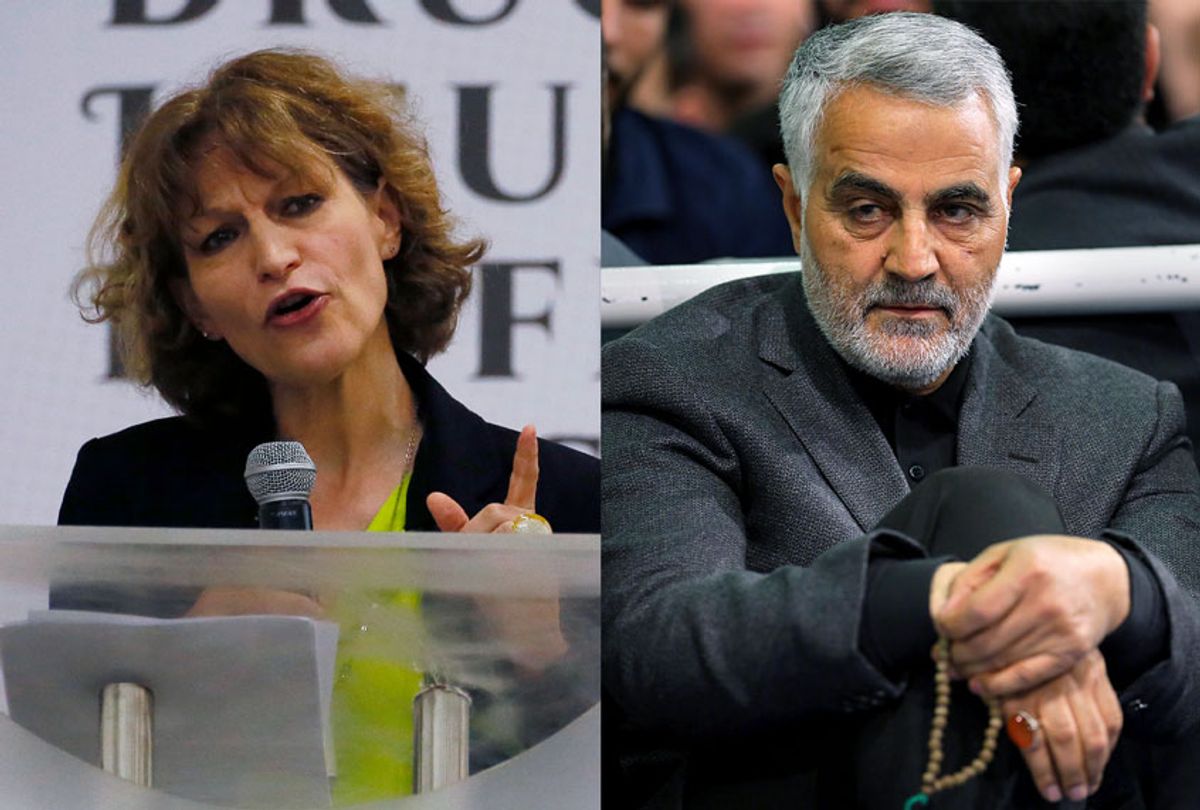 The United Nations special rapporteur on extrajudicial executions on Monday called for an impartial probe into the legality of the U.S. assassination of Iranian Maj. Gen. Qassem Soleimani, warning that strongly worded denunciations from the international community are far from a sufficient response.

"Messages and bilateral exchanges are not enough," Agnes Callamard tweeted in response to UN Secretary General António Guterres' call for de-escalation of military tensions between the U.S. and Iran.

Callamard urged Guterres to activate Article 99 of the UN charter and "establish an impartial inquiry into [the] lawfulness of Soleimani's killing and events leading up to it." Article 99 gives the secretary general authority to bring to the UN Security Council "any matter which ... may threaten the maintenance of international peace and security."

Callamard tweeted last week that the U.S. drone strike that killed Soleimani in Baghdad was likely a violation of international law, an assessment echoed by other legal experts.

President Trump and members of his administration justified the strike on the grounds that Soleimani was plotting "imminent" attacks on American forces in Iraq, but the White House has yet to present any evidence supporting its self-defense narrative. Callamard told Reuters Saturday that the U.S. assassination of  Soleimani "appears far more retaliatory for past acts than anticipatory for imminent self-defense."

"Lawful justifications for such killings are very narrowly defined and it is hard to imagine how any of these can apply to these killings," Callamard added.

During a press conference on Tuesday, Secretary of State Mike Pompeo failed to cite a specific example of the supposedly imminent threat that warranted Soleimani's assassination.

Karen Greenberg, director of the Center on National Security at Fordham University School of Law, argued in a New York Times op-ed Monday that the U.S. assassination of Soleimani was both "illegal" and a "predictable" consequence of the dangerous precedents set by the so-called war on terror.

"In employing the euphemism 'targeted killing' for a member of a sovereign state," Greenberg wrote, "the Trump administration has exposed the faulty assumptions and dangerous legacy posed by the war on terror's targeted killing policy."

"A policy that attempted to cordon off the war on terror from the rules of war, that depended on 'trust me' government, and that rationalized the expansion of executive authority without congressional approval," said Greenberg, "set the foundation for last week's killing and its unleashing of threats of violent retaliation."