In a video segment, the former Fox News anchor and other alumna share the horror stories of what they endured 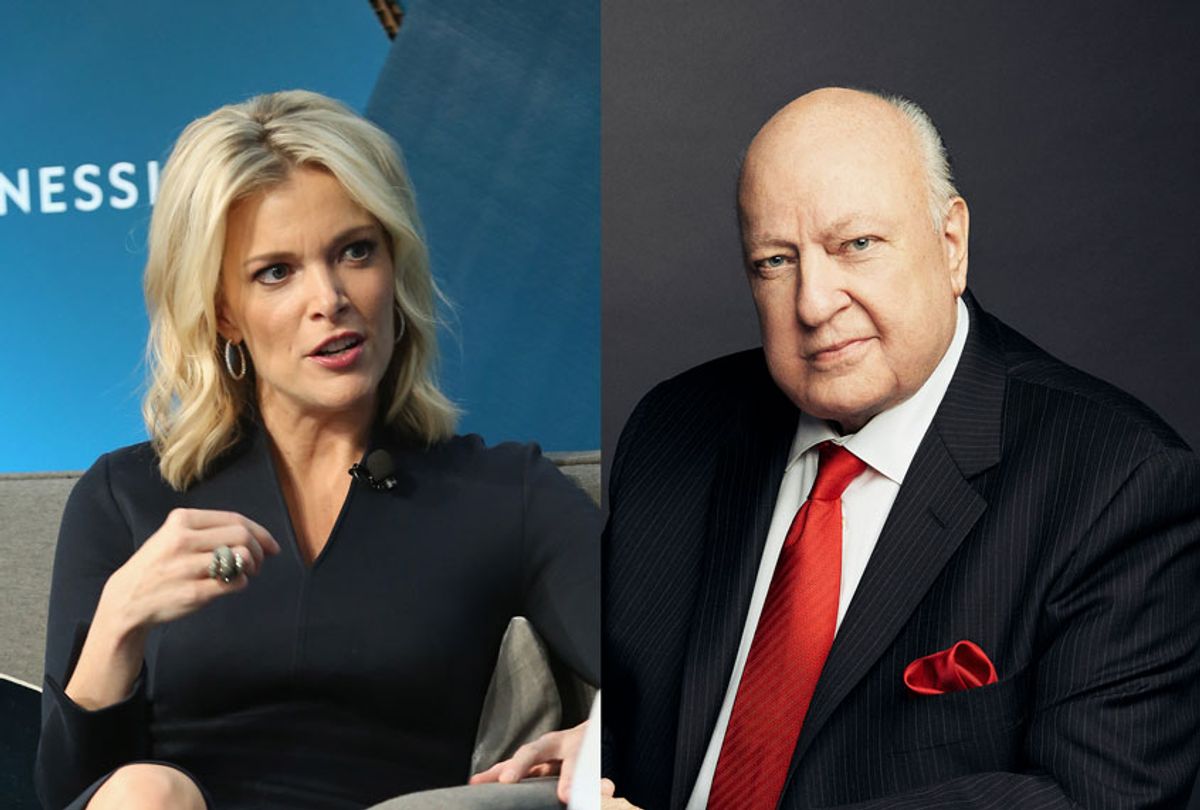 Megyn Kelly emotionally opened up about being demeaned by Fox News founder Roger Ailes in a video segment showcasing her response to the new movie "Bombshell." The Jay Roach-directed film tells the partially true, partially fictionalized story of how Ailes (John Lithgow) allegedly sexually harassed female employees at the network and even blackmailed some of them. Kelly's interview particularly focused on "the spin," a real-life practice depicted in the movie in which Ailes asked female employees to turn around for him so he could inspect their bodies.

"I was asked to do the spin, and God help me I did it," Kelly said in the video below. "I know people think it's like 'Oh, you had to spin around.' But I remember feeling like . . . I put myself through school, I was offered a partnership at Jones Day, one of the best law firms in the world. I argued before federal courts of appeal all over the nation. I came here covering the United States Supreme Court. I graduated with honors from all of my programs. And now he wants me to twirl. And I did it. If you don't get how demeaning that is, I can't help you."

During the segment, Kelly also recalled her experiences along with three other Fox News alumna who were sexually harassed during their tenures there — Juliet Huddy, Rudi Bakhtiar and Julie Zann. Bakhtiar was also asked to twirl for Ailes but refused, while Zann complied and Huddy was never asked . . . but was told that she needed to gain weight to improve her figure. Huddy also described how O'Reilly masturbated while she was on speakerphone with her mother, and Zann described how Ailes wanted her to ask him to give him oral sex. All four women agreed that they had been sexually harassed while working at Fox News and that the experience had been extremely upsetting for them.

Despite being a highly influential figure in the history of network news television, the fallout of revelations about Ailes' behavior in 2016 led to his eventual ouster from Fox News, and had a trickle-down effect that ended the Fox News career of one of its stars, former talk show host Bill O'Reilly. The first Fox News staffer to come forward that year, Gretchen Carlson was played by Nicole Kidman in the movie. Kelly was played by Charlize Theron, and Margot Robbie played a fictitious character, Kayla Pospisil.

"Kidman and Theron are compelling screen presences, of course," Salon's film critic Andrew O'Hehir wrote in his review. "In particular, Kidman works hard to provide human angles and edges to the somewhat ambiguous Carlson, who tried to complexify the blond anchor-babe stereotype well past the Ailes comfort zone."

About Theron, O'Hehir wrote that her "Kelly is closer to being the main character, which is kind of odd in itself, given what a slippery, unknowable figure the real Megyn Kelly turned out to be. Being the surprisingly sane and reasonably literate fembot amid the Fox News universe of trolls, robots and camp followers was the real Kelly's only valid shtick, as we discovered when she tried to move to a more legit network and simulate actual journalism."

"Bombshell" was nominated for two Golden Globe awards, including Theron for Best Actress and Robbie for Best Supporting Actress, but did not win in either category.