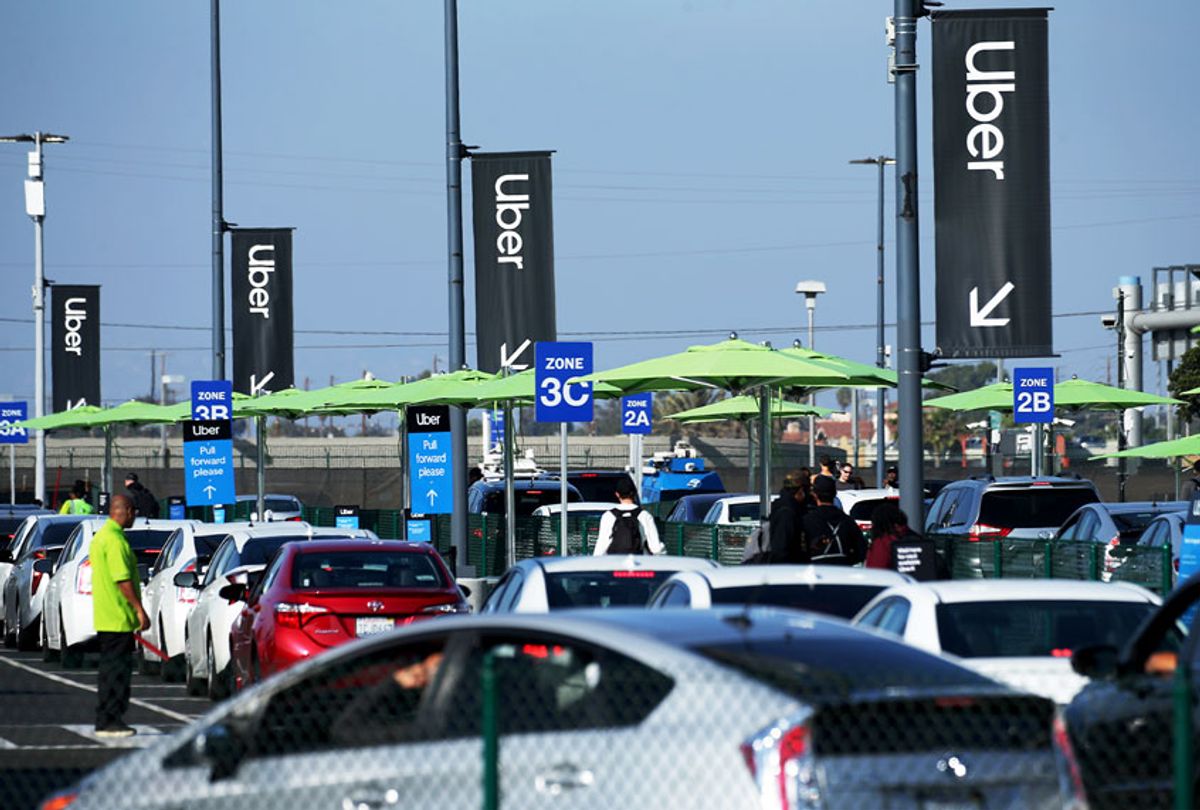 It’s 2020, which means California’s Assembly Bill 5 (AB5), a law that passed last year which was designed to improve the livelihood of gig workers, has gone into effect — and Uber is taking its first steps to evade it.

On Wednesday morning, the rideshare behemoth emailed 150,000 California drivers, and millions of California passengers, to alert them of changes that will impact how the company operates in California.

In the email, the company said changes include replacing upfront pricing with an estimate for any rides except carpools with other paying passengers (known as Uber Pools).

Hence, rather than give rider a firm price upfront for rideshares, “the final price will be calculated at the end of your trip, based on the actual time and distance traveled,” Uber explains.

The law forces Uber, and other companies that rely on independent contractors, to make their drivers W-2 employees — thus requiring the companies to pay its driver-employees a standard slate of benefits, as well as guarantee that employees make at least the California minimum wage. Of course, this doesn’t merely apply to exploited gig workers like Uber and Lyft drivers. It applies to all freelancers, including writers, artists and musicians, many of whom are reportedly experiencing unintended consequences of the law, some of them losing work as a result. Assorted independent workers have banded together to try to argue for exemptions from the law. Freelance journalists have yet to receive one, despite a request. However, a California judge ruled that truck drivers aren’t covered by the new law, and hence can retain their independent contractor status.

The changes that Uber made as a result of AB5 give drivers more control over their rides — a change which on the surface may seem benign. Yet the sinister purpose of such a change is to let drivers skirt the law and be more clearly defined as contractors. (A full-time employee, presumably, would not have a choice as to which riders they do and do not take.)

This is Uber’s attempt to keep their workers classified as independent contractors, and avoid paying them benefits or salaries.

According to the text of the bill, a worker is considered an employee unless the hiring entity could demonstrate they were free from the employer’s control. In December, Uber filed a lawsuit in federal court in California requesting to seek an injunction that would have blocked the law from applying to them.

As part of the changes, riders will be able to request their favorite drivers when scheduling a trip in advance. Overall, consumers in California might see more frequently rejected rides and higher prices.

Prior to the passage of the law, Uber and Lyft were threatening changes that would harm consumers in the event that the law passed. However, as Ken Jacobs, the chair of the UC Berkeley Center for Labor Research and Education, told Salon in September 2019, such changes aren’t written in the law; they were the companies' choice in an attempt to gain political will to avoid having to comply.

"They are saying how they might respond, actions they might take — but those are their decisions... [not] the requirement of the law,” Jacobs told Salon.

As reported by the Washington Post, Uber has been working away on a project known as Project Luigi since October to change Uber’s app for California drivers. According to the report, Uber spokesman Noah Edwardsen said the company is “making a number of changes to the Uber marketplace, which tens of thousands of California drivers use to find flexible work. While we are confident that drivers are already correctly classified, these product changes will further strengthen drivers’ independence and preserve their ability to work when, where and how they want.”

John Costa, International President of the Amalgamated Transit Union, said in a media statement Uber’s response is “yet another indication that Uber has no intention of treating its drivers fairly and respectfully.”

“The Amalgamated Transit Union calls on California lawmakers to stand strong in the face of Uber’s scattershot attempts to avoid granting fair wages and basic benefits and protections to its drivers,”  Costa said.

It doesn't come as a surprise that this is Uber's response. As Salon has previously reported, it's hard to say definitively one way or another if Uber and Lyft can survive these changes, as their business models were entirely reliant on exploiting workers and keeping them as contractors.

“What I can say is that the way the business model is currently structured is that it is very much based on drivers being independent contractors and not treating them as employees,” Saba Waheed, a research director at the UCLA Labor Center, told Salon. “This business model was built on pretty exploitative conditions for drivers.”

Even in the absence of AB5's passage, an increase in costs of Uber and Lyft was inevitable, as the company continues to subsidize costs in its price war with Lyft and attempt to win market share. Both companies continue to bleed investor money, and neither are profitable.

"The cheap fares aren’t because they are cheap rides, it’s because drivers aren’t paid well and they are subsidizing part of that fare,” Waheed said.