Tarantino played an Elvis impersonator in a "Golden Girls" episode, and the residuals really paid off 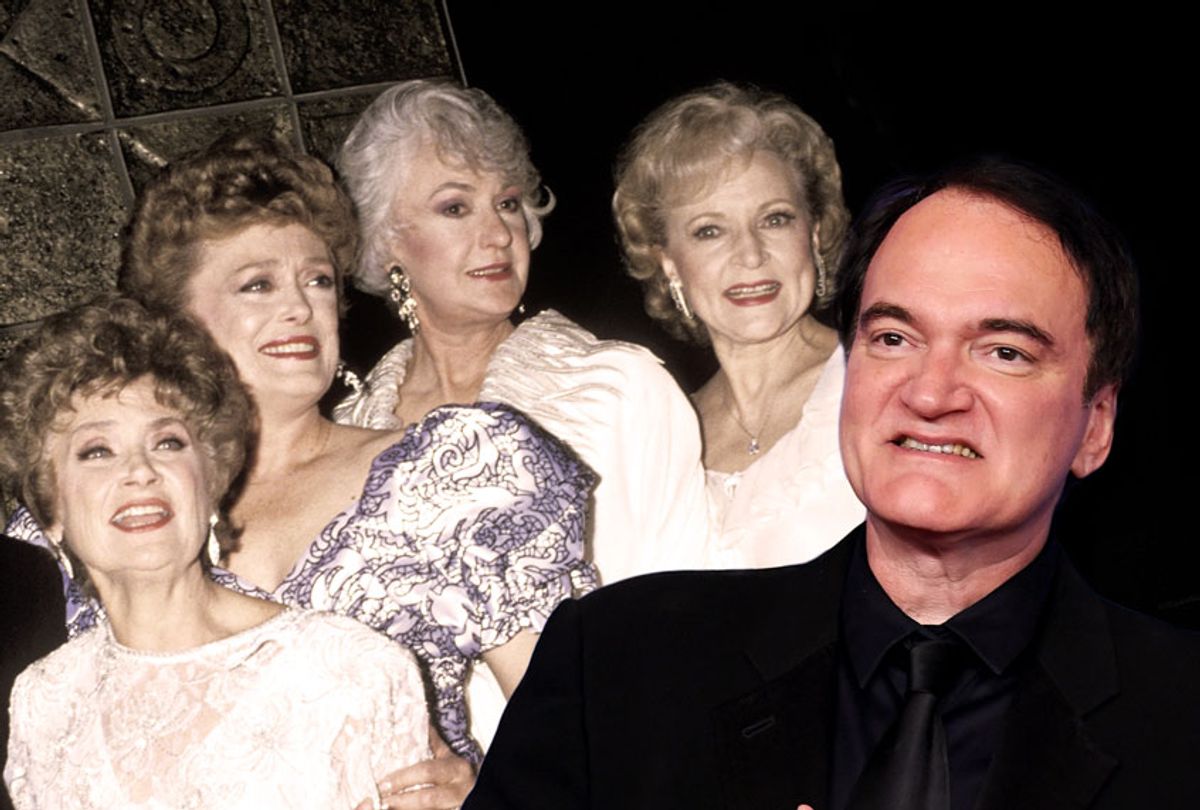 If it wasn’t for “The Golden Girls,” the world apparently may not have “Reservoir Dogs,” “Pulp Fiction,” the “Kill Bill” franchise or many of the other critically-acclaimed films from the library of Oscar winner Quentin Tarantino.

After describing to “The Tonight Show” host Jimmy Fallon how he started out in Hollywood as a struggling actor, Tarantino recalled that "one of the jobs I did get — and not because I did a wonderful audition, but simply because they sent my picture in and they said, 'He's got it' — was for an Elvis impersonator on 'The Golden Girls.'”

Tarantino remembered how his hair style and wardrobe were genuinely Elvis-esque at that time in his life. He then revealed how that brief appearance on “The Golden Girls” helped launch his film career.

"It became a two-part 'Golden Girls,'” Tarantino recalled to Fallon. “So I got paid residuals for both parts. It was so popular. They put it on a 'Best of The Golden Girls,' and I got residuals every time that showed. So I got paid maybe — I don't know, $650 for the episode. But by the time the residuals were over three years later, I made like $3,000. And that kept me going during our pre-production time trying to get 'Reservoir Dogs' going."

Fallon also praised Tarantino’s directorial skills during the broadcast, at one point gushing when the director began calling what which shots to use. Tarantino ordered one of the cameras to slowly zoom in on him as he told his story about playing Elvis on “The Golden Girls.” He also explained how he specifically impersonated a younger version of Elvis Presley rather than the man he became later in life.

The director’s most recent film, “Once Upon a Time in Hollywood,” won three Golden Globes at the recent awards ceremony. Its victories included Best Musical or Comedy, Best Supporting Actor (Brad Pitt) and Best Screenplay (Tarantino).

“While it contains much of the same intelligent dialogue and engrossing universe-building as the best Tarantino movies, this film lacked the same compelling storytelling that made earlier Tarantino works like ‘Reservoir Dogs,’ ‘Pulp Fiction,’ and ‘Jackie Brown’ classics,” I wrote in my review for Salon. “It feels like Tarantino is so wrapped up in indulging in his own filmmaking style that he loses sight of what made his best movies work. The result is a film that, though entertaining, feels a bit like a missed opportunity.”

“Tarantino wants to be the guy who rewrites history, either erasing past atrocities or allowing the victims to achieve the exploitation movie equivalent of justice,” the review continued. “In the 2009 film ‘Inglourious Basterds,’ he did this by having Jews terrorize Nazis and ultimately assassinate Adolf Hitler himself, thereby bringing an end to World War II and avenging the Holocaust. In the 2012 movie ‘Django Unchained’' Tarantino had a former slave destroy a plantation, murdering its owner and employees before blowing up the estate itself.” The payoff in “Once Upon a Time in Hollywood,” the review argued, was not nearly as satisfying.