Laurence Tribe: Mitch McConnell has no right to "dismiss" articles of impeachment 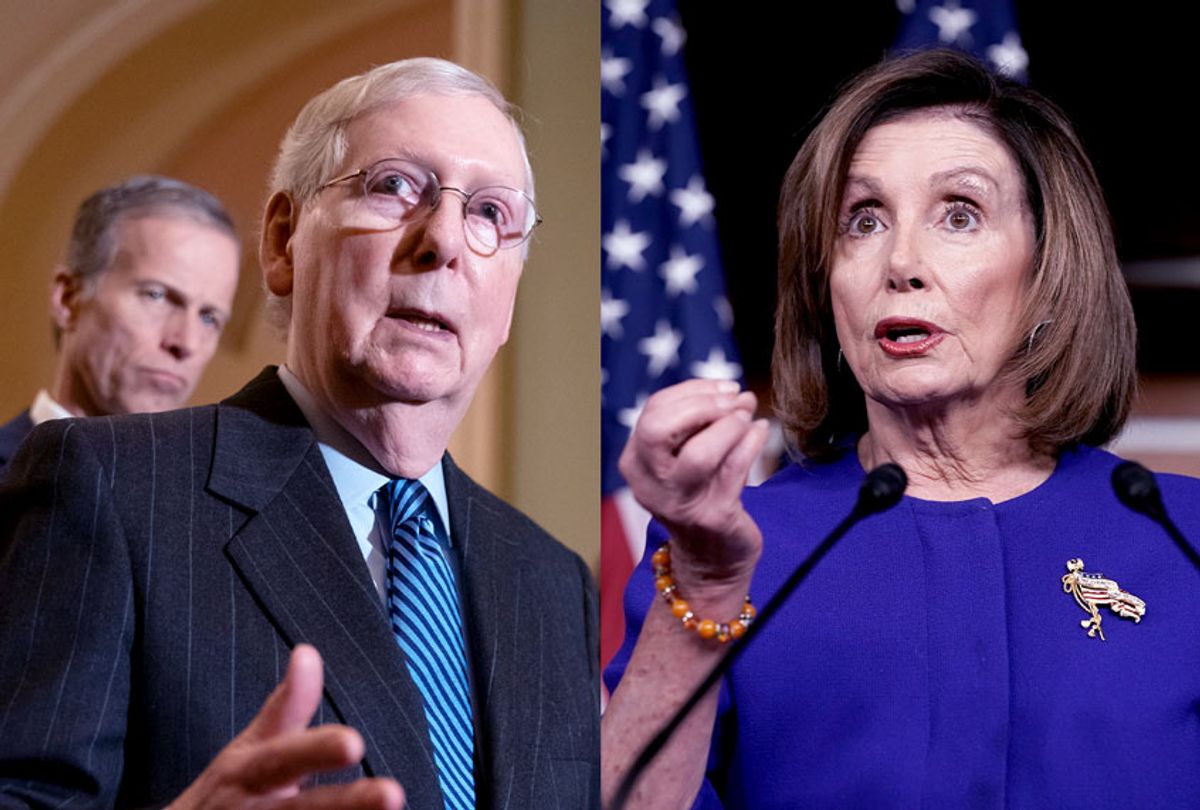 In recent days, Senate Majority Leader Mitch McConnell has floated the idea that the Senate might vote to dismiss the articles of impeachment against President Trump without ever holding a trial. Harvard Law professor Laurence Tribe, who helped House Democrats draft the articles of impeachment in the first place, told Salon this week McConnell has no right to do that.

Tribe noted that a rules change proposed last week by Sen. Josh Hawley, R-Mo., and endorsed by McConnell "would purport to alter that situation, but such a change would require a two-thirds vote of the Senate, and I know of nobody familiar with the Senate who sees any chance of such supermajority support for the change." In supporting such a rules change, Tribe said, "McConnell was essentially telling Speaker [Nancy] Pelosi, the House and the nation that he intends to do all he can, rules or no rules, to cover up the obviously grave charges against President Trump embodied in the two articles of impeachment voted by the House in December."

Tribe said he agreed with Pelosi's characterization of any attempt to dismiss the articles as a "cover-up," adding:

Given the way McConnell and Trump have moved in lockstep on everything in which [Vladimir] Putin has had a hand or has taken an interest, including our presidential elections, that posture is less surprising than it is lawless — lawless in light of the oath to "do impartial justice" that McConnell will be bound to take under the impeachment rules in place since the late 19th century.

McConnell's refusal to negotiate on the rules of a Senate trial, Tribe said, was a major break with precedent and a nakedly "partisan" attempt to protect the president and ensure his rapid acquittal.

McConnell refused to accede to any of the House Democrats' prerequisites for transmittal of the articles simply because, given the Senate's sole power to try impeachments, he could do so — and because it served both his and President Trump's partisan political interests not to budge in response to Speaker Pelosi's entirely reasonable request that, before naming the impeachment managers that would prosecute the articles of impeachment in the Senate, the House should at least be informed of the ground rules that would set the parameters of the trial in which those managers would serve as prosecutors.

Without knowing "when and how the Senate would decide matters relating to the calling of witnesses and the subpoenaing of relevant testimony and essential documentary evidence," Tribe said, Pelosi could hardly be expected to select her team of impeachment managers.

McConnell … simply refused to negotiate or compromise, insisting that some variant of the rules that governed the [Bill] Clinton impeachment trial would be followed — notwithstanding the crucial ambiguities in that position, the obvious differences in the Clinton and Trump situations, and other such factors. The delay in submitting the articles thus resulted in no change in McConnell's stance, but it did, as Speaker Pelosi explained in her Jan. 10 letter to colleagues, considerably alter the situation in which the trial will proceed.

Tribe was an early advocate of having House Democrats refuse to submit the articles of impeachment to the Senate unless Pelosi could extract a guarantee that the trial would be conducted impartially. In an interview with Salon last month, he compared Pelosi's predicament to that of a criminal prosecutor who learns that a jury foreman "has threatened to let the accused decide how the trial will be conducted — and has intimated that it will be a 'trial' in name only, one orchestrated in close coordination with defense counsel," while other jurors "also announce that they don't intend to listen to any evidence but have already made up their minds to acquit."