"I wouldn't do anything without the consent of Rudy Giuliani or the president," Parnas tells MSNBC's Rachel Maddow 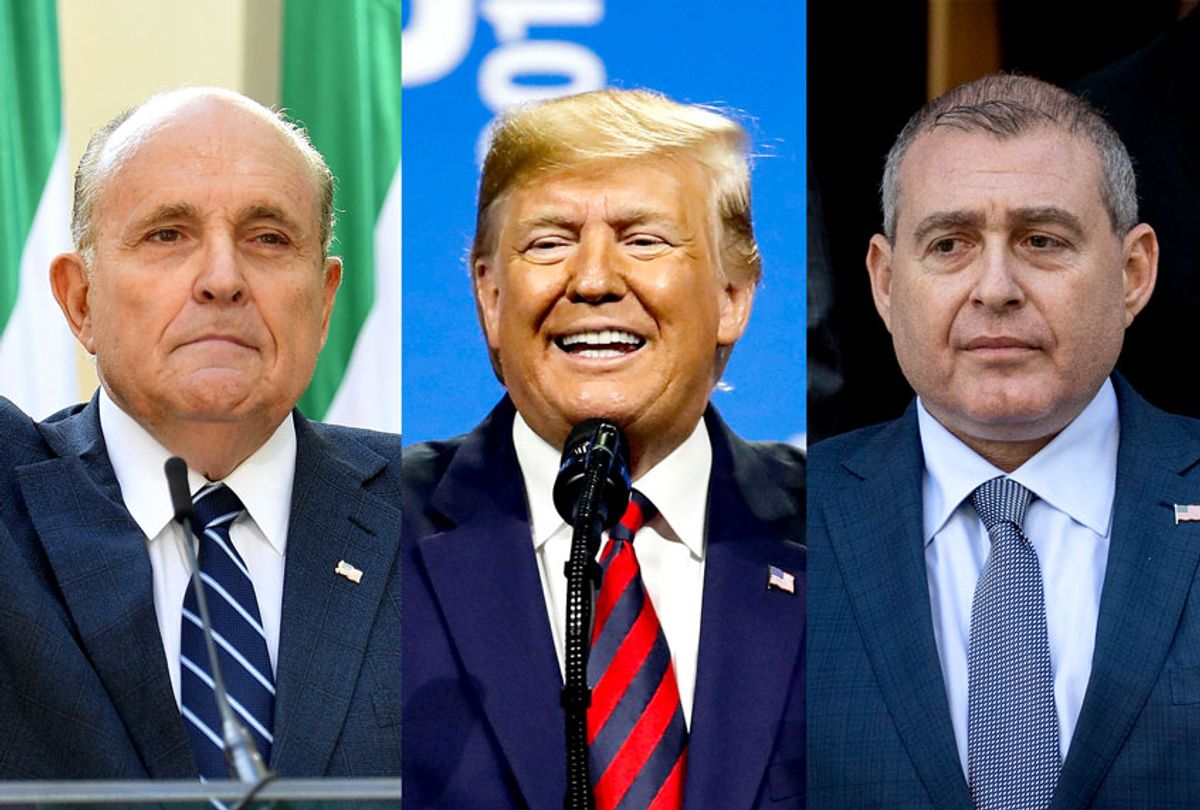 Lev Parnas, the indicted associate of former New York Mayor Rudy Giuliani, directly implicated President Donald Trump in the campaign to pressure Ukraine into investigating former Vice President Joe Biden. That scandal is at the heart of an historic impeachment trial set to begin in the Senate.

"President Trump knew exactly what was going on," Parnas alleged to MSNBC's Rachel Maddow in his first televised interview on the scandal Wednesday night. "He was aware of all of my movements."

Parnas, who was arrested with his associate Igor Fruman last year, has been indicted on campaign finance charges. The interview took place in the hours after Parnas turned documents contradicting the claims of Trump and his legal team over to investigators in the House of Representatives. The president has repeatedly claimed that he does not know Parnas, even though the pair were captured together in numerous photographs.

Parnas sought to further cast doubt on Trump's claims Wednesday by questioning why high-ranking foreign officials would meet him without the involvement of Giuliani or the president.

"I wouldn't do anything without the consent of Rudy Giuliani or the president. I have no intent — I have no reason to speak to any of these officials. I mean, they have no reason to speak to me," he told the MSNBC anchor. "Why would President Zelenskiy's inner circle or Minister Avakov or all these people or President Poroshenko meet with me? Who am I?"

"They were told to meet with me, and that's the secret that they're trying to keep," Parnas claimed. "I was on the ground doing their work."

The House delivered two articles of impeachment to the Senate Wednesday, which accuse the president of abusing his power by withholding nearly $400 million in military aid appropriated by Congress to Ukraine as leverage in a pressure campaign seeking probes into his potential rival Joe Biden and Democrats ahead of Election Day. The president was also impeached for obstruction of Congress.

Parnas made clear Wednesday that the president and his associates were not seeking to stamp out corruption in Ukraine, as has been repeatedly claimed.

"It was all about Joe Biden, Hunter Biden . . . It was never about corruption," he told Maddow.

Former acting solicitor general Neal Katyal and former Department of Justice official Joshua Geltzer wrote in a joint Washington Post op-ed that the new evidence turned over to Congress by Parnas earlier this week "demolished" Trump's defense ahead of his looming trial.

"These new documents demolish at least three key defenses to which Trump and his allies have been clinging," they wrote. "The documents released Tuesday now show what Trump has been so afraid of."

The renowned Harvard Law School professor Laurence Tribe went so far as to predict that the evidence from Parnas could be "the tip of a vast iceberg."

"The more I see of the Parnas trove of evidence as the tip of a vast new iceberg — one that includes Trump's stalking and endangering his own Ambassador to Ukraine, Marie Yovanovitch — the less prepared I'd be to bet that Trump will survive the upcoming Senate trial," he wrote on Twitter.

Onlookers have speculated that Parnas could be making a possible bid for leniency in his criminal case. However, Parnas asserted to Maddow on Wednesday that his only motivation to come forward at this time was to tell the truth.

"I want to get the truth out, because I feel it's important for our country," the indicted associate of Giuliani alleged.