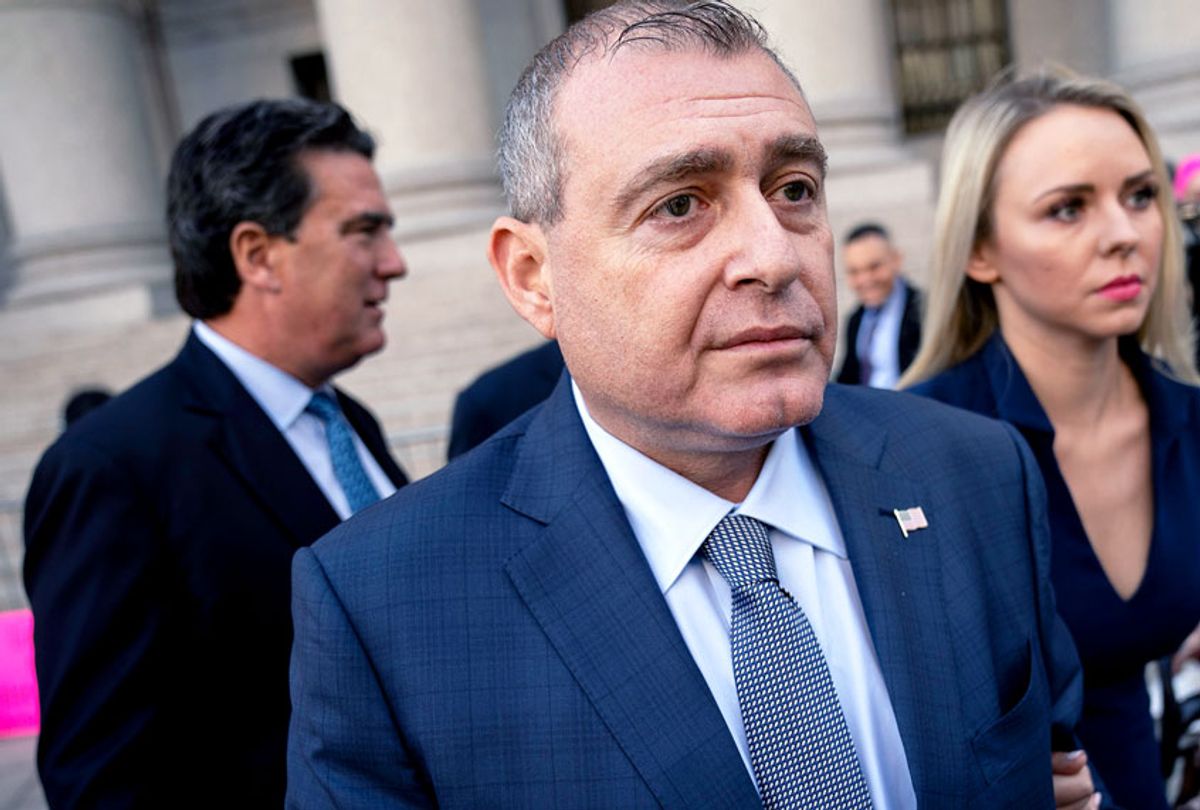 Documents turned over by Parnas to House committees investigating the president explicitly show that Parnas plotted to get Ukraine to investigate "the Biden case" and suggest that he may have had former Ukraine Ambassador Marie Yovanovitch surveilled. The documents also included a letter from Giuliani to Ukrainian President Volodymyr Zelensky asking for a meeting as the "private counsel to President Donald J. Trump."

Parnas, who was arrested alongside associate Igor Fruman last year, is charged with funneling foreign money to Republicans. Both men, who played a key role in Giuliani's hunt for damaging information on Biden in Ukraine, pleaded not guilty. His attorney turned in the documents, which were seized by federal investigators in the arrest, over the weekend.

Giuliani's letter states that he was explicitly working in his capacity as Trump's personal attorney, undercutting the president's claim that the effort was in the country's interest because it was aimed at rooting out corruption. It also contradicts Trump's claim that Giuliani may have been working for other clients or for himself in Ukraine.

"In my capacity as personal counsel to President Trump and with his knowledge and consent, I request a meeting with you," Giuliani wrote to Zelensky in a letter dated May 10, 2019.

The letter came one day after Giuliani told The New York Times that he planned to travel to Ukraine to find damaging information on Biden, which could help Trump's re-election campaign.

The documents also included a text message exchange in which a former Ukrainian prosecutor offered Giuliani damaging information related to Biden in exchange for his help in ousting Yovanovitch, who criticized his office.

"I have discussed the issue of representation with the president," Sekulow wrote to Dowd in an email dated October 2, 2019. "The president consents to allowing your representation of Mr. Parnas and Mr. Fruman."

Dowd represented both men before Parnas fired him and agreed to cooperate with impeachment investigators after Trump claimed that he did not know him despite appearing in numerous photos with him.

The documents included a handwritten note by Parnas on Ritz-Carlton stationery, which suggest that he was directly involved in the Ukraine scheme.

"Get Zalensky [sic] to Annonce [sic] that the Biden case will Be Investigated," Parnas wrote.

"In response to some articles, tweets, and videos accusing the Ambassador of being disloyal to President Trump, Mr. Hyde wrote 'Wow. Can't believe Trumo [sic] hasn't fired this bitch. I'll get right in that. Mr. Hyde then sent a series of text messages suggesting that he had Ambassador Yovanovitch under physical surveillance in Kyiv and that 'They are willing to help if we/you would like a price,'" Schiff said in the letter to Nadler.

"The new documents released Tuesday evening by the House Intelligence Committee were devastating to Trump's continuing — if shifting — defense of his Ukraine extortion scandal, just days before his impeachment trial is likely to begin in the Senate. These new documents demolish at least three key defenses to which Trump and his allies have been clinging," they wrote. "The documents released Tuesday now show what Trump has been so afraid of."