This crunchy quinoa snack will give you an energy boost with cacao, coconut, and dates 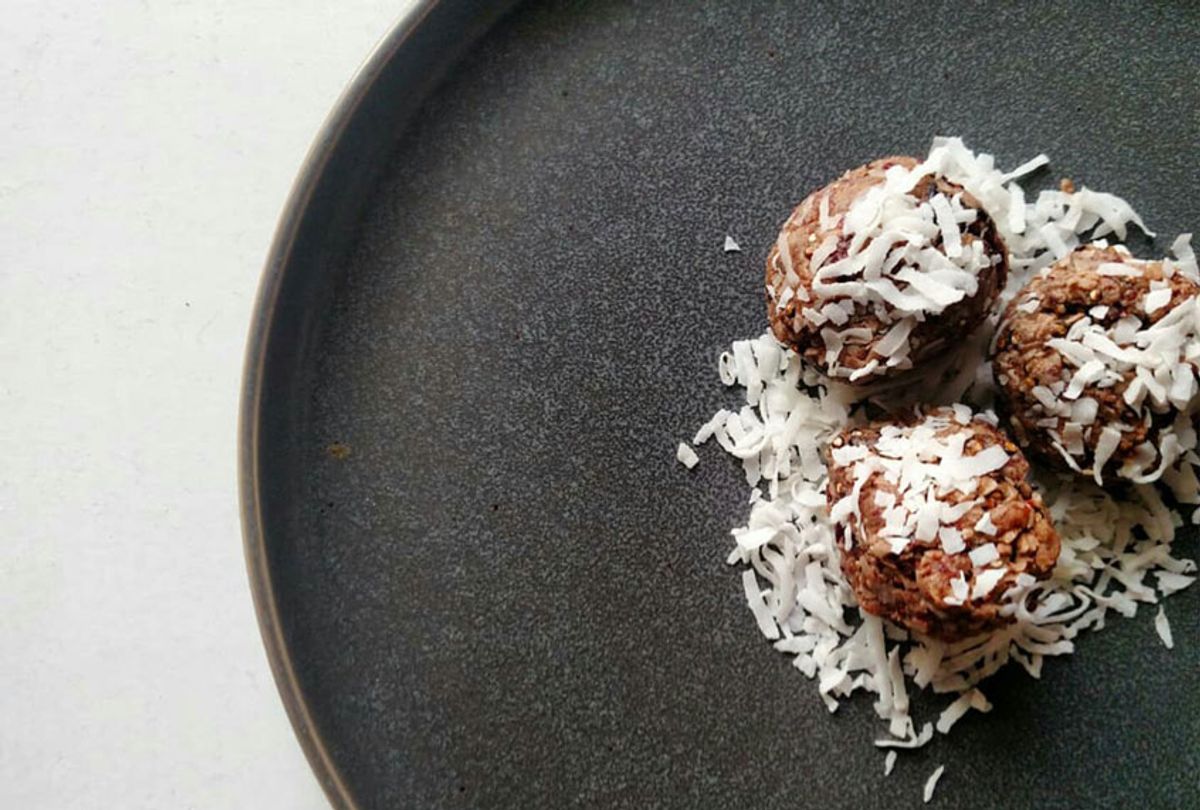 When I began working from home last summer, my snacking habits went absolutely off the rails. I had no coworkers to observe me eating peanut butter straight from the jar (washed down with gulps of coffee) or making toast with whatever toppings — sweet, savory, bizarre — were placed in the forefront of the fridge. I was in the habit of meal-prepping for my lunches and dinners, but prepping snacks hadn't occurred to me until then; that's when the idea for these puffed quinoa energy balls originated.

The combination of quinoa and almond butter packs a punch of protein and texture, while the combination of pitted dates and cacao nibs are naturally sweet and vegan. These snacks keep best in the fridge, where you can grab one or two whenever the mood strikes.

1. First, you need to make the puffed quinoa. Rinse the quinoa thoroughly, strain, and pat dry before placing it on a sheet pan. Bake at a low temperature — 200 to 250 degrees seems to be a sweet spot — until thoroughly dried, about 15 minutes.

2. In a skillet, melt coconut oil over medium heat. Add the dried quinoa and cover with a lid, moving the pan constantly over the heat, just like you would if you were popping popcorn over the stove. The quinoa will make a gently popping sound. This is a relatively slow-going process. It will take about 10 minutes for all the quinoa to pop.

3. Remove from the pan and set aside.

4. In a high-powered blender, combine dates, shredded coconut, cacao nibs, dried cranberries, almond butter and puffed quinoa. Blend on low until the mixture reaches the desired consistency. I like a little texture to mine, personally.

5. Roll the mixture into 20 uniform balls, then roll those in the leftover shredded coconut. Place into an air-tight container and refrigerate until set, about one hour.

6. These energy balls can be freezed for up to two months; they last in the fridge for about one week.