"I don't think Vice President Biden did anything wrong," Parnas says. "I think he was protecting our country" 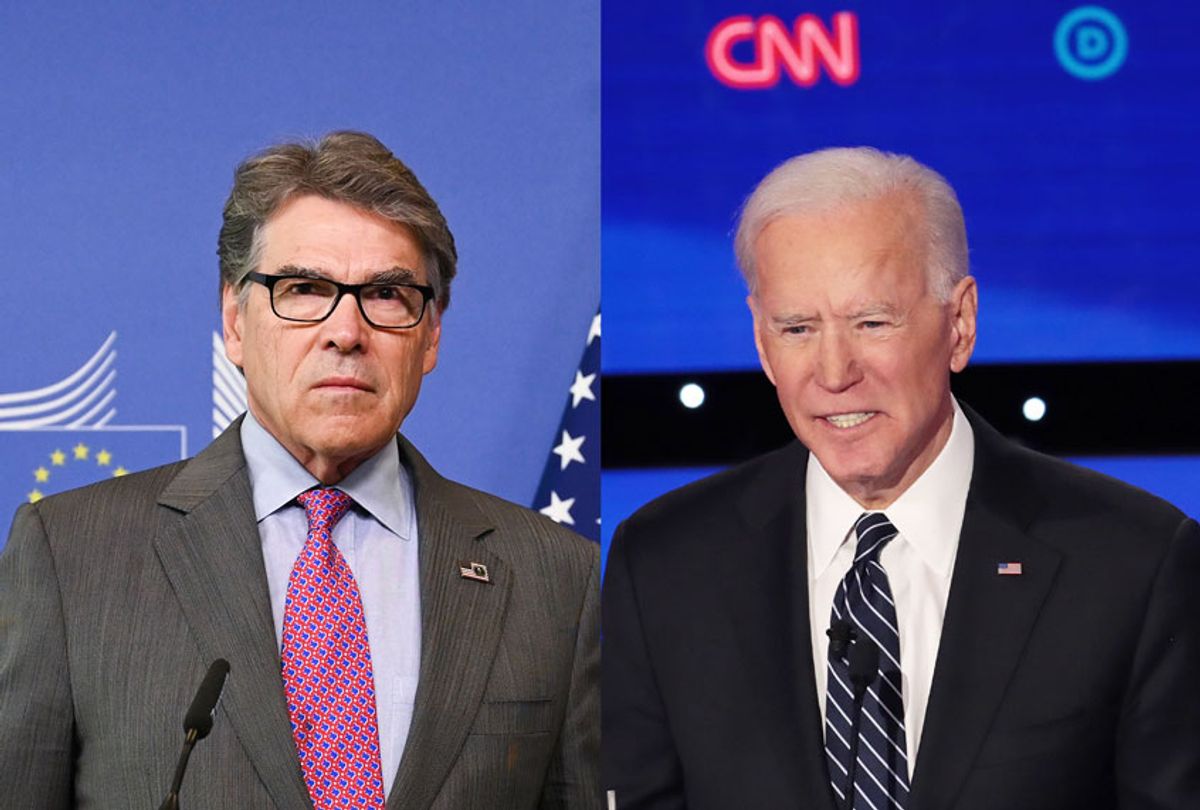 Lev Parnas, an indicted former associate of Rudy Giuliani who helped him search for dirt on Joe Biden in Ukraine, told MSNBC he does not think the former vice president did anything wrong.

Parnas was a key player in helping Giuliani and President Donald Trump push a debunked conspiracy theory claiming that Biden pushed to have a prosecutor in Ukraine fired in order to protect his son, who sat on the board of a Ukrainian company, which had been investigated for corruption. After spending months helping Giuliani pursue leads in Ukraine, Parnas told MSNBC's Rachel Maddow that he believes Biden is innocent.

"After analyzing all the evidence and sitting back and really understanding what's going on, I don't think Vice President Biden did anything wrong," Parnas said. "I think he was protecting our country and getting rid of, probably, a crooked attorney general."

Parnas said that Giuliani went to Ukraine to search for damaging information on the Bidens. People in Ukraine were purportedly willing to feed him stories, because "rich people in Ukraine have their own agenda."

Parnas, who implicated Vice President Mike Pence, Attorney General Bill Barr,and Rep. Devin Nunes, R-Calif., in Trump's Ukraine scandal during excerpts from the interview that aired on Wednesday, went on to implicate former Energy Secretary Rick Perry in the effort to get Ukraine to publicly announce an investigation into the Bidens.

Parnas told Maddow that Perry told Giuliani that he would attend Ukrainian President Volodymyr Zelensky's inauguration in May. He allegedly asked Trump's personal attorney what he should discuss with the new Ukrainian leader. After the inauguration, Parnas claimed Perry called Giuliani to inform him that he got Zelensky to agree to publicly announce the investigation into the Bidens.

Parnas said Giuliani "blew his lid" when Zelensky later announced a wide-ranging corruption investigation but did not mention Biden by name.

"It wasn't supposed to be a corruption announcement," Parnas said. "It [had] to be about Joe Biden and Hunter Biden and Burisma."

In excerpts from the interview that aired Wednesday, Parnas told Maddow that Trump never cared about corruption in Ukraine. "It was all about Joe Biden, Hunter Biden," he said.

Parnas told Maddow that he decided to speak out because he wanted to protect himself from Barr's Department of Justice.

"They're trying to scare me into not talking," Parnas said of the DOJ, which indicted him on charges that he illegally funneled foreign money to Republicans. "My wife is scared. My kids are nervous."

Parnas, who pleaded not guilty to the charges, said former Trump lawyer John Dowd pressured him in jail not to cooperate with the House impeachment inquiry after his arrest.

"Were they telling you to sacrifice yourself to protect the president?" Maddow asked.

"That's the way I felt," he said, adding that he fired Dowd as his attorney after the incident.

Trump denied ever speaking to the Giuliani associate Thursday, despite appearing with him in numerous photographs.

"I don't know Parnas, other than I guess I had pictures taken, which I do with thousands of people," Trump told reporters. "I don't know him at all, don't know what he's about, don't know where he comes from, know nothing about him . . . I don't believe I've ever spoken to him."

Parnas' attorney Joseph Bondy responded to the claim by posting a video on Twitter showing Trump speaking with Parnas and others at Mar-a-Lago in 2016.

CNN host Chris Cuomo said Thursday that calling Parnas a "Giuliani associate" is "way too limited," because "he is a full-fledged member of Trump Co," before showing a montage of numerous photos of Parnas posing with Trump, Trump's family and his associates.

"When Parnas was 16, he worked at Kings Highway Realty, selling Trump Organization co-ops," Adam Entous wrote in The New Yorker.

Entous added that since the 90s, "on visits to New York, he stayed at Trump properties."

Parnas told CNN on Thursday that he would release more photos of him with the president if Trump continued to deny knowing him.

"I welcome him to say that even more," Parnas said. "Every time he says it, I'll show them another picture."