The streaming regime is a terrible way for artists to make a living. A punk co-op just fixed that 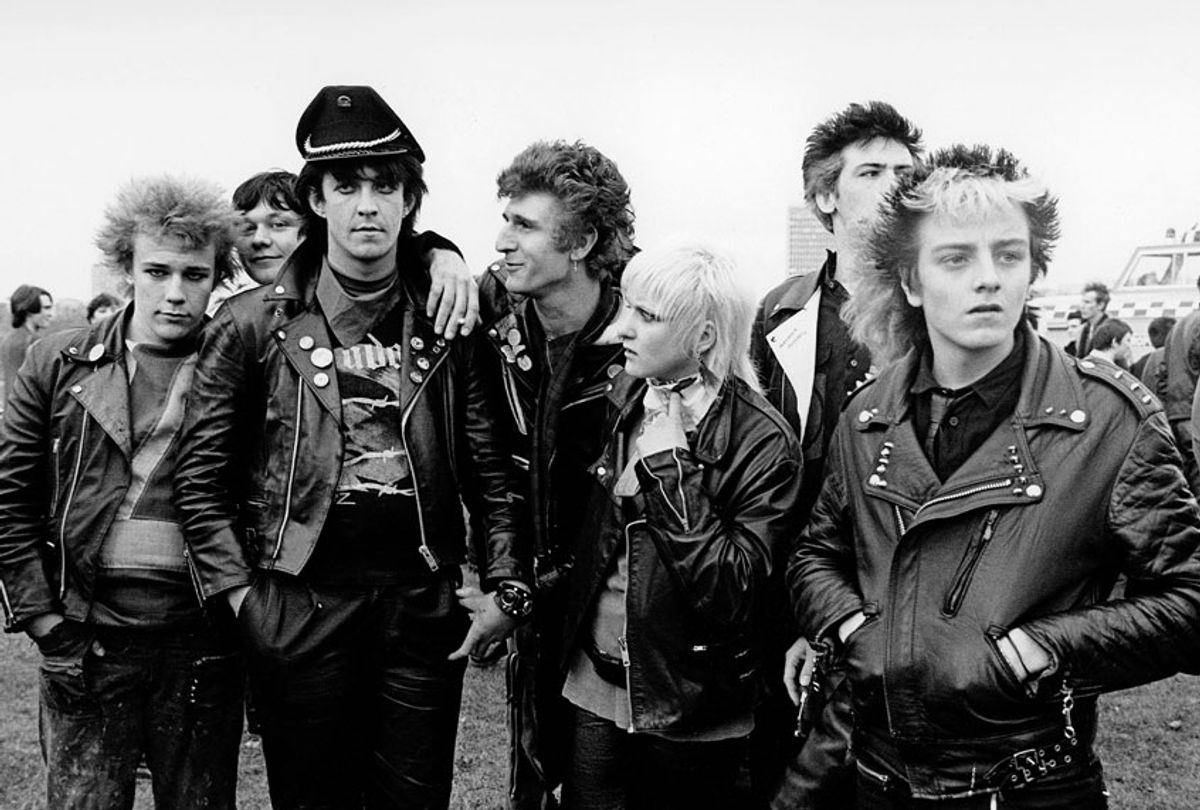 Photo of punks in the UK (Virginia Turbett/Redferns/Getty Images)
--

With the rise of Napster and the decline of compact discs, music industry revenues were essentially in free fall from 2004 through 2015. The rise of streaming services like Spotify and Apple Music are largely responsible for the industry's sharp spike in revenue in the past few years. Yet while streaming has been a plum deal for music executives, it turns out that it's hard for artists to make a living from streaming: the average artist makes around 1/10 of a cent per listen, according to some estimates. As a result, it's possible to be both very popular and barely scraping by. Even after members of Grizzly Bear became indie favorites, with millions of streams on Spotify, sold-out concerts, and licensing deals with major brands, the band's members still struggled to pay rent. And viral stars who gain notoriety from posting original music on Youtube and TikTok rarely see success after the hype has faded.

This is because music superstars actually make most of their money from paid promotions, advertisements, and TV appearances, while less-famous artists fill the gaps in their finances with side gigs. In the music industry, then, artists have to commercialize quickly, or resign themselves to financial struggle. This severely narrows the range of musicians who can afford to make music, especially if they want to go against the grain. Is there an alternative? Interestingly, a small but determined group of artists, inspired by cooperative principles, started a site that avoids all the ills of corporate streaming giants' platforms.

Dick Hebdige, writing about the British punk scene in the 1970s, referred to the punk genre as a "a temporary blockage" in the dominant system of representation. Groups like the Clash and the Sex Pistols caused an uproar during their rise to fame by breaking established rules around art and decency. In other words, they were truly subversive — until they made it big. Once they became popular, however, their anti-authoritarian style was co-opted, mass-produced, and corrupted by record labels and merchandisers.

Hebdige saw co-optation and commercialization as the unfortunate and inevitable fate of all counter-cultural movements in capitalist society. Drawing on the theories of Marx and Gramsci, he characterized punk and other fads as brief flames of resistance that were doomed to be ephemeral. In his 1979 book "Subculture: The Meaning of Style," Hebdige laments that resistant subgroups can only exist in pure form for a brief period before being co-opted by the dominant capitalist system.This dynamic hasn't disappeared with the rise of the internet.

This conundrum extends beyond music and the arts. It also affects independent and radical news media, who have long been faced with the impossibility of creating a truly independent  "fourth estate" that is not financially wedded to the government (as with public media) or private interests (as with news corporations and non-profit media funded by large charitable donations).

Ampled, a small arts start-up founded by a group of musicians, designers, and software engineers, appears to be building an alternative way forward. Following in the footsteps of crowdsourcing platforms like Patreon and Kickstarter, Ampled uses the horizontality of the internet to bypass industry gatekeepers, allowing artists to gain direct financial support from fans who pay money to see exclusive content.

Ampled's truly radical potential, however, comes from its co-op structure. The company incorporated in 2018 as a worker and artist-owned collective, which means that unlike Patreon, Ampled's artists have financial and decision-making power within the company. This forestalls some of the issues that Patreon has encountered with their Creators, who argue that Patreon is more interested in supporting individuals with large existing followings than smaller-scale independent artists.

More importantly, however, Ampled's co-op model allows for an escape from the resistance-to-appropriation cycle that Hebdige saw as unavoidable. As part of a co-op, artists and members become part of a community where democratic decision-making and radical transparency are standard operating procedure — everything from the organization's financials to its website structure is online and open for members to debate. This focus on long-term sustainability and community represent a conscious turn away from the (capitalist) internet's focus on immediacy and viral content, and start-up culture's tendency towards quick exits.

This model also takes on the venture capital industry, which often forces early-stage companies to cede large stakes in their company in order to obtain the capital they need to survive. This allows financial investors to steer potentially sustainable companies towards less sustainable practices in order to guarantee that such firms receive the maximum ROI. Ampled instead partnered with CUNY Law School to draw up term sheets based for revenue-based financing, which returns a percentage of top-line revenue to investors in place of partial ownership over the company. Their terms also allow investors to recall their loans if Ampled does not deliver on its stated social mission. This means that investors are buying in to the community as well as the business, and that co-op members have an incentive to stay committed to Ampled's collective ethos.

The company is part of a small but growing movement towards platform cooperativism, which offers collective ownership as an ethical and viable alternative to Big Tech. Drawing on the long history of "offline" worker-owned cooperatives, sites like the Internet of Ownership offer tools and advice to people who want to build an internet that is open, democratic and responsive to its users, much like the early World Wide Web.

The movement not only makes space for truly independent expression in an attention economy, but also gives real power to users amongst mounting concerns over tech monopolies, unbridled datafication, and unsustainable business practices. Could platform cooperatives be the answer? I don't know. As it stands, we are a long way from cooperativizing Twitter — and Ampled, still in beta mode, doesn't yet provide its artists with a livable income. But given the alternatives, it seems like a pretty good place to start.

Liliana Harrington is a researcher interested in finding ways to build an open and collective internet. She studied media sociology at the University of Cambridge and received her undergraduate degree from Brown University.