Conway skewered for comparing Trump to Martin Luther King Jr.: "It's like blackface on Halloween" 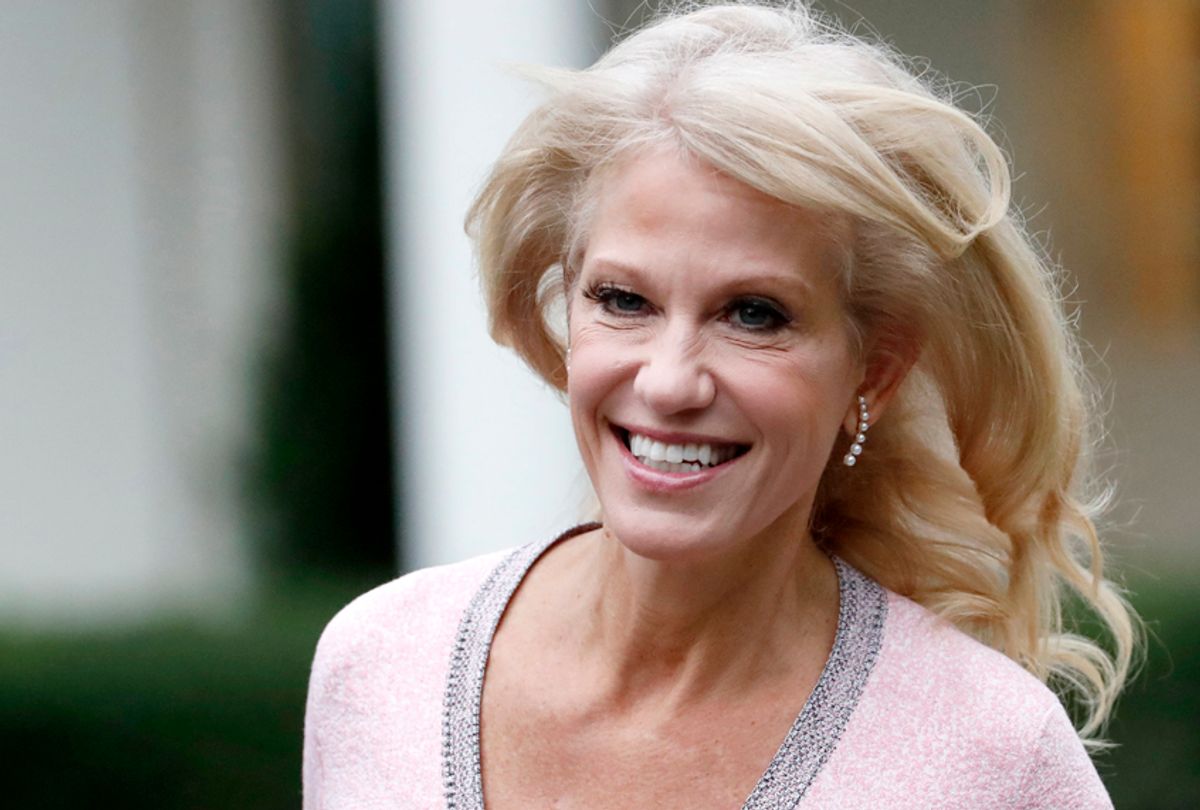 White House counsel Kellyanne Conway sparked outrage by comparing the impeachment of President Donald Trump to the tribulations endured by Dr. Martin Luther King Jr. as he fought for the civil rights of black Americans.

"Well, I can tell you that the president is preparing for Davos and agrees with many of the things that Dr. Martin Luther King stood for and agreed with for many years, including unity and equality," Conway told a group of reporters when explaining why Trump was not formally celebrating Martin Luther King Jr. Day. "And he's not the one trying to tear the country apart through an impeachment process and a lack of substance that really is very shameful at this point."

Conway added that she did not believe it was "within Dr. King's vision to have Americans dragged through a process where the president is not going to be removed from office — is not being charged with bribery, extortion, high crimes or misdemeanors. And I think that anybody who cares about 'and justice for all' on today or any day of the year will appreciate the fact that the president now will have a full-throttle defense on the facts."

Bernice King, the daughter of the late civil rights activist, responded to Conway's comments by tweeting: "Until a person commits to better understanding and then better understands my father's teachings and methodologies, I REALLY wish they'd keep his name, and incorrect analysis, out of their conversations about current issues."

Agreeing with King's sentiments, the tennis Grand Slam champion and LGTQ rights activist Martina Navratilova, added: "New rules- no white republican should ever surmise what any black person was or is thinking or feeling. Period."

Rolling Stone writer Jamil Smith also condemned Conway's remarks, tweeting that "this is so ignorant that it cannot be anything but deliberately cruel. It's like blackface on Halloween. You can count on this kind of rubbish every single Martin Luther King, Jr. Day. This isn't merely gross co-option. It angers people, and she knows it."

"I would laugh but the fact that this actually happened makes me want to cry," Daily Beast editor-at-large Molly Jong-Fast wrote on Twitter.

Dr. Martin Luther King Jr. fought for civil rights and economic justice during his career as a minister and social activist, eventually losing his life after being assassinated in 1968. He famously argued that "the problem of racism, the problem of economic exploitation and the problem of war are all tied together. These are the triple evils that are interrelated."

President Donald Trump is faces an impeachment trial in the Senate after being accused of attempting to pressure Ukraine into opening an investigation into the Democratic National Committee and former Vice President Joe Biden. While there is no way of knowing for sure what King would have thought of Trump, the future president became famous in 1973 after he fought the federal government over alleged racial bias in his housing projects. Trump has continued to use racism as a political strategy during his presidency, infamously kicking off his 2016 presidential campaign by labeling Mexicans as rapists and murderers.