Lincoln Chafee is running for president again, and opposes impeachment. Does anyone care?

Former Democratic governor (and Republican senator) is running again. He doesn't want to talk about impeachment 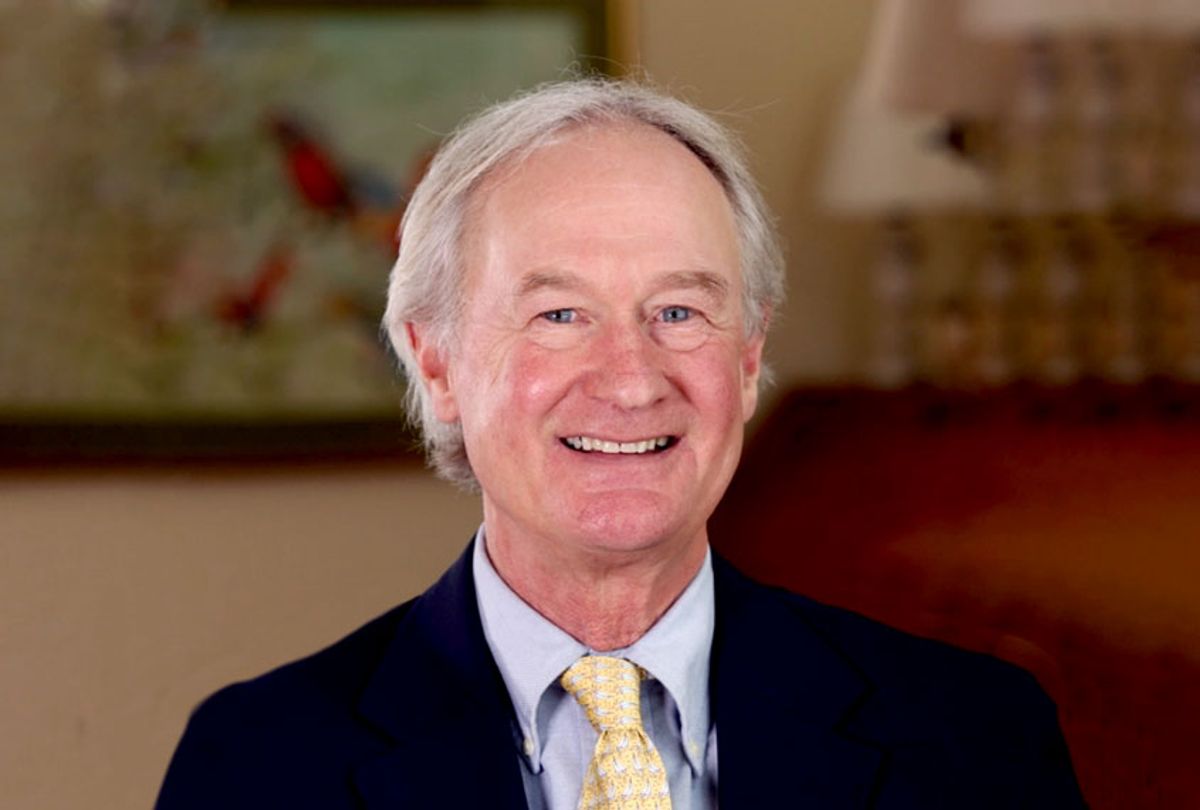 Lincoln Chafee is a former governor of Rhode Island, and before that was a U.S. senator from that state. He briefly ran for president in 2016 as a Democrat and is now running again, this time as a Libertarian. He told Salon last week that while he opposes most of President Trump's agenda, he also opposes impeaching the president. "Too much energy," he said, "is being spent on whether these facts or so-called facts [of the Ukraine scandal] are accurate or not."

Chafee has had an unusual political odyssey. He was a Republican until 2007, one of the last of the old-line Northeastern moderates in that party to hold major office. Then he ran for governor as an independent in 2010 before becoming a Democrat in 2013. He switched to the Libertarian Party in March of 2019, saying he had always been "fiscally conservative and socially liberal," and announced on Jan. 8 that he would run for the Libertarian presidential nomination.

That party has never quite become a serious player on the political stage, but it arguably showed signs of life in 2016. At one point during that campaign, the Libertarian nominee — former New Mexico Gov. Gary Johnson — polled at almost 13 percent, an unusually high number for a third-party candidate. Johnson ultimately got about 3 percent of the popular vote but didn't win any states or any electoral votes. (No third-party candidate has actually carried a state since George Wallace in 1968.)

A survey taken last month suggested that between 11 and 15 percent of Americans were open to a third party candidacy. In addition to Chafee, it's conceivable that Rep. Justin Amash of Michigan, a former Republican, may run for the Libertarian nomination. Amash famously quit the GOP last July after becoming the lone Republican in Congress to support the impeachment process. because of his dissatisfaction with the GOP's willingness to back Trump despite the president's many scandals.

Before speaking with Chafee, I reached out to Libertarian Party chairman Nicholas Sarwark for his reaction to House Speaker Nancy Pelosi's decision not to include Amash among the House impeachment managers. Some observers had argued that naming him could add at least a token appearance of bipartisanship to the proceedings.

"There are two competing narratives about impeachment," Sarwark said by email. "One, that it is a purely partisan exercise by the Democratic Party that is mad that the President got elected. Two, that it is a constitutional legal process to remove a President who abuses his power and disrespects a coequal branch of government.

"By choosing only Democrats to be impeachment managers, Speaker Pelosi feeds into that first narrative, and in some ways feeds into the President's defenders," Sarwark continued. Amash, he suggested, might have had "the potential to persuade Republicans in the Senate who have an open mind about the evidence in a way that Democratic impeachment managers might not." Pelosi, Sarwark argued, "gave up on trying to address the concerns of the majority of the country that doesn't identify with either of the two old political parties."

I began by asking Chafee about that, only to discover he didn't like the whole idea of impeaching Trump at all.

There were some reports that Pelosi might choose Justin Amash, the only Republican or former Republican congressman who has supported impeaching Trump, and who may wind up running against you in the Libertarian Party. Do you think Amash should have been selected?

No. No. This is such a partisan exercise, and the charges, to me, are so trivial in comparison to what Bush and Cheney did in getting us into Iraq, and the lies they told, blatant lies about weapons of mass destruction and other accusations about Saddam Hussein that were completely false. This is just a partisan exercise, and I think that Nancy Pelosi wanted some partisan managers.

Absolutely not. I don't support 99.9% of what he does, but this is just a partisan political exercise, just as blaming the election on the Russians was. It's just morphed from that two-year insanity to the next insanity. Just compare the charges to what Bush and Cheney did, and the $6 trillion we spent in Iraq, 4,000 dead Americans, a new generation of veterans coming back with post-traumatic stress syndrome, loss of American credibility in the world. There were no weapons of mass destruction.

Well, I'm not condoning those actions. But do you believe that Trump did not withhold the $391 million in aid from Ukraine? Or that it was appropriate for him to do so? Do you believe his request for an investigation into Joe Biden and the Democrats was appropriate? What is your interpretation of the facts at issue?

Believe me, I disagree with 99.9% of what Donald Trump stands for, but I believe these are trivial charges, and it's no different from the accusation that the Russians changed the election. We spent two years and how many millions of dollars, headlines daily on Russian investigation. It was a big fizzle, and this is no different.

But there are specific facts, in terms of military aid to Ukraine that was withheld, and in terms of the requests Trump were made. Where do you stand on those facts? Do you think that Trump had the legal right to do those things? You're saying that you don't think there is a compelling case for impeachment based on the known facts and clear evidence.

Well, too much energy is being spent on whether these facts or so-called facts are accurate or not. We have a $22.6 trillion deficit, we've got a trillion-dollar deficit for this year alone. We're in wars that are escalating in the Middle East. These are what the American people should be thinking about, talking about and debating. The big issues, not whether some military aid in Ukraine was held up because somebody wanted his political opponent investigated. It's an entire waste of time and a waste of priorities, to put it that way. This country has serious issues confronting it. A $22.6 trillion deficit, that's unsustainable.