Freshman Democrats want Rep. Justin Amash as impeachment manager. Will that boost him as 2020 candidate? 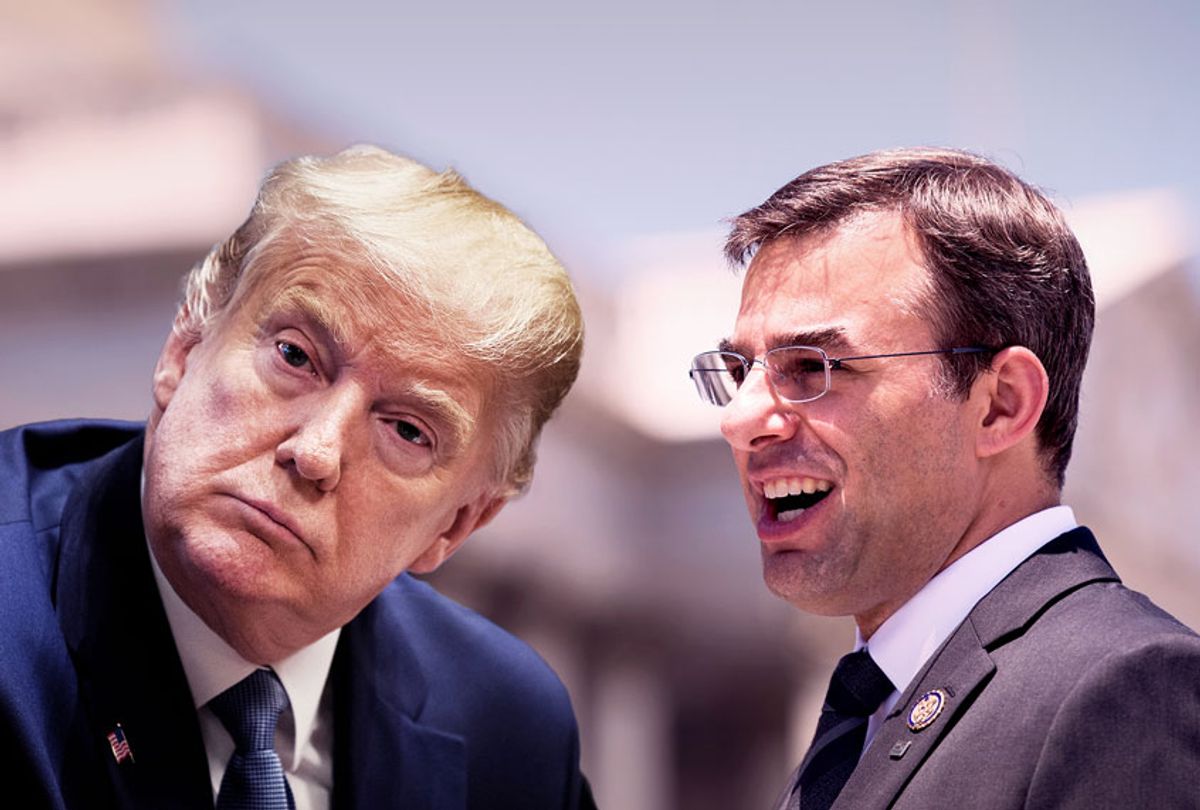 The chair of the Libertarian National Committee told Salon Monday that he believes “Libertarian Party delegates could be impressed” if House Democrats choose Rep. Justin Amash of Michigan, a former Republican Party, to serve as a manager in the Senate impeachment trial of President Trump.

Adding Amash "to the team of House impeachment managers would strengthen the presentation of evidence in the Senate trial and would be a smart move on the part of Speaker Pelosi,” Libertarian chair Nicholas Sarwark told Salon by email Monday. Amash's record "as a political independent with prior experience as a Republican ... would help present the strongest case to a majority Republican Senate," Sarwark continued.

"While no advocate can change the minds of those senators who have already decided the case before articles of impeachment have even been passed by the House, a conservative constitutional attorney who is no longer on Team Red or Team Blue may be able to persuade those Senators who will be faithful to their oaths to judge an impeachment trial impartially.”

Furthermore, Sarwark added, Amash's heightened public profile might put him on the Libertarians' radar screen as a potential candidate. “Libertarian Party delegates could be impressed if he does well in such a role, and it may increase calls for him to seek the Libertarian Party nomination next May at our national convention in Austin.”

A group of 30 freshman Democrats, led by Rep. Dean Phillips of Minnesota, have asked House Democratic leaders to consider choosing Amash as one of the House impeachment managers who will make the case before the Senate for the president’s conviction and removal, according to the Washington Post. They reportedly believe that Amash, who identifies as a constitutional conservative, may be able to appeal to Senate Republicans in a way that his Democratic colleagues could not. Amash’s presence would also make impeachment proceedings appear almost bipartisan, since was a Republican before becoming an independent in July.

Amash explained that he had grown disenchanted with partisan politics in an op-ed for The Washington Post at the time.

George Washington was so concerned as he watched political parties take shape in America that he dedicated much of his farewell address to warning that partisanship, although "inseparable from our nature," was the people’s "worst enemy,” He observed that it was "the interest and duty of a wise people to discourage and restrain it."

When Amash announced he was leaving the Republican Party, Sarwark told Salon that many Libertarians were already urging the 39-year-old congressman to seek their party’s presidential nomination.

"Of all the members of Congress, his positions seem to most closely match those of the Libertarian Party, so he would likely have a base of support within the party if he joins the contest that will be decided in Austin next May," Sarwark told Salon by email in July. Amash has not ruled out the possibility.

Last year, Salon interviewed former New Mexico Gov. Gary Johnson, the 2016 Libertarian presidential nominee and, like Amash, a former Republican. He summed up the predicament of his party — and all American third parties — in a single sentence: "Libertarians have to come up with some wins.”