Justin Amash on leaving the GOP: "It's a problem... when people aren't allowed to speak out"

Rep. Justin Amash of Michigan told CNN that he left the Republican Party because of disgust with hyper-partisanship 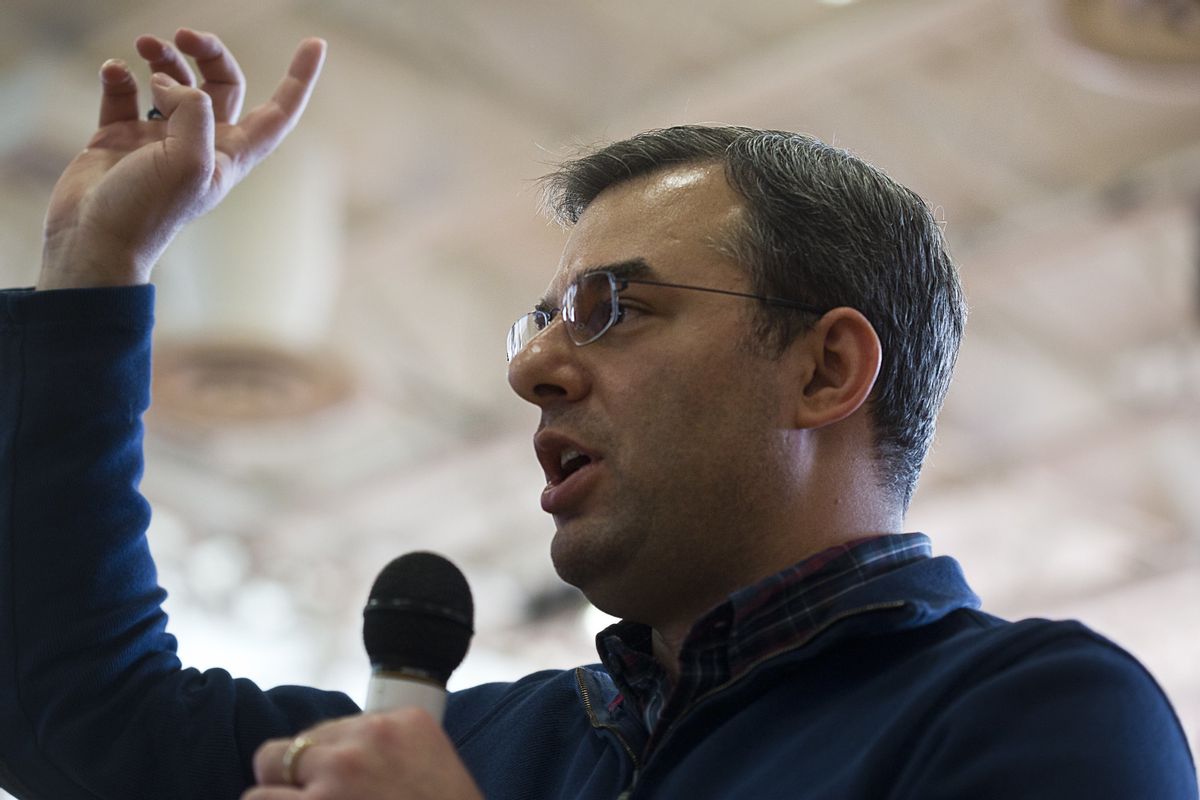 Rep. Justin Amash of Michigan, an independent who until last week was a registered Republican, told CNN on Sunday that he left the party because he could not stand by Republican actions that are "harming civil discourse" and "creating a lot of partisan divide."

He also had harsh words for President Donald Trump.

"What the President is doing is actually lowering the tone across the country, he's harming civil discourse, he's creating a lot of partisan divide — he's enhancing it. And I think that's very dangerous for our country and I don't think a lot of people appreciate it," Amash told Tapper. He also condemned Trump's description of him as "disloyal," arguing that "that's not how people are supposed to talk about each other, to each other" and noting that "people are elected to Congress with an oath to support and defend the Constitution, not an oath to support and defend one person, the President who happens to be from your own party."

Amash remained coy about the possibility of running for president on a third-party ticket in 2020.

"I still wouldn't rule anything like that out. I believe that I have to use my skills, my public influence, where it serves the country best. And I believe I have to defend the Constitution in whichever way works best. And if that means doing something else, then I do that," Amash asked Tapper when the question was posed. He added that he wasn't sure when he'd make a decision about running for president since it is "not on my radar" at the moment.

In an editorial for The Washington Post published on Independence Day, Amash explained that he was leaving the Republican Party because "in recent years, though, I’ve become disenchanted with party politics and frightened by what I see from it. The two-party system has evolved into an existential threat to American principles and institutions."

He later added, "George Washington was so concerned as he watched political parties take shape in America that he dedicated much of his farewell address to warning that partisanship, although 'inseparable from our nature,' was the people’s 'worst enemy.' He observed that it was 'the interest and duty of a wise people to discourage and restrain it.'"

When Amash became the first sitting Republican legislator to publicly call for Trump's impeachment in May, Libertarian Party chairman Nicholas Sarwark told Salon that many in his organization have urged Amash to run for president.

"Many Libertarian Party members have been publicly encouraging Representative Amash to seek the 2020 nomination. Of all the members of Congress, his positions seem to most closely match those of the Libertarian Party, so he would likely have a base of support within the party if he joins the contest that will be decided in Austin next May," Sarwark told Salon by email.