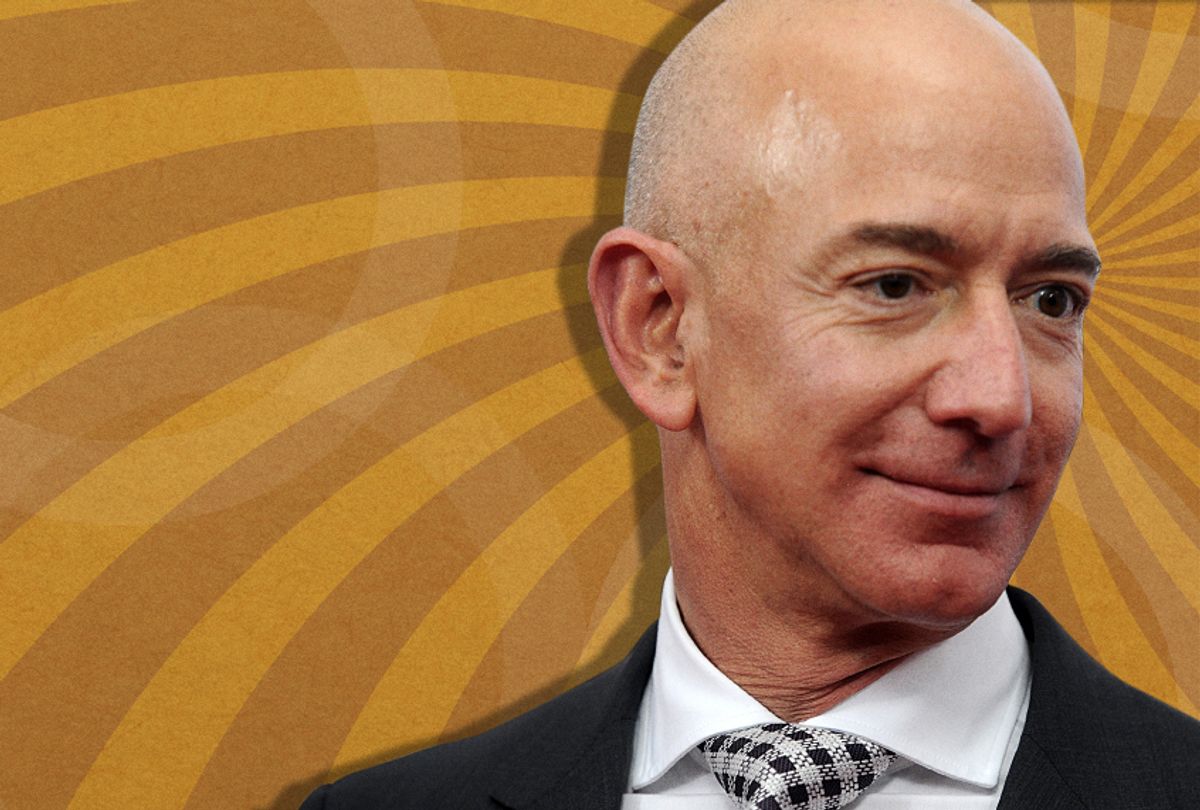 Amazon founder Jeff Bezos' phone was hacked in 2018 after he received a malicious file sent from an account belonging to Saudi Crown Prince Mohammed bin Salman, The Guardian reported.

Bezos communicated with bin Salman in May via WhatsApp, which is the same application the Saudi crown prince uses to speak to White House adviser Jared Kushner. At one point during the exchange, Bezos received a malicious file that "infiltrated" his phone, according to the report.

Large amounts of data were stolen from Bezos' phone within hours of his receiving the file. A digital forensic analysis determined it was "highly probable" that the video file sent by bin Salman was responsible, according to The Guardian.

The report comes months after Bezos alleged that the National Enquirer published his private text messages with the aid of the Saudi government. Saudi Arabia denied that it targeted Bezos' phone.

Bezos said his security team launched an investigation to learn how the tabloid learned of an affair he had with a journalist. American Media, the parent company of the National Enquirer, claimed that it learned the details from Bezos' girlfriend's estranged brother, but Bezos' team said it determined with "high confidence" that the Saudis were able to "access" his phone and "gained private information" about him.

The findings of Bezos' security team were reviewed by U.N. investigator Agnes Callamard, who previously led an investigation which found "credible evidence" that bin Salman and top Saudi officials were responsible for the murder of Washington Post columnist Jamal Khashoggi. Callamard told The Guardian that the U.N. may formally request an explanation from the Saudi government about the data.

Experts told the outlet that bin Salman likely targeted Bezos because he owns The Washington Post.

"He probably believed that if he got something on Bezos it could shape coverage of Saudi Arabia in the Post," Andrew Miller, who served on the national security council under former President Barack Obama, said. "It is clear that the Saudis have no real boundaries or limits in terms of what they are prepared to do in order to protect and advance MBS, whether it is going after the head of one of the largest companies in the world or a dissident who is on their own."

"Recent media reports that suggest the Kingdom is behind a hacking of Mr. Jeff Bezos' phone are absurd," the embassy wrote in tweet. "We call for an investigation on these claims so that we can have all the facts out."

The U.N. is expected to release a report Wednesday showing that Bezos' phone was infiltrated after he received a malicious file from bin Salman's account, The Washington Post reported.

Iyad el-Baghdadi, a researcher who tracks Saudi propaganda and says he assisted de Becker's investigation, wrote on Twitter that the Bezos hack "came directly from MBS's personal phone, a few days after [the prince and Bezos] exchanged numbers."

A new documentary titled "The Dissident," which premieres Friday at the Sundance Film Festival, also claims that bin Salman sent Bezos a file containing the hacking program Pegasus, which allows users to pull data from a target's phone after the target clicks on a link, according to The Post.

The file was sent while the two men discussed Amazon's plans to built data centers in Saudi Arabia, according to the documentary. The relationship between Amazon and Saudi Arabia soured after the killing of Khashoggi, The Financial Times reported.

The report also raises concerns about Kushner's use of Whatsapp to communicate with bin Salman. The Intercept first reported in 2018 that Kushner used the app to communicate with the crown prince, and Kushner attorney Abbe Lowell told the House Oversight Committee that Kushner used the app for official government communications, including with foreign officials. The late Oversight Chairman Elijah Cummings, D-Md., said Kushner may have broken federal records laws by using the app.