Was David Pecker working to protect Donald Trump, or someone much richer and more powerful than that? 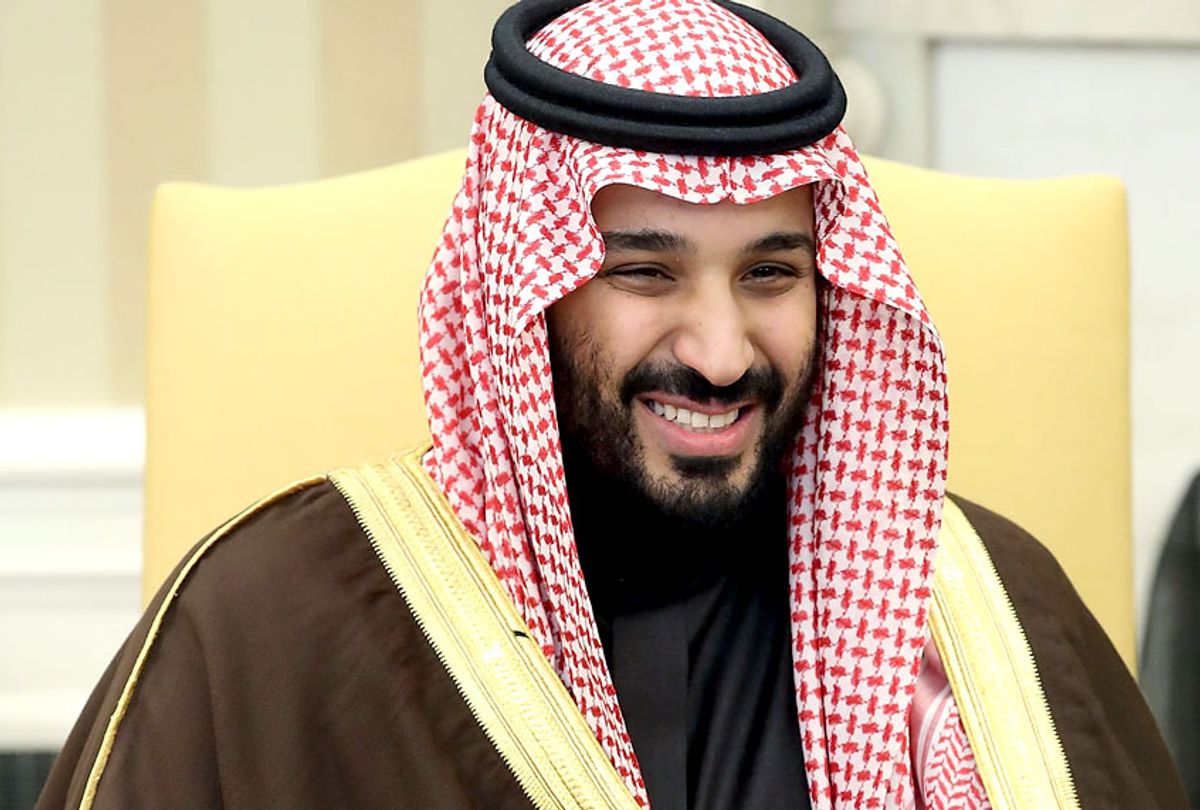 In Amazon founder Jeff Bezos' extraordinary letter revealing the National Enquirer’s apparent attempt to blackmail him, one detail has led to intense speculation: Bezos linked the effort to the tabloid paper's ties to the Saudi Arabian government.

Bezos wrote in a Medium post that American Media, the parent company of the Enquirer, threatened to publish nude photos and details of his affair with former news anchor Lauren Sanchez unless he made a statement saying he had “no knowledge” that the Enquirer's coverage of his affair was “politically motivated or influenced by political forces.”

Bezos noted that David Pecker, the head of AMI and a longtime associate of President Trump, “recently entered into an immunity deal with the Department of Justice related to their role in the so-called ‘Catch and Kill’ process on behalf of President Trump and his election campaign.”

AMI bought the story of former Playboy model Karen McDougal’s alleged affair with Trump and killed the story before the election, the company admitted.

“Mr. Pecker and his company have also been investigated for various actions they’ve taken on behalf of the Saudi Government,” Bezos added.

Bezos cited a New York Times report revealing that Trump “rewarded” Pecker’s loyalty by inviting him to a White House dinner with a guest linked to the royal family in Saudi Arabia, where Pecker was pursuing business opportunities.

The Times reported that Pecker traveled to Saudi Arabia after the trip to meet with Saudi Crown Prince Mohammed bin Salman and even believed that the Saudis would help fund his coveted acquisition of Time magazine.

Ahead of that visit, AMI published a 100-page glossy magazine that was essentially a promotional brochure for Saudi Arabia and Prince Mohammed.

Bezos’ revelations came on the same day that the Times reported that the Saudi prince told a top aide in 2017 that he would use a “bullet’ on Jamal Khashoggi, the Washington Post journalist murdered last October, according to American intelligence intercepts. President Trump and his associates have repeatedly downplayed the U.S. intelligence findings and defended Prince Mohammed, who is reportedly close to Trump son-in-law Jared Kushner.

They also came on the same day that the Wall Street Journal reported that Prince Mohammed was actively recruiting American media outlets to remake his image in the west. According to the report, he met on a yacht with Vice Media co-founder Shane Smith to discuss “an international media empire to combat the kingdom’s rivals and remake its image in the West.”

Bezos wrote that an AMI “leader” told his team that Pecker was “apoplectic” about the investigation Bezos launched into texts and images that were stolen from his phone. “For reasons still to be better understood, the Saudi angle seems to hit a particularly sensitive nerve,” Bezos wrote.

It’s unclear what, if any, connections Saudi Arabia has to the blackmail attempt but Bezos security chief Gavin de Becker believes that the texts and photos were not obtained by hacking Bezos’ phone.

Instead, according to Washington Post reporter Manuel Roig-Franzia, de Becker believes “it’s possible that a government entity might have gotten hold of [Bezos'] text messages."

In December, former longtime National Enquirer editor Jerry George linked Pecker, Trump and the Saudis in an interview with MSNBC, in which he explained that Pecker was using his company’s coverage to help the Trump campaign and the Saudis in order to get financing for acquisitions. George said Pecker was holding on to damaging information to use as bargaining chips.

“David got close to the Trump pals, including you know, Saudi money and Jared Kushner's … banking friends,” George told host Ari Melber. “So he ultimately gathered some bargaining chips that he planned to use in time to get something he needed.”

George went on to cite the pro-Saudi propaganda glossy that AMI published as “suspicious” because the company was “cash poor” and “suddenly” got an “influx of cash.”

“I think there`s another shoe to drop,” he said. “I mean, the special counsel’s focus is now moving towards, you know, the Saudis' role in all of this ... they may not be out of trouble yet.”