"What's a high crime? How about if an important person hurt somebody of low means?" Graham said back in 1999 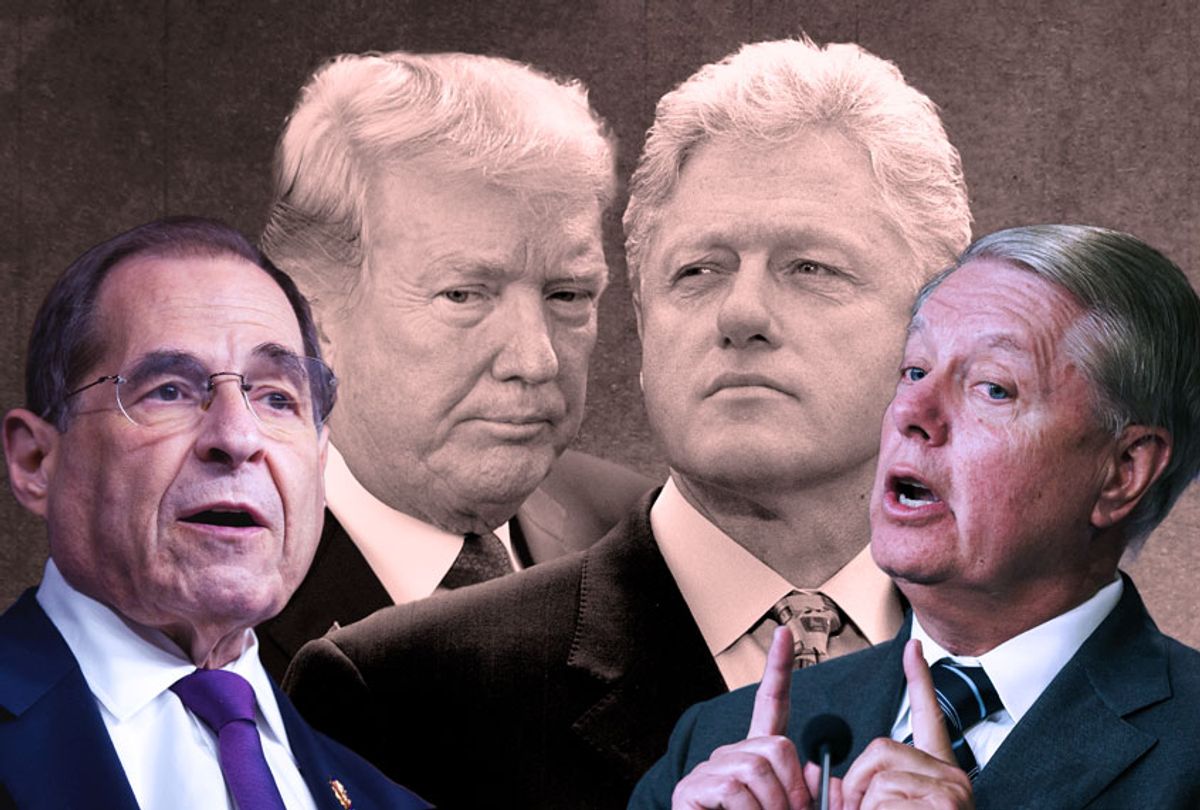 House Judiciary Chairman Jerry Nadler, D-N.Y., one of the legislators chosen by Speaker of the House Nancy Pelosi, D-Calif., to be an impeachment manager, cited a 1999 speech delivered by Sen. Lindsey Graham of South Carolina to make the case that "high crimes" warranting impeachment are not limited to violations of criminal code — a key Republican talking point.

Speaking to the Senate on Thursday about whether Trump had committed an impeachable offense, Nadler showed a clip of Graham asking, "What's a high crime? How about if an important person hurt somebody of low means? It's not very scholarly, but I think it's the truth. I think that's what they meant by high crimes."

Graham added, "Doesn't have to be a crime. It's just when you start using your office and you're acting in a way that hurts people, you'll have committed a high crime."

Nadler went on to argue that "there are many reasons why high crimes and misdemeanors are not and cannot be limited to violations of the criminal code. We address them at length in the briefs we have filed and the report of the House Judiciary Committee respecting these articles of impeachment."

Graham has previously indicated that he has no intention of convicting President Donald Trump, regardless of the case presented against him. He told CBS' "Face the Nation" that "I am clearly made up my mind. I'm not trying to hide the fact that I have disdain for the accusations in the process, so I don't need any witnesses. The president can make a request to call witnesses. They can make a request or call [Vice President] Mike Pence, and [Secretary of State Mike] Pompeo, and [former Vice President] Joe Biden and Hunter Biden. I am ready to vote on the underlying articles. I don't really need to hear a lot of witnesses."

Graham told CNN International's Becky Anderson earlier this month during an interview at the Doha Forum in Qatar that "I am trying to give a pretty clear signal I have made up my mind. I'm not trying to pretend to be a fair juror here. What I see coming — happening today — is just a partisan nonsense."

The Constitution lays out the reason for impeachable offenses in Article II, Section 4, where it states that "the President, Vice President and all civil Officers of the United States, shall be removed from Office on Impeachment for, and Conviction of, Treason, Bribery, or other high Crimes and Misdemeanors."

Trump is accused of withholding $391 million in military aid from Ukraine in order to pressure its government into opening an investigation into his political rivals and obstructing Congress' efforts to investigate those allegations. Republicans have sought to characterize the impeachment trial as a partisan attempt to reverse the outcome of the 2016 presidential election.