Megyn Kelly: I was cancelled for discussing blackface while Robert Downey Jr. is celebrated 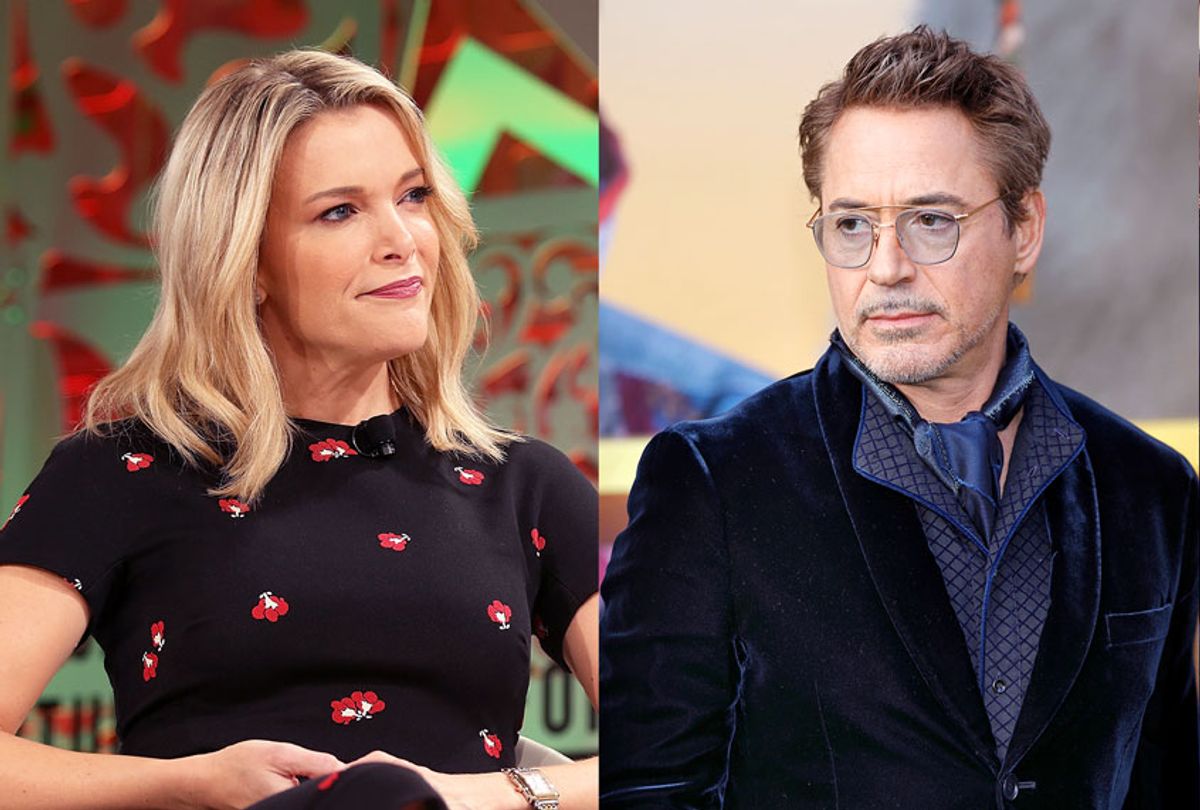 Former Today Show host Megyn Kelly took to Twitter on Wednesday to complain that she had been fired for having a "necessary convo" about blackface when actor Robert Downey Jr. was hailed for wearing blackface in the 2008 comedy film "Tropic Thunder."

"R. Downey Jr: wears blackface for Universal w/o regret bc it 'sparked a necessary convo.' Univer.: yay Robert!" Kelly tweeted on Wednesday. "Me: Never worn blackface but had one of those 'necessary convos' re how standard seems to have changed over time.NBC-Univer: F.U.! Cancelled!"

Kelly's comments were made in response to a recent interview that Robert Downey Jr. held with podcaster Joe Rogan about his use of blackface in "Tropic Thunder." He said that he was initially hesitant to accept the role and that "my mother was horrified. 'Bobby, I'm telling you, I have a bad feeling about this.' I was like 'Yeah, me too, mom.'" He added, however, that after seeing the film, "Ninety percent of my black friends were like, 'Dude, that was great.'" Downey has previously said that he viewed the character not as a racist stereotype (he was playing a white actor who wore blackface to win an Oscar), but rather as a parody of Hollywood celebrities who can justify any immoral action in the name of their craft.

Kelly's story is different. She first aroused controversy in October 2018 when she asked guests, "But what is racist? You truly do get in trouble if you are a white person who puts on blackface at Halloween or a black person who puts on white face."

She later added, "Back when I was a kid, that was OK as long as you were dressing up as a character." Kelly also addressed the controversy surrounding "Real Housewives of New York" star Luann de Lesseps, who was criticized for appearing to darken her skin while dressing up as Diana Ross for Halloween. After saying,"I don't see how that got [deemed] racist on Halloween," Kelly reiterated, "I can't keep up with the number of people we're offending just by being normal people these days."

At the time that she made the comments, a source from NBC told Salon that "normally when she f***s up, people just sort of whisper about it." Kelly's comments about blackface were considered so egregious, however, that the source continued, "Today is one of the rare days when everyone in the building is openly talking about how ridiculous it is."

"The newsroom was stunned," another source from NBC told Salon, "and many seasoned journalists felt her comments are an insult to the profession. She is now officially a racist. First 'White Santa,' now this. What appalled many NBC staffers is the fact Kelly would go racist, even dabble in it, on the family-friendly 'Today Show.' Bad message on such a prominent and historic program."

Kelly later apologized for her comments on the program, saying that "one of the great parts of getting to sit in this chair is getting to discuss points of view. Sometimes I talk, and sometimes I listen. And yesterday, I learned. I learned that given the history of blackface being used in awful ways by racists in this country, it is not okay for that to be part of any costume, Halloween or otherwise."

Despite her apology, Kelly was fired.

Her remarks about blackface did not constitute the first time that Kelly had made racist comments. She has insisted that Santa Claus and Jesus Christ were both white (the former was apparently based on a Turkish figure, the latter a Middle Eastern Jew), regularly attacked Black Lives Matter, and engaged in victim-blaming on occasions when African Americans were the victims of racial violence, such as by attributing it to an "anti-cop, thug mentality" in "black communities."