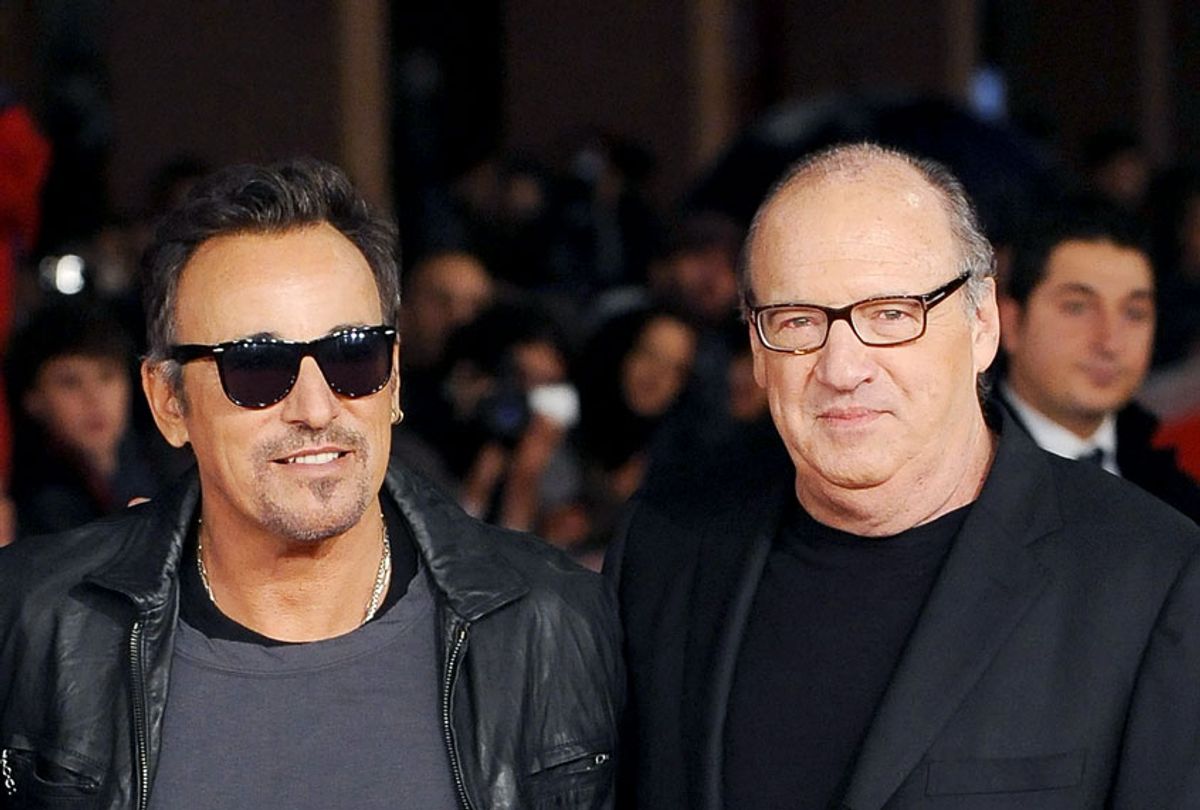 Bruce Springsteen and US producer Jon Landau arrive for the screening of the movie "The promise:The Making of Darkness on the Edge of Town " at the 5th Rome Film Festival in Rome on November 1, 2010. (TIZIANA FABI/AFP via Getty Images)
--

Just last week, the Rock & Roll Hall of Fame announced its much-anticipated class of 2020 inductees. And it was a mighty class, indeed, including the likes of Depeche Mode, the Doobie Brothers, Whitney Houston, Nine Inch Nails, the Notorious B.I.G., and T. Rex.

The usual blowback followed the announcements, with critics and fans alike questioning the place of a rapper, a pop singer, and an electronic music band being welcomed into a rock 'n' roll institution, conveniently forgetting that rock has always had a big tent. As a kind of music-making, it is an historically broad-minded genre that has flowered into a vast myriad of styles across the decades. And anyway, everyone in the Hall's hallowed corridors has (or had at one time) the ability to rock out. Give a listen to Depeche Mode's raucous, larynx-tearing "I Feel You," and you'll hear exactly what I mean.

Also set to be inducted this May in Cleveland are the annual Ahmet Ertegun awardees. Named in honor of the co-founder of Atlantic Records and one of the industry's great champions, the award will be bestowed upon Irving Azoff, the influential entertainment executive and progenitor of such legendary bands as the Eagles and Fleetwood Mac.

Which brings us to Jon Landau, who will join Azoff as one of this year's Ahmet Ertegun Award honorees. As a rock critic with such publications as Rolling Stone and Crawdaddy, he led the way in elevating the conversation about popular music as an artistic form. He was there from the beginning, writing about Jimi Hendrix and Cream in the inaugural November 9th, 1967, issue of Rolling Stone. Over the years, he has infused his music criticism with passion and humility; and like the finest essayists in his genre, sends readers rushing headlong from the pages of his work to play the music under review, listening as it comes to life in a different, more nuanced light.

But Landau is also one of the music industry's greatest visionaries. On May 9, 1974, Landau wandered into Bruce Springsteen's show at the Harvard Square Theater. Dejected by his lot in life and disenchanted with contemporary music, he found himself mesmerized by Springsteen's performance, a kinetic progress through rock, soul, and rhythm and blues.

In a May 22, 1974, article in Boston's The Real Paper, Landau reflected on the experience, writing that "I saw rock 'n' roll future, and its name is Bruce Springsteen." For Landau, it had been a revelation: "On a night when I needed to feel young, he made me feel like I was hearing music for the very first time." To Landau's eyes and ears, "Springsteen does it all. He is a rock 'n' roll punk, a Latin street poet, a ballet dancer, an actor, a joker, bar band leader, hot-shit rhythm guitar player, extraordinary singer, and a truly great rock 'n' roll composer. He leads a band like he has been doing it forever."

Making good on his vision that night at the Harvard Square Theater, Landau dared to throw his lot in with Springsteen, whose first two LPs offered a glimpse of better, albeit unrealized things to come. As history well knows, Landau shortly transformed his words into action. Within a matter of months, he would be joining forces with the musician and co-piloting his career in new and unexpected directions. He would act as co-producer on one legendary album after another—from "Born to Run" (1975) and "Darkness on the Edge of Town" (1978) to "The River" (1980) and "Born in the USA" (1984), among a slew of other top-drawer records.

By working on behalf of Springsteen's career at a crucial moment, Landau acted as the champion for a very different kind of rock 'n' roll, one that gave the musician the space to take chances with such long-players as "Nebraska" (1982), "The Ghost of Tom Joad" (1995), and more recently, "Western Stars" (2019).

Landau's future-think and the powerful ways in which he acted upon it so precipitously have impacted world culture in literally countless ways. And that kind of artistic flowering isn't merely good for recording artists like Springsteen. A richer, more dynamic and evolving music is vital for all of us. Just ask Depeche Mode.