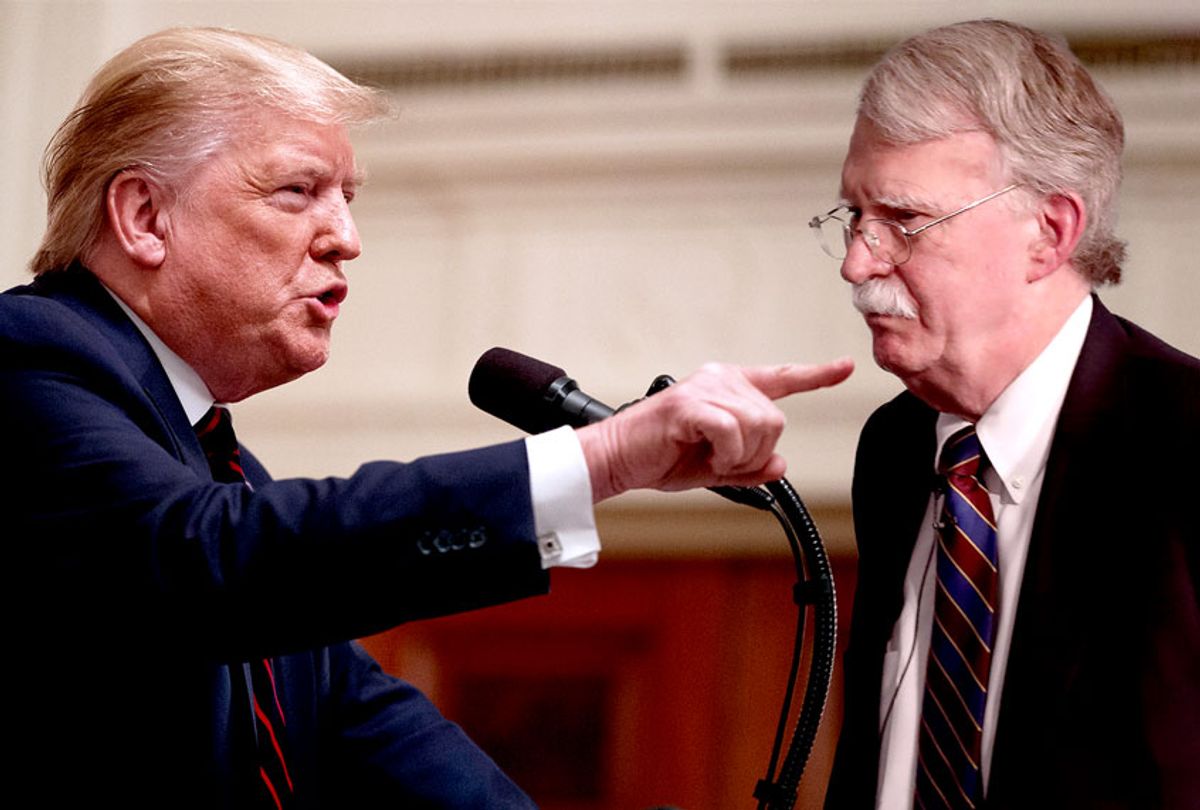 Knight concluded by assuring Bolton's publisher, Charles J. Cooper from Cooper & Kirk, that "we will do our best to work with you to ensure your client's ability to tell his story in a manner that protects U.S. national security."

Bolton's book seized the nation's headlines earlier this week when a leaked manuscript revealed that the foreign policy adviser — a well-known conservative figure who had previously worked under Republican presidents Ronald Reagan, George H. W. Bush and George W. Bush — claimed Trump had told him he was withholding $391 million in military aid from Ukraine in order to get that country to investigate former Vice President Joe Biden. Cooper blamed the leak on the White House, telling The New York Times that "it is clear, regrettably, from the New York Times article published today that the pre-publication review process has been corrupted and that information has been disclosed by persons other than those properly involved in reviewing the manuscript." He also said that he submitted the manuscript to the National Security Council on Dec. 30 despite "our firm belief that the manuscript contained no information that could reasonably be considered classified."

In a statement by the House impeachment managers, the seven Democrats said that "there can be no doubt now that Mr. Bolton directly contradicts the heart of the President's defense and therefore must be called as a witness at the impeachment trial of President Trump. There is no defensible reason to wait until his book is published, when the information he has to offer is critical to the most important decision Senators must now make — whether to convict the President of impeachable offenses."

Trump has attacked Bolton on Twitter in response to his upcoming book, arguing on Monday that "I NEVER told John Bolton that the aid to Ukraine was tied to investigations into Democrats, including the Bidens. In fact, he never complained about this at the time of his very public termination. If John Bolton said this, it was only to sell a book." On Wednesday Trump tweeted, "Why didn't John Bolton complain about this 'nonsense' a long time ago, when he was very publicly terminated. He said, not that it matters, NOTHING!"

Trump was impeached last month on articles accusing him of abusing his power and obstructing a congressional investigation. He is only the third president to be impeached, after Andrew Johnson and Bill Clinton. A fourth, Richard Nixon, resigned prior to an impeachment that observers considered inevitable