Fox News judge: Senators who vote to suppress "the truth" are not "faithful to the Constitution"

The president was impeached by the House of Representatives for valid reasons, in the view of the Fox News judge 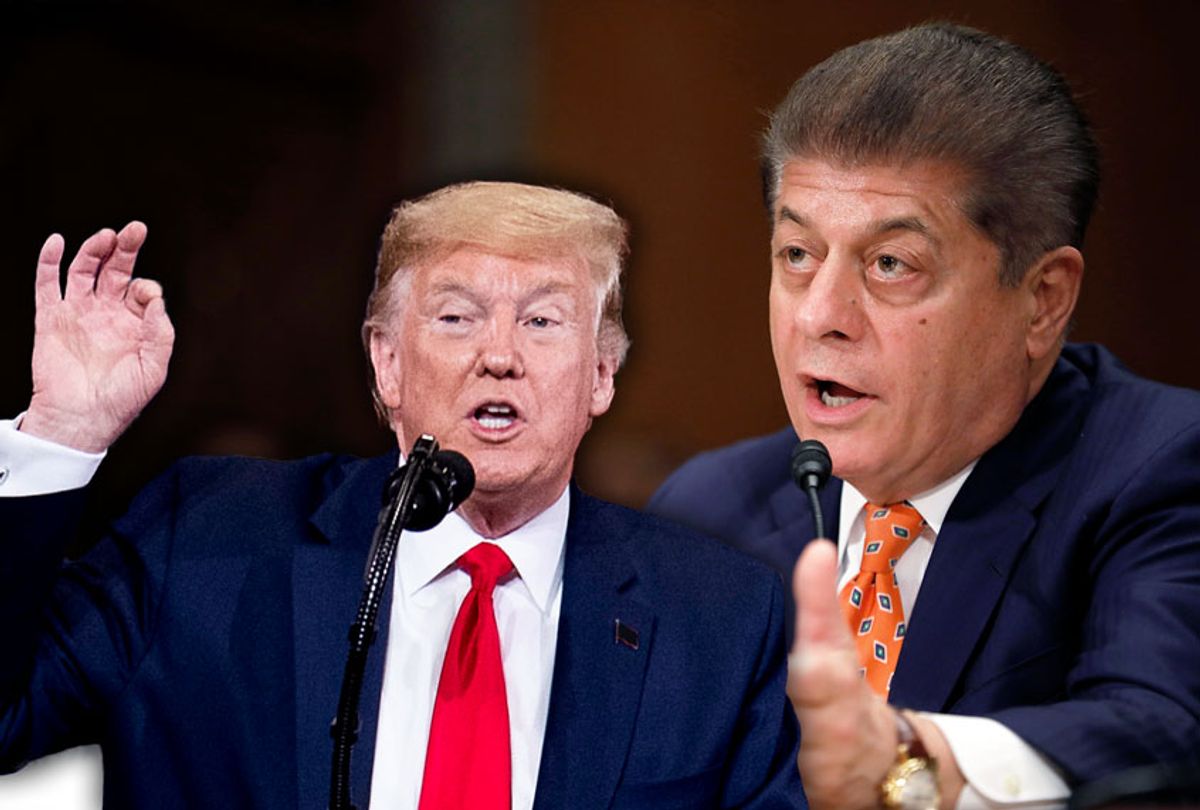 Judge Andrew Napolitano, a Fox News contributor and frequent critic of President Donald Trump, wrote an editorial Thursday, which asked Republican senators who refuse to call witnesses for Trump's impeachment trial the following: "How can the Senate be faithful to the Constitution if it suppresses the truth?"

The president was impeached by the House of Representatives for valid reasons, in the view of the Fox News judge.

After asserting that the House of Representatives had correctly interpreted its constitutional role, Napolitano added that "the president has no legal or constitutional basis to reject House subpoenas when the House is conducting an impeachment inquiry. And the House has no need to seek the imprimatur of the courts to address presidential resistance."

He continued, "if the Senate is faithful to the Constitution, then Trump's trial will be a search for the truth. And those offering to tell the truth should be welcomed — not pilloried."

Napolitano, unlike the overwhelming majority of his colleagues at Fox News, has been willing to criticize the president. He wrote that the evidence of Trump committing high crimes and misdemeanors was "ample and uncontradicted" last week as he argued that "the abuse consists of his efforts to extract a personal political 'favor' from the president of Ukraine as a precondition to the delivery of $391 million in military aid. The favor he wanted was an announcement of a Ukrainian investigation of former Vice President Joseph R. Biden and his son Hunter."

Speaking with Salon in 2018, Napolitano criticized Trump's appointment of then-acting Attorney General Matt Whitaker as "not lawful, because it does not comply with the specific statute, which requires that whoever runs the DOJ — I'm not talking about any other department, but the DOJ — must have been nominated by the president, confirmed by the Senate at the time they are elevated."

He also discussed his willingness to criticize the president despite their longstanding friendship and his value of intellectual honesty.

"My job is to be intellectually honest, to explain the Constitution and the law and occasionally Economics 101 as I understand them to be. Sometimes that conflicts with what the president that wants to hear. If I do it in an intellectually honest way, I'm satisfied with what I've done," Napolitano told Salon. "That does not always please everybody, but my job is to please the people I work for, who require intellectual honesty of me. My position is a little unique because the president has been a friend of mine for 25 or 30 years, and occasionally, I hear from him on these things in his own unique and inimitable way."