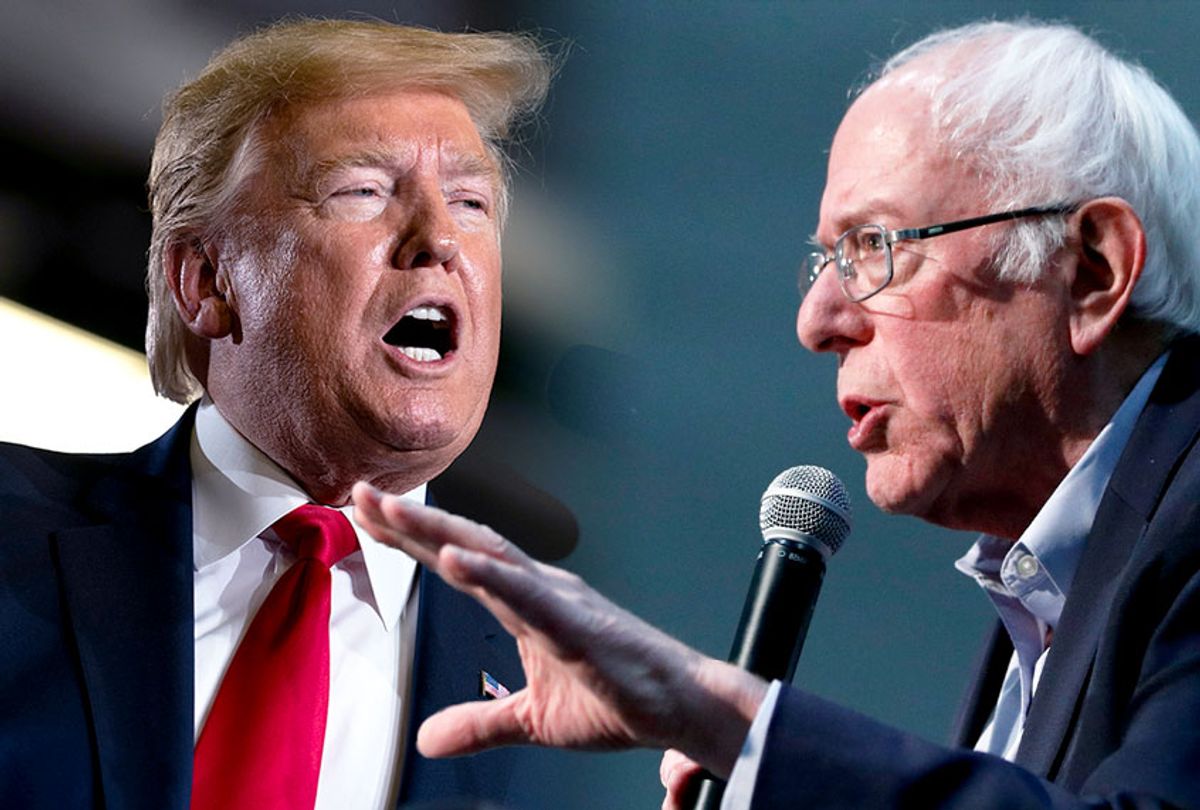 Near the end of 2019 a funny thing happened. Suddenly, after months of a "Bernie Blackout," corporate media began to pay more attention to the Sanders campaign. And they began to pay more attention to the fact that Sanders was well-positioned to potentially win the nomination for the Democrats. The switch in attention was a welcome sign for Sanders supporters who had long felt frustrated that their candidate was undercut and underrepresented.

But, as I predicted in a piece for Salon, the end of the Bernie Blackout did not signal an end to anti-Bernie media bias. In that piece I identified five key types of anti-Bernie bias we should expect from corporate media as they shifted coverage to take his campaign seriously.  First, media coverage would undercut his base of support. Second, the media would underplay his success in polling. Third, the media would ignore the strength of his endorsements. Fourth, the media would say America wasn't "ready" for his progressive policies. And fifth, articles would highlight the negative and go light on covering policy.

All five of those tactics are fully in play now.

But there is one component in the recent slate of Bernie smears that I did not anticipate: the accusation that he is a "fragile candidate."

Former George W. Bush speechwriter, David Frum, writing for the Atlantic, rests a large part of his argument over why "Bernie Can't Win" on the notion that Sanders has not been held up to intense public scrutiny:

"Bernie Sanders is a fragile candidate. He has never fought a race in which he had to face serious personal scrutiny. None of his Democratic rivals is subjecting him to such scrutiny in 2020. Hillary Clinton refrained from scrutinizing Sanders in 2016."

In a weird echo of Frum, New York magazine's Jonathan Chait, recently offered his take on Sanders's electability: "Running Bernie Sanders Against Trump Would Be an Act of Insanity."

Chait also claims that one of the major risks to a Sanders nomination is the fact that his track record hasn't really been scrutinized. According to Chait, "Sanders has never faced an electorate where these vulnerabilities could be used against him."

It's as though these pundits slept through the 2016 primary.

Let's unpack the two core elements of the arguments about Sanders being a fragile candidate, because these talking points are already spreading like a virus across a range of media outlets.

The first is the claim that Sanders hasn't run a true national campaign and thus has not had to defend himself from intense scrutiny.

The most obvious rebuttal to this claim is the reminder of the long, grueling battle between Sanders and Hillary Clinton in 2016. The idea that Sanders was spared scrutiny during that race is pure hogwash.

What needs to be remembered is that Sanders didn't just face scrutiny during that race; he dealt with overt efforts to thwart his campaign and rig the primary in favor of Clinton. Sanders has withstood far more attacks than any of the other top-tier Democratic candidates in the 2020 race.

In a bizarre example of historical amnesia, Frum and Chait center much of their argument on the idea that Sanders has avoided any real tests. As proof, they offer a long list of what they consider to be Sanders's political weak spots. What perhaps is most uncanny about this aspect of recent Bernie criticism is the fact that Frum and Chait actually offer the list of critiques themselves, underscoring the reality that these issues are fully in the public domain and have been for years. In fact, none of the issues raised by Frum and Chait are new or surprises and almost all of them were part of the critical current attacking Sanders in 2016.

Seems to me that the only thing lacking careful scrutiny isn't the Sanders campaign; it's the logic used to undermine it.

The second concern raised in these recent columns is the claim that Trump will shred Sanders.

According to Frum, if Sanders faces Trump in the national election, his team will experience "what happens when a militia faces off on an open field against a ruthless modern army with cluster bombs and napalm. They will be shredded and torched."

Let's agree with Frum that if Sanders is the nominee, the Trump campaign will come out guns blazing and use every dirty tactic they can to freak out the electorate over a Sanders presidency.

But here's the thing. Trump is going to practice the most aggressive and unscrupulous political strategy regardless of who wins the nomination. If it's Biden, we will never hear the end of Hunter Biden's dealings in Ukraine. It its Warren, expect the chant of Pocahontas to be never ending. Trump can and will exploit any and all weaknesses he can find. All of the top tier candidates for the Democratic nomination offer Trump opportunities to attack them.

Yet, what the pundits aren't saying is that of the top-tier candidates, Sanders is the one best poised to withstand Trump's fearmongering and sensationalist hysteria.  Polls consistently show Biden and Sanders as top contenders to beat Trump. A recent SurveyUSA poll had Sanders on top. Another shows that Sanders is the biggest threat of all of the Democratic candidates to Trump in Texas.

These are still early days to put too much stock in polls, but what we can note is that Biden shows little chance of holding up to Trump's attacks. Already during the primary there are a number of instances when Biden has seemed grouchy and confused. Outbursts like "Go vote for someone else" won't play well if he faces Trump. If anyone in the top-tier candidates is likely to look weak against Trump, it is Biden.

Sanders, meanwhile, continues to offer voters a strong, determined rebuttal to Trump. Most importantly, Sanders's blunt style of getting to the point and cutting through common talking points invigorates and engages voters. A recent Quinnipiac University poll showed that voters consider Sanders to be the most honest Democratic presidential contender of all other candidates. Sanders came out on top on policy as well. Even more, he ranked at the top in terms of compassion, with 28 percent of those polled saying that Sanders cares the most about people like themselves.

Hidden behind these criticisms of Sanders as too far left is the basic idea that the Democratic party should serve the establishment. As Frum puts it, "The Sanders campaign is a bet that the 2020 race can be won by mobilizing the Americans least committed to the political process while alienating and even offending the Americans most committed to it."

What Frum misses is the fact that Sanders is actually mobilizing those voters who already feel most alienated and offended by the political process because he appeals to voters who feel left out. Moreover, there is solid evidence that Sanders would have the support of those more moderate centrists who plan to vote against Trump regardless of who wins the nomination.  So, if it seems likely that Sanders will increase voter turnout, how exactly does that make him a weak opponent to Trump?

The pundits tell us that they are worried that the Sanders campaign is fragile, but what seems to really worry them is its strength.