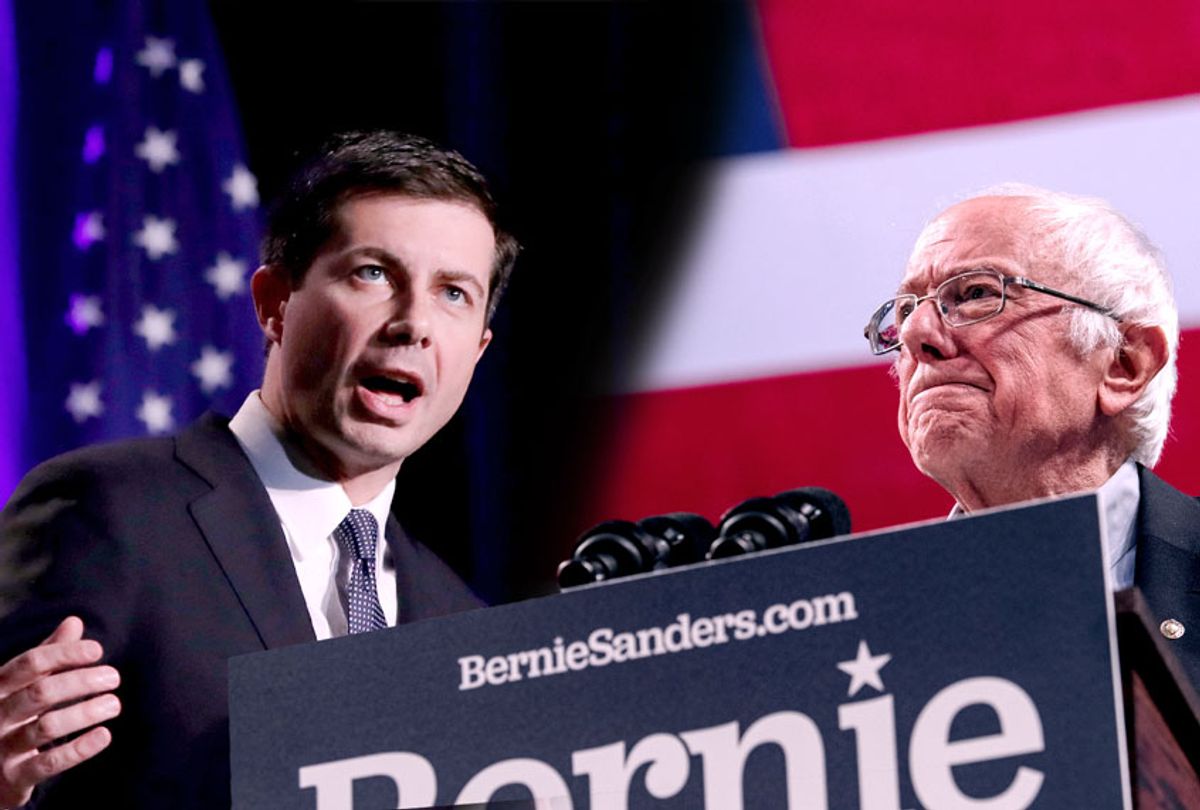 The Iowa Democratic Party (IDP) released updated results on Sunday showing Buttigieg leading Sanders by 2 state delegate equivalents — which are used to determine the winner — out of 2,152 total. Sanders led Buttigieg in the raw vote by more than 2,500 votes. The Associated Press, The New York Times and other media outlets refused to declare a winner in the race after the state party did not address dozens of errors reported by news organizations.

"There is still some evidence the party may not have accurately tabulated some of its results, including those released late Sunday following a series of revisions," the AP reported Sunday.

The Sanders campaign said it would seek a "partial recanvass" of about 20 to 30 Iowa precincts, which is not a recount but a check of vote numbers against paper records, according to the Associated Press.

Sanders campaign manager Faiz Shakir told CNN he believes Sanders will have the same number of delegates as Buttigieg "after it's all said and done."

Both Sanders and Buttigieg have claimed victory in the calamitous caucuses, which were marred by long delays in reporting the results because of a faulty app and an overwhelmed phone system. But the subsequent release of results have been marred by inaccuracies. The New York Times reported last week that it had identified errors in more than 100 precincts across the state. Errors included mathematical discrepancies in the numbers, candidates being allotted the wrong number of state delegate equivalents and precincts allotting more state delegate equivalents than available.

"The incorrect math on the Caucus Math Worksheets must not be changed to ensure the integrity of the process," IDP lawyer Shayla McCormally said in an email sent to IDP Chairman Troy Price, arguing that fixing errors would introduce "personal opinion" into the results.

"It is the legal voting record of the caucus, like a ballot," McCormally wrote. "The seriousness of the record is made clear by the language at the bottom stating that any misrepresentation of the information is a crime. Therefore, any changes or tampering with the sheet could result in a claim of election interference or misconduct . . . There are various reasons that the worksheets have errors and may appear to not be accurate, however changing the math would change the information agreed upon and certified by the caucusgoers."

McCormally argued that the only recourse would be for a campaign to seek a recount, which would require a review of all "presidential preference cards" filled out by caucusgoers.

Sanders senior adviser Jeff Weaver told Politico that the campaign would consider a recount if the math was "wrong." However, several caucus chairs said not all voters turned in their preference cards, according to The Times.

Sanders told CNN the caucuses have been a "disgrace" and an "embarrassment."

"They screwed it up badly is what the Iowa Democratic Party did," he said.

Democratic National Committee Chairman Tom Perez, who also called for a partial recanvass of the results, told CNN that he was "mad as hell" about what happened in Iowa and suggested that the state could lose its first-in-the-nation status when pressed on the issue by host Jake Tapper.

"Well, that's the conversation that will absolutely happen after this election cycle," he said. "And after the last election cycle, we had a conversation about two really important things: Super delegate reform and the primary caucus issue that we're discussing now. And that's going to happen again."