James Carville: Democratic Party would turn into a "cult" if it nominates Sanders for president

"You're not a member of the Democratic Party, but you know this as well as I do," Carville warned Joe Scarborough 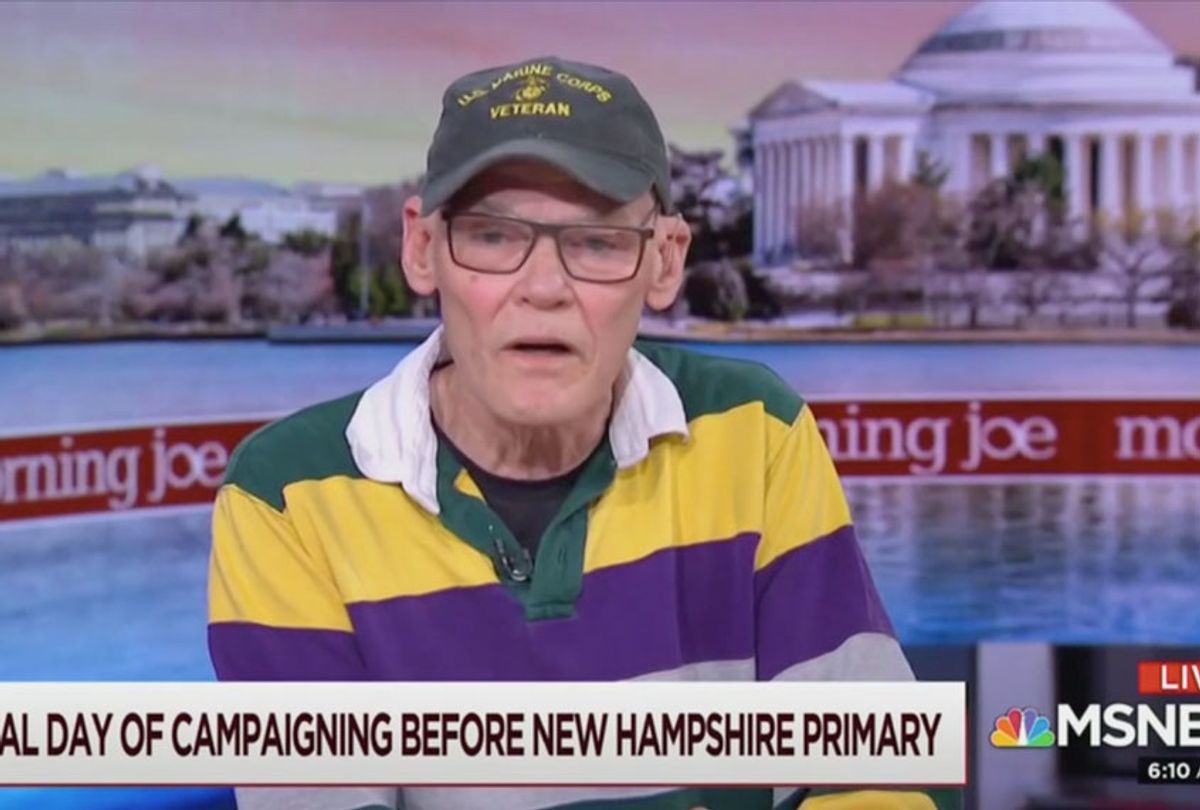 Former Clinton adviser James Carville, suggested that the Democratic Party would convert into a Trump-like cult if it nominated the self-described democratic socialist Bernie Sanders to be its nominee for president.

"There's a certain part of the Democratic Party that wants us to be a cult," Carville told the hosts of MSNBC's "Morning Joe" on Monday. "I'm not interested in being in a cult."

Earlier in the program, Carville claimed that "the only thing between the United States and the abyss is the Democratic Party." But if Americans nominate the equivalent of outgoing Labour Party leader Jeremy Corbyn, it will "be the end of days."

Corbyn announced his resignation as party leader following a crushing defeat from Prime Minister Boris Johnson and the Conservative Party in December's national elections, paving the way for Brexit. The lifelong socialist adopted positions to the left of former British PM Tony Blair.

After stressing that he does not think America will "make it" if President Donald Trump is elected to a second term, Carville warned co-host Joe Scarborough: "You're not a member of the Democratic Party, but you know this as well as I do. That's it. That's the only hope for America."

Carville claimed that Democrats will lose with an outspoken liberal while stumping in New Hampshire for Sen. Michael Bennet of Colorado. The moderate candidate has failed to gain traction in the polls.

"Can you imagine a presidential candidate that everyone wants coming in to help them out?" Carville told reporters Saturday. "You can nominate Bernie Sanders, but I can tell you (southern Democratic candidates) don't want to come within a hundred miles of Bernie Sanders. You want to beat Lindsey Graham? Nominate Michael Bennet."

While Carville is well regarded in American politics for his stewardship of former President Bill Clinton's 1992 presidential campaign, not all Democrats hold him in high esteem.

"Carville doesn't like progressive people causing trouble for corporate Democrats," Norman Solomon, co-founder and national coordinator of RootsAction.org and a Sanders delegate to the 2016 Democratic National Convention, told Salon by email. "His problem is with the content of the critiques. Twitter is an avenue for any and all opinions, including ones that threaten the lucrative deals that Carville thrives on as he helps the rich and powerful get even richer and more powerful."

When asked why he referred to Carville as someone who "helps the rich and powerful get even richer and more powerful," Solomon pointed to Carville's efforts to help elect Gonzalo Sánchez de Lozada in Bolivia, Ernesto Zedillo in Mexico and Ernesto Pérez Balladares in Panama.

You can watch the full video below via YouTube: