Candidates say they want to build momentum with voters — but what is that actually worth?

Before the primary, Buttigieg said his campaign had the "strongest momentum" 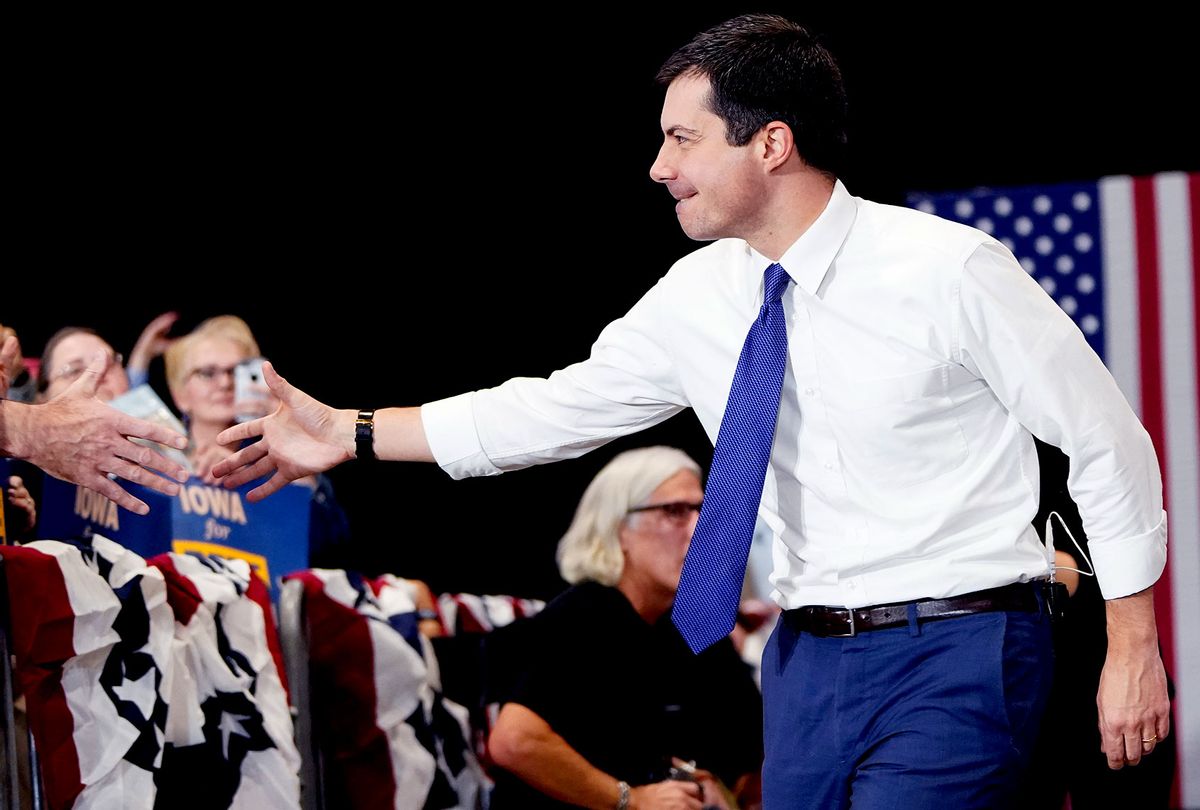 "We are the campaign with the strongest momentum in the state of New Hampshire," Pete Buttigieg told a crowd in Nashua last week.

Following this year's New Hampshire primary, won by Bernie Sanders, observers of the 2020 Democratic primary will undoubtedly continue to hear claims from the candidates and the news media about "momentum" – the advantage a candidate gains after winning a primary election by a greater amount than predicted by polls taken before the election.

But what does it mean for a candidate to have momentum, and how will momentum affect the media's coverage of the Democratic candidates in 2020?

We view momentum as more than a talking point or a prized gift for the winner of the Iowa caucuses or New Hampshire primary.

When a candidate exceeds expectations in a primary or caucus, the media responds with favorable coverage, which in turn influences polls, donations and volunteers. Interestingly, the momentum of the insurgent has a stronger effect on media coverage than that of the front-runner.

In 2014, building on the research of political scientist John Aldrich, we devised a way to measure momentum numerically.

These "momentum scores" are independent of electoral outcomes, like the accumulation of delegates from state elections.

We then used the scores to compare gains and losses in momentum with the media coverage after each primary election. To assess the amount and favorability of news coverage, we gathered data on the number of mentions and positive stories for each candidate in The New York Times, Wall Street Journal and Washington Post from Jan. 3 to March 12, 2012.

However, the relationship between momentum and media coverage depends on whether a candidate is the front-runner or a challenger. The insurgent challenger got a stronger bump from momentum than the front-runner, who received more negative coverage even after securing wins in some primaries.

For example, Mitt Romney was the front-runner going into the Iowa caucuses and winner of 42 out of 54 primary states and 74% of all delegates. He had the highest momentum scores in the GOP field.

Romney's closest challenger, Rick Santorum, actually led Romney in cumulative momentum between the Nevada and Washington primaries. After Super Tuesday, Romney built a lead in momentum that he would never relinquish.

As one might expect from his front-runner status, Romney received the most media mentions, an average of 11.3 mentions per primary day, almost five more than Santorum. A larger proportion of all stories about him were positive, again exceeding Santorum's numbers.

But a more nuanced story emerges when we examine the relationship between momentum and media coverage. When both candidates experienced momentum, the challenger, Santorum, received more positive coverage than Romney.

Moreover, we saw even when Romney exceeded his average momentum, he was statistically more likely to receive negative coverage than his opponents.

Based on our analysis from 2012, the most recent single-party open primary, we believe a similar pattern may hold in 2020.

Joe Biden and Sanders appear to be dual front-runners, given Biden's consistent lead in national polls and endorsements, and Sanders' fundraising advantage and early successes.

The early results, with Sanders having strong showings in the first two primaries, suggest his situation may be similar to Romney's, where the media may frame even victories as falling below expectations.

The effects of momentum on Pete Buttigieg will likely vary from week to week, depending on primary election results. He may be framed as a flash in the pan" when the electorate is unfavorable one week and "surging" the next.

Amy Klobuchar, on the other hand, stands to receive the most positive coverage relative to momentum. As a top-tier candidate with the lowest expectations, Klobuchar will likely enjoy the most favorable coverage overall. Even third place finishes going forward should be enough for her to garner positive coverage and mentions, whereas a similar result for any of the other candidates will stunt their momentum.

So, as this primary season begins, watch the relationships between expectations, votes and media coverage. Candidate momentum is something that can change from one primary election to the next.

MORE FROM Ernest B. McGowen III