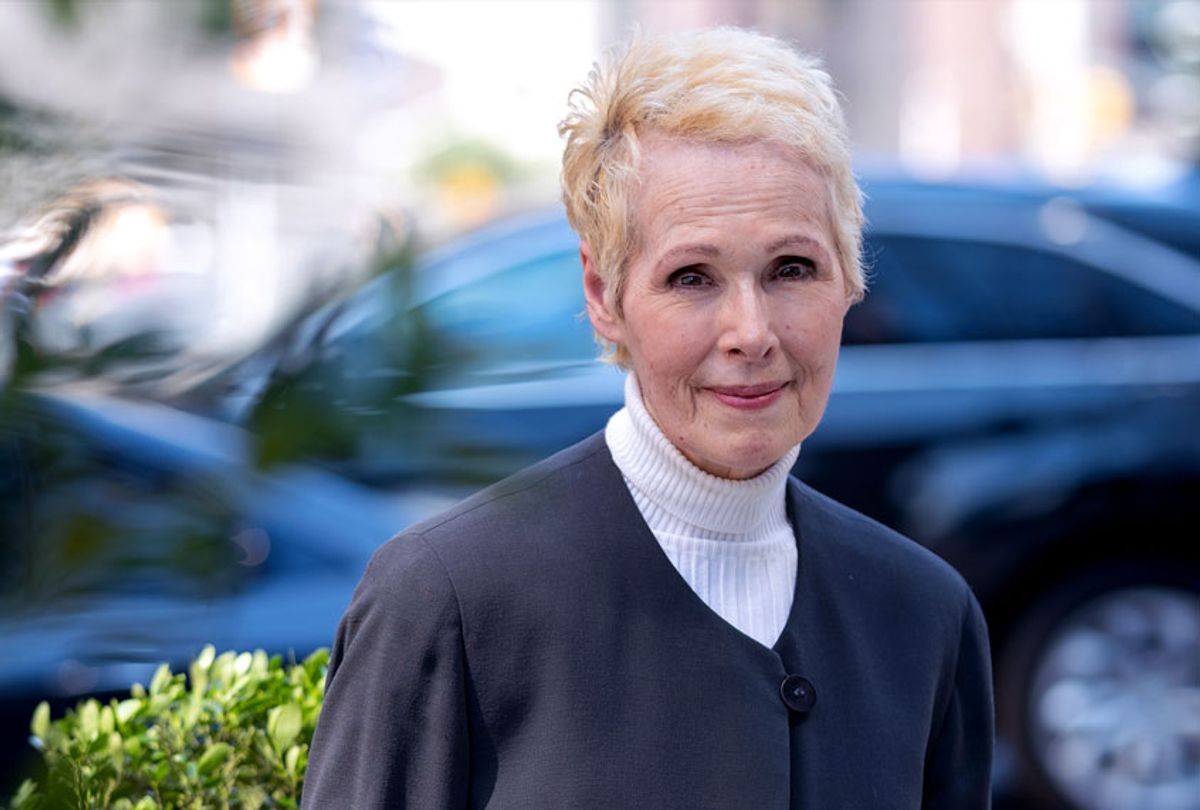 E. Jean Carroll, the advice columnist who claims Donald Trump raped her in the late '90s, said that she was fired from the magazine Elle in December as a result of Trump's allegedly defaming her character.

"Because Trump ridiculed my reputation, laughed at my looks, & dragged me through the mud, after 26 years, ELLE fired me," Carroll tweeted on Tuesday. "I don't blame Elle. It was the great honor of my life writing 'Ask E. Jean.' I blame @realdonaldtrump."

Trump has been firing back at Carroll in reaction to her accusations that came to light in June when New York Magazine published an excerpt from her upcoming book, "What Do We Need Men For?: A Modest Proposal." In the excerpt, Carroll claimed that in late 1995 or early 1996, she encountered Trump at the Bergdorf Goodman department store in Manhattan. When he asked for her help in picking out a gift for "a girl," she helped him find an appropriate present and was eventually led to the lingerie section of the store. While there he allegedly pushed her against a wall, pulled down her tights and raped her.

In response to the accusations, Trump told reporters that he could not have raped Carroll because she is "not my type." After she posted a photograph of the two of them standing next to each other in the 1990s, Trump said that "there's some picture where we're shaking hands. It looks like at some kind of event. I have my coat on. I have my wife standing next to me."

He also told a reporter that Carroll's claim was "a total false accusation. I don't know anything about her. She's made this charge against others, and you know, people have to be careful, because they are playing with very dangerous territory." Trump compared Carroll to Christine Blasey Ford, who accused Brett Kavanaugh of sexually assaulting her.

After Trump denied Carroll's accusation, the advice columnist filed a defamation lawsuit against him. Her lawsuit claims that "through express statements and deliberate implications, he accused Carroll of lying about the rape in order to increase book sales, carry out a political agenda, advance a conspiracy with the Democratic Party and make money. He also deliberately implied that she had falsely accused other men of rape. For good measure, he insulted her physical appearance. Each of these statements was false. Each of them was defamatory."