Collins won previous elections with more than 60% support of women voters. More than 60% of women now oppose her 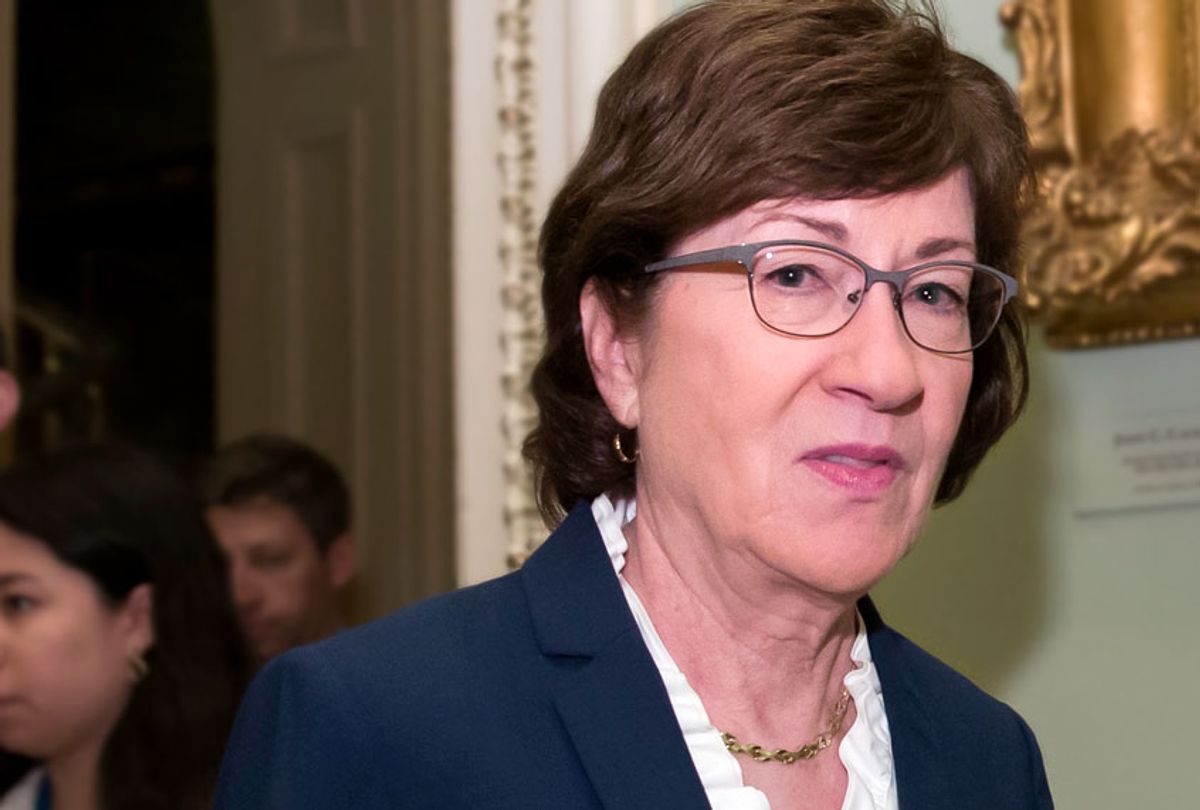 Sen. Susan Collins, R-Maine, appears to be facing the toughest election of her career, with her support plummeting in a new poll.

Collins is in a virtual tie with Maine Speaker of the House Sara Gideon, one of four Democrats running to face the GOP incumbent, according to a new Colby College poll first reported by The Wall Street Journal. Gideon leads the Democratic field in the poll by more than 50% and is the overwhelming favorite to face the Republican in November.

Gideon leads Collins 43-42 in the survey, which has a margin of error of 3%. Fourteen percent of Maine voters remain undecided.

The poll was the first conducted in Maine in many months. The last poll, conducted in June, showed Collins leading Gideon by 16 points. Collins has never lost re-election and won her last race by nearly 40 points.

It comes after Collins voted to acquit President Donald Trump in his Senate impeachment trial, claiming that he learned a "big lesson" from the experience. Collins also angered Democrats and independents alike when she voted to confirm Supreme Court Justice Brett Kavanaugh despite multiple allegations of sexual assault.

But her vote on Kavanaugh could prove more consequential. Democrats and allied groups have spent millions on ads targeting Collins' seat since the vote, which prompted a massive crowdfunding effort in support of her eventual challenger. Gideon has outraised Collins in each of the last two quarters.

Support for Collins has never been lower since she was elected to the Senate 24 years ago. Collins is now the most unpopular senator in the United States with a 52% disapproval rating, edging out Senate Majority Leader Mitch McConnell, R-Ky, according to a Morning Consult poll released last month.

Dan Shea, who chairs the government department at Colby College, told Maine Public Radio that the starkest trend is Collins' loss of support among women. Collins won past elections with more than 60% of women supporting her candidacy. More than 60% oppose Collins in the latest poll, and just 25% of women under 50 support her.

Though her impeachment vote did not help, many of these trends began after her Kavanaugh vote, Shea said.

Shea asserted that Collins could be a dying breed in Republican politics.

"Sen. Collins' brand has been one of moderation — fiscally conservative and socially liberal. She's pragmatic. She's secular," he said. "That brand of moderate Republican doesn't fit well with the rest of the Republican world — the larger national Republican world that is being led by President Donald Trump and U.S. Sen. Mitch McConnell."

At the end of the day, the "real issues" are related to her collapse among women voters.