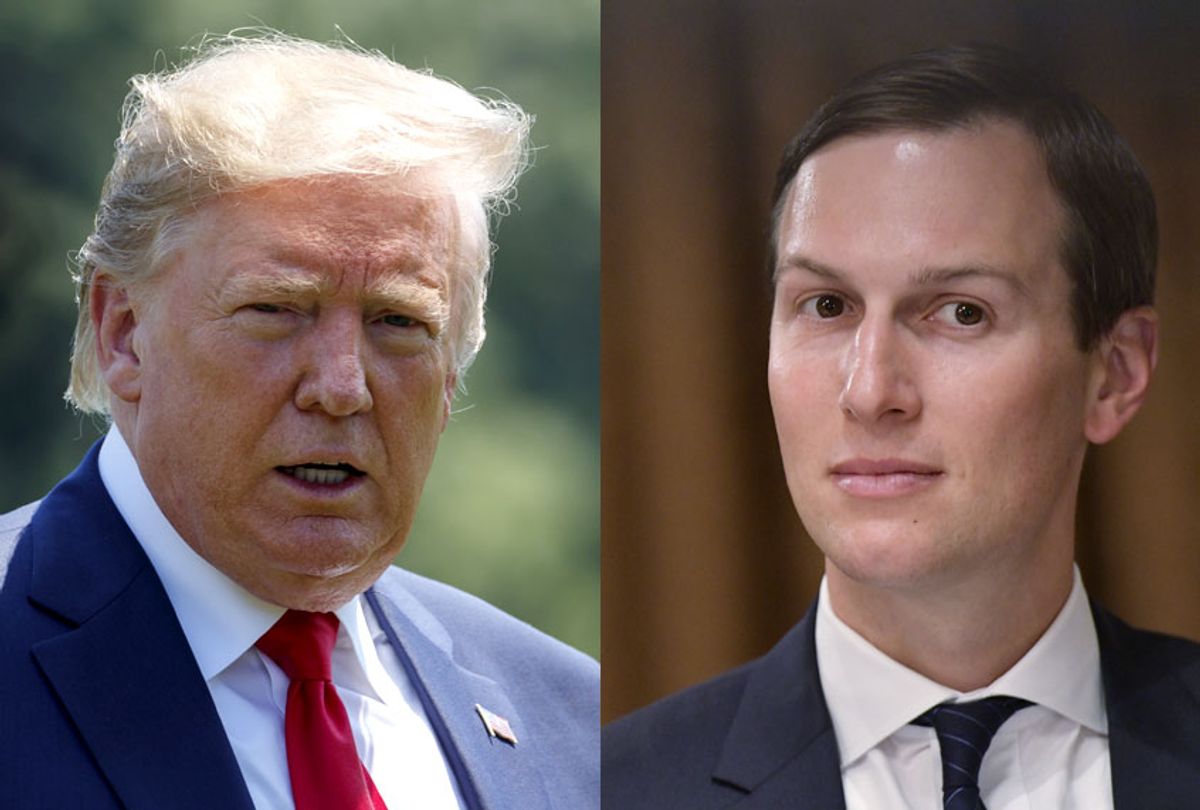 President Donald Trump's controversial pardons of numerous supporters convicted of corruption came after his son-in-law and senior adviser Jared Kushner wrestled control of the process from the Department of Justice, according to a new report.

While the Justice Department has traditionally overseen the pardon process and made recommendations to the White House, Kushner has taken "a leading role" as the Trump administration seeks to exert more control over clemency decisions, The Washington Post reported.

Trump, who granted clemency to 11 people on Tuesday, tasked Kushner and former Florida Attorney General Pam Bondi, who served on the president's impeachment legal team, last year with revamping the pardon process, according to the report. All clemency applications must now be submitted directly to the White House Office of American Innovation, which is headed by Kushner. Trump's son-in-law has also been tasked with solving Middle East peace, reforming the immigration system, building the border wall and re-electing the president, among a variety of other responsibilities.

Kushner has personally reviewed applications before presenting them to Trump for approval, two senior administration officials told the outlet.

Democrats criticized Trump's pardon decisions, claiming that the president has handed out clemency to supporters and well-connected people "instead of helping any of the 13,000 federal inmates who have petitioned for clemency" and are serving "overly harsh sentences and deserve mercy."

And the opposing party was not the only group concerned by the Republican president's pardons. Larry Kupers, who headed the Justice Department's pardon office during Trump's first two years in office, said the acts of clemency have been unfair to inmates who do not have access to the president and his allies.

"I would urge President Trump to look closely at thousands of federal inmates who really deserve clemency," Kupers said, "rather than focusing on his cronies."

The White House previously tried to take over the pardon process, but then-Deputy Attorney General Rod Rosenstein pushed back and instructed the pardon office not to deal with anyone else in the administration except the president, the attorney general and himself.

Among those granted clemency on Tuesday was former Illinois Gov. Rod Blagojevich, who was convicted in a scheme to sell former President Obama's vacant Senate seat after appearing on "The Celebrity Apprentice." His wife repeatedly went on Fox News to praise the president and liken her husband's case to the Bob Mueller investigation, which Trump has called a "scam."

Kushner supported the move even though other White House and campaign aides "argued heavily against it," three administration officials told The Post.

After his release from prison, Blagojevich proudly declared: "I'm a Trumpocrat."

Trump also issued a pardon to former New York Police Commissioner Bernie Kerik, a longtime friend of Trump's personal attorney Rudy Giuliani. Kerik pleaded guilty to tax fraud and lying to government officials when he was tapped by former President George W. Bush to head the Department of Homeland Security. The pardon also reportedly wiped out the $103,300 in restitution that Kerik was ordered to pay to taxpayers.

Several other controversial pardons raised questions about whether some individuals were able to "buy" their pardons.

Trump's pardon of former financier Michael Milken, a close friend of Treasury Secretary Steven Mnuchin, came days after billionaire Nelson Petz hosted the "most expensive" fundraiser since Trump took office, according to The Washington Post. Petz made his fortune from Milken's illicit schemes.

Trump's pardon of former Texas construction company owner and Republican donor Paul Pogue came after Pogue's family contributed more than $200,000 to his re-election committee and tens of thousands of dollars to former Sen. Rick Santorum, R-Pa., and Texas Attorney General Ken Paxton, both of whom lobbied for the pardon.

"It looks like in the Trump White House, you can buy a pardon," Sen. Elizabeth Warren, D-Mass., tweeted. "This is corruption, plain and simple."