At Bernie's caucus eve rally: Why these Nevadans are betting on Sanders

At a 2,000-strong rally in Las Vegas, Salon speaks to Sanders supporters about why they're with him 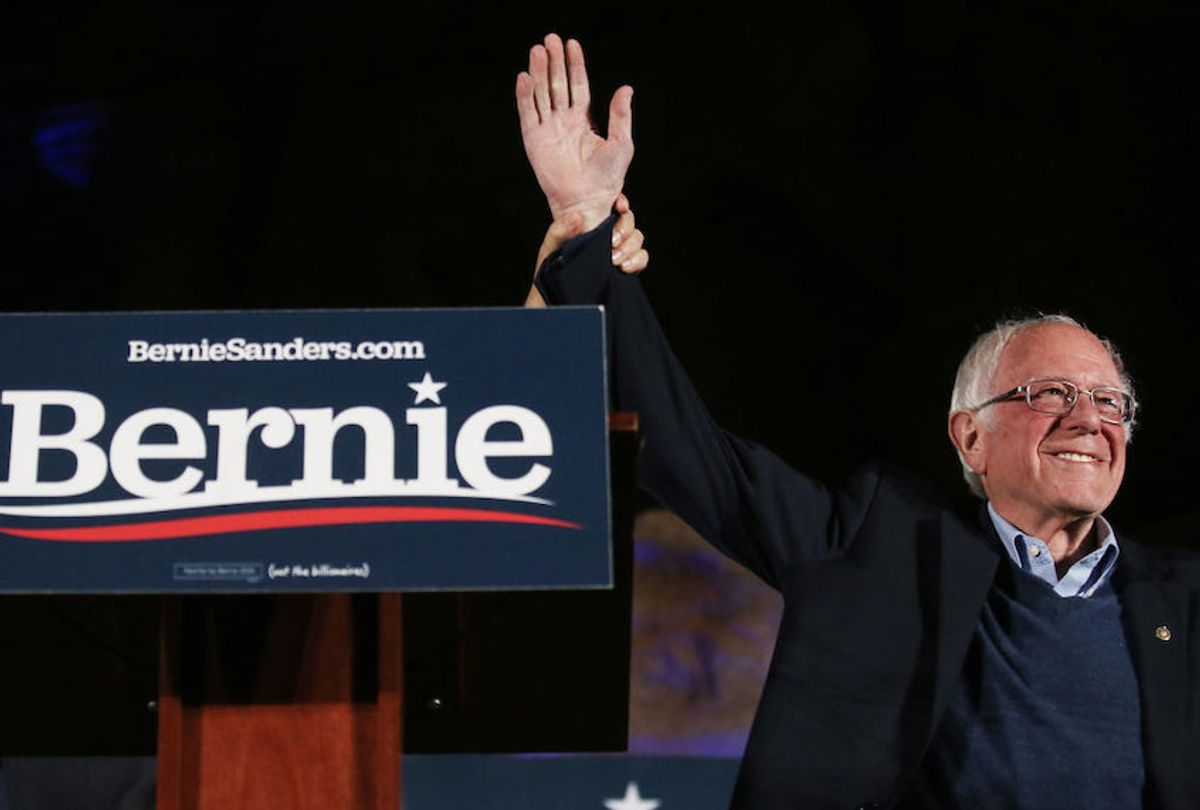 LAS VEGAS — Any doubts that Nevadans wouldn't show up for Sen. Bernie Sanders (I-Vt.) were quickly squashed by the amount of people lined up to get into his Friday night rally in Las Vegas on the eve of the Nevada caucus: an estimated 2,020, according to his campaign. One would have been forgiven for assuming the crowd spilling out the main entrance and down the street had lined up to get into one of the city's hottest shows, not a "Get Out the Vote" event. Despite stereotypes that Sanders only draws support from the young (and mostly white), the crowd was visibly diverse in age, ethnicity and race. And anyone who didn't arrive already wearing the requisite Bernie gear had plenty of opportunities to buy some as they waited to enter the venue.

Sanders entered the Nevada caucus today as the front-runner, according to various polls, but also by the mere turnout and energy for his campaign in Las Vegas. Sen. Elizabeth Warren of Massachusetts held a rally on Friday evening, too, with an estimated crowd count of 500, according to her campaign. So did former Vice President Joe Biden. While Salon didn't attend that rally or receive an estimated crowd count, if it was anything like Biden's earlier event in the day, it was likely not as big of a spectacle as the Sanders rally.

Today, Nevada will be the third state to vote in the 2020 Democratic presidential primary. As the "first in the West" caucus, Democratic candidates see today as a chance to get a better understanding of their appeal in a more diverse state than Iowa or New Hampshire. In Iowa, Sanders tied with the former mayor of South Bend, Indiana, Pete Buttigieg, according to the state's recanvass results. In New Hampshire, Sanders pulled ahead. A Nevada victory could signal he's closer than ever to snagging the Democratic nomination in this year's presidential race.

At the rally, supporters told me they're voting for Sanders on Saturday for a variety of reasons, with Medicare for All coming up often. That's not a surprise, considering Nevada ranked 50th in a national healthcare ranking in 2018. Reese Krider, a 20-year-old Nevadan who has been volunteering for Sanders, said on Friday night that Medicare for All is an important issue for him because he witnessed his father struggle with healthcare when he had cancer.

"I was witnessing the hell of insurance, you know, just ridiculous cost of healthcare, and trying to convince my dad to take chemo, and he said no, it's too expensive," Krider said. "No one should ever get punished for being sick, and that's my reason. It's personal for me."

Buzz Reyes, a 24-year-old server and musician, said Sanders is "the candidate that talks about every single thing that matters to the working class," including healthcare.

Not everyone in Nevada is in favor of Sanders' idea of Medicare For All, which would replace union insurance policies, as Salon has reported.

Marci Pichardo, a 33-year-old administrative assistant who has been campaigning in Nevada for Sanders as well, said she supports him because of his climate change policy. "I really like what he believes as far as climate change," she said, adding that she will be caucusing in his support today.

"This country needs aggressive people, like a candidate like Bernie Sanders," Malloy said. While he won't be voting in a caucus today because he now lives in Pennsylvania, he said his family in Vegas will be because they are "all Bernie people."

Indeed, many people were in attendance with their families.

Sheila McDonald, a 61-year-old retired Nevadan, said she attended the rally because her son wanted her to attend. When asked if she's Bernie supporter, she said, "I wasn't until tonight."

"I've heard all the candidates except I didn't see Elizabeth Warren speak, and I kind of had a bad attitude toward Bernie because I blamed him for dividing the party with the election last time and tonight I feel better towards him and we have to vote for him," McDonald said. "We have to get Trump out, he's despicable, he's running our democracy, he's ruined our reputation around the entire world, and everything Bernie is speaking for is what I believe in."

McDonald admits that Sanders came into this primary race last on her list of candidates because "I was really very bitter" after the 2016 election. But something has shifted for her.

When asked if she would be caucusing for Sanders on Saturday, she said yes.