In an Inflection Point conversation, the actress and author reflects on Me Too, Times Up, white feminism and more 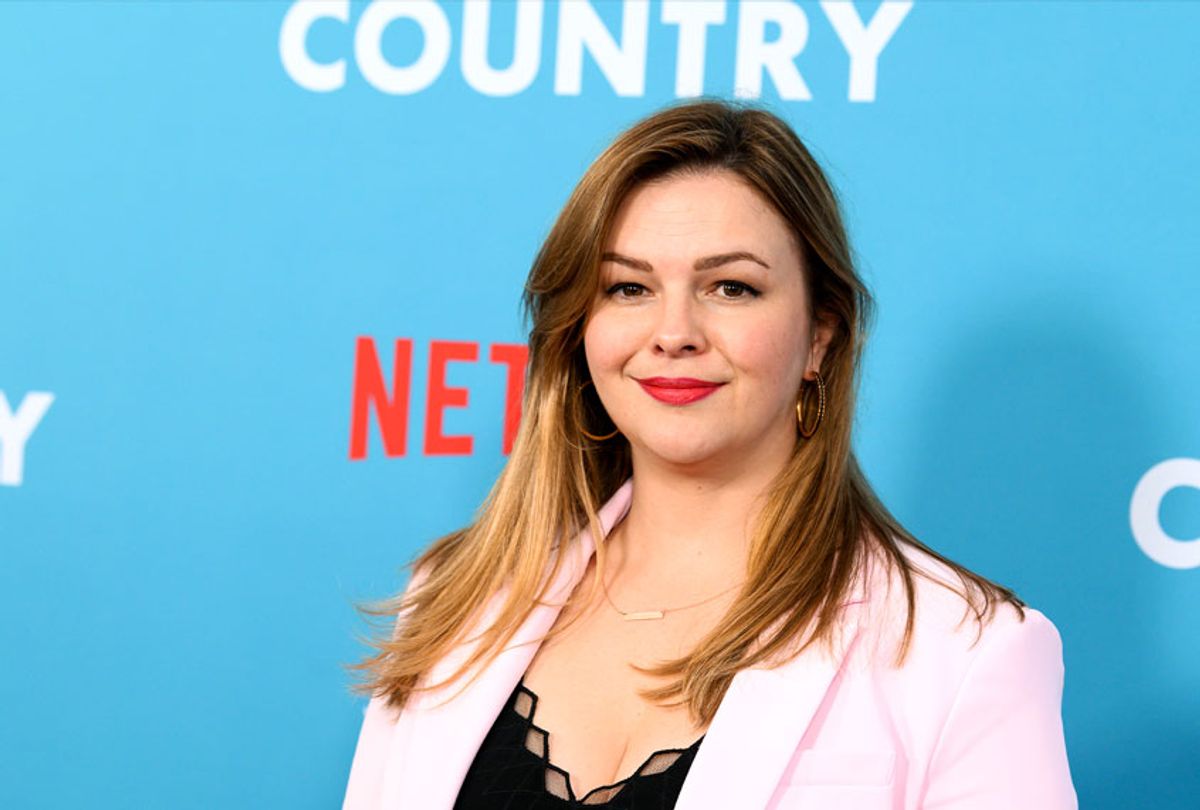 A few years ago actress Amber Tamblyn – you might know her from "General Hospital," "The Sisterhood of the Traveling Pants" and "Joan of Arcadia" –  published an op-ed in the New York Times entitled "I'm done with not being believed." It came out just weeks before the Harvey Weinstein investigations in the New York Times and New Yorker dropped, before the mainstreaming of #MeToo, but almost a year after Trump's "grab 'em by the pussy" tape made the news.

In her op-ed, Tamblyn tells of a time when, as a 16-year-old child actress, a well-known actor almost as old as her dad tried to pick her up and then called her a liar when she outed him on Twitter.

"I wrote the piece which really looked at that exact idea," Tamblyn told me in our conversation for Inflection Point. "Which was that I was really, really, really effing done with not being believed, with being told that my story was always not going to matter, that it was always going to be 'let's not believe her first and let's believe him first', just because that's the narrative. That's the way things go."

After the piece came out, Tamblyn attended a Hollywood party she'd been to many times before, filled with household names: famous performers, powerful executives.

"Women who run companies who I've never talked to, who would I would normally really not have an interaction with [began] coming up to tell me how much that piece meant," Tamblyn said. "And many of them are sharing some stories. That was the part that I didn't really realize. It had sort of set this fire on everyone reading it on social media and in that world, but that was a really powerful evening in which I sensed that something was coming. Yeah, that's the only way I can describe it, is that it was like this, the sense that something was coming."

Then in quick succession, we all learned about Harvey Weinstein, felt the full force of the MeToo Movement and saw the creation of gender equality activism group Times Up, of which Tamblyn is a founding member.

"And now we've seen, you know, in so many ways, especially with these incredible silence-breaker women who have come forward and testified and given their stories about what Weinstein did," Tamblyn said. "But not only that, not only the violence, but silencing and the stalking and hiring these companies to follow them and plant evidence against them and everything that's happened. You understand how far men in positions of power will go to keep us quiet and away from that power. So to me, it was, it struck such a nerve and it just felt like an opening."

In the wake of all this, Tamblyn wrote a book called "Era of Ignition: Coming of Age in a Time of Rage and Revolution," which is part memoir, part manifesto, and part call to action. We sat down together in San Francisco while she was in town as part of the release of her book in paperback.

To hear more about how we can all play a role in leading change, listen to our conversation.

Get more stories of how women rise up on the "Inflection Point" podcast, help support our production, and come on over to The Inflection Point Society, our Facebook group of everyday activists who seek to make extraordinary change through small, daily actions.