By any means necessary: Trump's prepared to cheat again in 2020 — and lie about it shamelessly

Democrats are right to be nervous about this election: Trump's slavish followers are eager to help him cheat 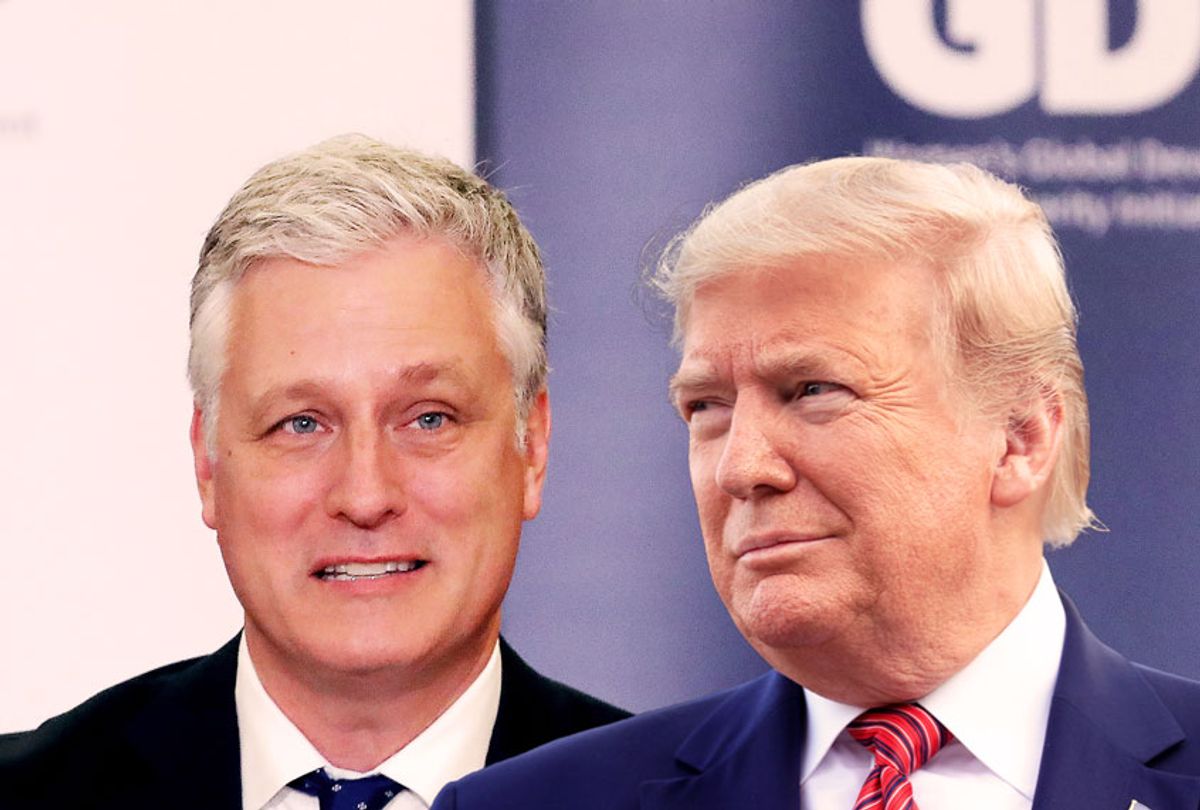 The presidential campaign is heating up and Democratic voters are wringing their hands trying to figure out which of their candidates is more likely to beat President Trump. Pundits have talked themselves in circles while strategists try to figure out which demographic mixture and turnout models will lead to victory as the number-crunchers slice and dice the polls to discover the most likely path to 270 votes in the Electoral College.

This isn't unusual but it is especially intense this time because most Democrats understand that Donald Trump is an existential crisis. Because of the nature of his implausible victory in 2016 and the surreal character of the last three years, they have lost confidence in their ability to understand politics at all.

On the surface, Trump is not in a good position to win re-election. His approval ratings have been mired in the low 40s his entire term. He's been the subject of one scandal after another, to the point that the nation is exhausted with the drama. Despite the fact that people give him credit for the good economic numbers, that doesn't help his overall favorability. He was impeached for doing something that his supporters knew perfectly well was wrong, but now see as a legitimate form of partisan warfare.

Nonetheless, there isn't a Democrat in the land, no matter who he or she supports for president, who isn't worried on some level that Trump will somehow pull it off again. They aren't wrong to worry. He cheats.

Vote-suppression tactics have been a conservative mainstay, of course, from the Jim Crow era through "Operation Eagle Eye" in the 1960s to today's voter-roll purges. That sort of thing will continue. But Trump is something else entirely.

On the most mundane level, his incessant lying is a form of cheating. He lies about everything, but the lies that will have the greatest effect on his chances of re-election are the bold and blatant lies about his record. He says he is "saving pre-existing conditions" when his administration, as we speak, is arguing in federal court to end Obamacare, which is the law that bans insurance companies from denying insurance to people with pre-existing conditions.

Trump claims he will protect Medicare and Medicaid ("and the Democrats won't") when his budget actually cut them. He says he's built hundreds of miles of new wall along the Mexican border when he's actually only replaced existing barriers and added one new mile. He says he's passed numerous bills — and was the only one who could do it! — which were actually passed by his predecessors. And of course he says the nation is making vast sums of money from his trade war when, in reality, it's Americans who pay for the tariffs while Trump is handing out millions of dollars in bailouts to farmers who are hurt by them.

The entire premise of his "promises made, promises kept" mantra is built on the most bald-faced flagrant lie. He has actually accomplished almost nothing during his term aside from tax cuts for the wealthy. But with the help of the right-wing propaganda media, he's managed to convince his followers that everything good in their lives is directly attributable to him.

We know Trump will cheat again, in an even more insidious way, because he already did. While he was cleared of criminal conspiracy charges for his eagerness to accept help from the Russian government in 2016, only a month ago he was impeached for trying to extort another government into doing the same thing for him in 2020. His acquittal by his accomplices in the Senate doesn't change those facts.

We don't really know the full extent of the cheating foreign adversaries are preparing to do on his behalf, and with his blessing, but we know for sure that it is happening. Indeed, we've known for more than three years that the Russian government has developed sophisticated propaganda and hacking capability designed to interfere in our elections. This is not really in dispute, although events of the last few days have shown us that the president and his henchmen are prepared to lie to our faces about that as well.

Various media reported late last week that someone from the office of the director of national intelligence had conducted a standard briefing for the House Intelligence Committee, warning of more Russian interference in the upcoming campaign. When pressed, the briefer gave her expert analysis that the purpose was to help the Trump campaign as well as to create chaos. She also said they had evidence that the Russians were trying to aid Bernie Sanders' campaign in the Democratic primary.

No one is surprised by this. And no one is surprised that Trump would refuse to admit that it's happening. But now he's taken steps to foreclose anyone saying such a thing again. He pushed out the acting director of national intelligence, Joseph Maguire, and installed a couple of partisan stooges with an order to clean house. It wasn't long before the acting deputy director, a 20-year veteran, was out, along with the general counsel. The word has clearly gone forth that there is to be no more discussion of the Russians wanting Donald Trump to win the election.

Instead, the president's national security adviser, which is normally a serious, non-political role, offered a different story:

I think you can see where that's heading.

Perhaps the most lethal form of cheating can be seen in the way Trump mirrors the Russian strategy. GQ's Julia Ioffe spoke with a former CIA agent, Marc Polymeropoulos, who explained why the Russians favor Trump:

"Russian active measures thrive on chaos, and this is what a second Trump term delivers," says Polymeropoulos. "America is at war with itself politically for another four years. Advantage: Russia. Second, while it's true that the Trump administration has at times been very tough on Russia with respect to sanctions, strategically, under the Trump administration, Russians have regained a foothold in the Middle East, NATO is weakened by a more disengaged America, and Trump's disdain for Ukraine is a huge boon for Russia."

The chaos is an advantage for Donald Trump in the upcoming campaign as well. It keeps the Democrats off balance and never fully sure how to defeat him, particularly now that he has total control of the Republican establishment as well as a cultish following that simply cannot be moved. All of this has emboldened him to act in even more unpredictable ways.

This, more than anything, is what has Democratic voters tying themselves in knots over the election. Nobody has any real idea how to counter such a profoundly dishonest and amoral character. All anyone can know for sure is that he is prepared to win by any means necessary. Democrats are right to be nervous.