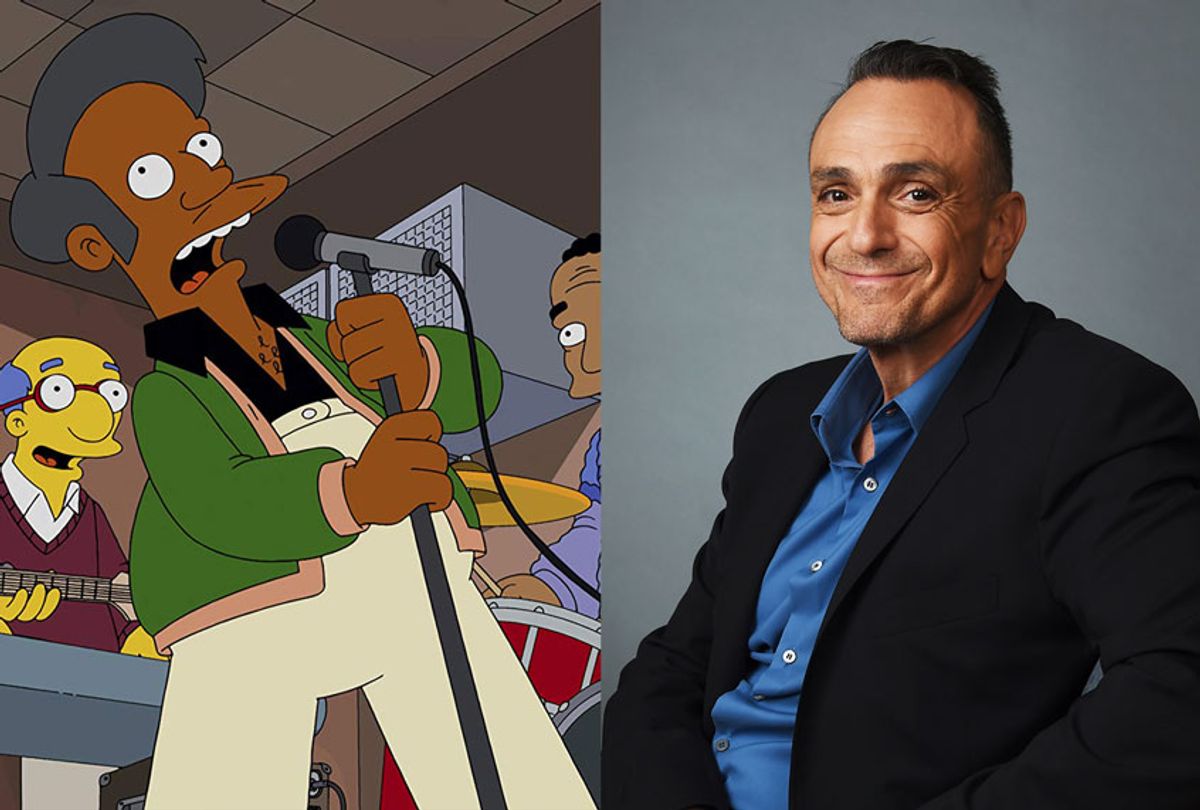 Hank Azaria, the prolific voice actor best known for his multiple roles in "The Simpsons," admitted that wants to "make up" for voicing the controversial character Apu and that he decided to stop doing so because "it just didn't feel right."

"What happened with this character is a window into an important issue," Azaria told "The New York Times" in an interview published on Tuesday. "It's a good way to start the conversation. I can be accountable and try to make up for it as best I can."

Azaria came to this realization after watching the 2017 documentary "The Problem with Apu," in which comedian Hari Kondabalu explores how "The Simpsons" character is used to perpetuate negative stereotypes about Americans of South Asian descent.

"Once I realized that that was the way this character was thought of, I just didn't want to participate in it anymore," Azaria admitted. "It just didn't feel right."

In the interview Azaria discussed how he drew inspiration for the character from a Peter Sellers brownface performance in the 1968 Blake Edwards comedy "The Party." The Emmy Winning-actor admitted that basing his characterization off of Sellers was "a real blind spot," as he had not been aware that many Indian Americans were offended by Sellers' performance, and acknowledged that he was "joyfully basing a character on what was already considered quite upsetting."

Although Azaria initially resisted hearing negative feedback about Apu, he drew from his own Jewish heritage to better understand why Kondabalu and others were upset by his performance.

"I started thinking, if that character were the only representation of Jewish people in American culture for 20 years, which was the case with Apu, I might not love that," Azaria explained.

Although the executive producers of "The Simpsons" have not announced what they plan on doing with the character, they supported Azaria's decision to stop voicing him, explaining in a statement that "we respect Hank's journey in regard to Apu. We have granted his wish to no longer voice the character." In 2018 "The Simpsons" announced that they were not writing any current scripts containing the character, and that same year released an episode titled, "No Good Read Goes Unpunished" in which, through the character of Lisa Simpson (Yeardley Smith), the writers argued that "something that started decades ago and was applauded and inoffensive is now politically incorrect. What can you do?"

In addition to exploring his own feelings and unsuccessfully attempting to interview Azaria, Kondabolu reached out to other Indian Americans including Aasif Mandvi, Aparna Nancherla, Aziz Ansari, Hasan Minhaj, Maulik Pancholy, Utkarsh Ambudkar, and Kal Penn for the documentary.

"Whatever happens with the character, to me, is secondary," Kondabolu told "The New York Times" regarding Azaria's change of heart. "I'm happy that Hank did the work that a lot of people wouldn't have. I feel like he's a really thoughtful person and he got the bigger picture."

In addition to his work on "The Simpsons," Azaria is best known for his roles in the films "The Birdcage," "The Smurfs," "The Smurfs 2," "Anastasia," "Mystery, Alaska" and "Godzilla," as well as TV shows like "Friends" and "Free Agents."