The ad uses “President Obama's voice out of context and twisting his words to mislead viewers,” a spokesperson says 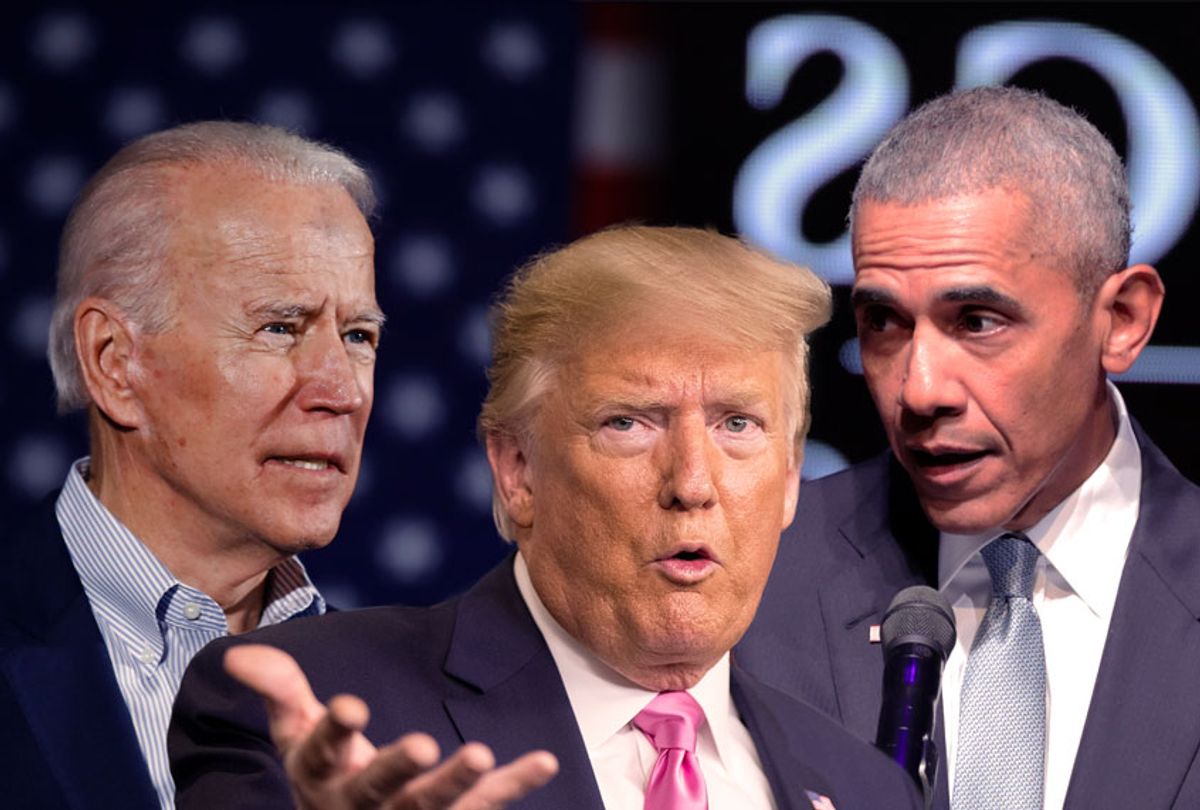 The ad — which was created by a pro-Trump group called the Committee to Defend the President — opens by saying, "Joe Biden promised to help our community. It was a lie." It then plays audio of Obama reading a passage from his 1995 book "Dreams from My Father" in which the former president spoke with a Chicago barber about how the city's Democratic politicians expected the support of black voters despite failing to address issues important to them, including unemployment, police brutality and the housing crisis. As the audio of Obama describes this version of "plantation politics," pictures of him with his former vice president are shown next to each other, suggesting those words describe Biden.

"This despicable ad is straight out of the Republican disinformation playbook, and it's clearly designed to suppress turnout among minority voters in South Carolina by taking President Obama's voice out of context and twisting his words to mislead viewers," Katie Hill, Obama's communications director, said in a statement. "In the interest of truth in advertising, we are calling on TV stations to take this ad down and stop playing into the hands of bad actors who seek to sow division and confusion among the electorate."

Hill added that Obama has "no plans to endorse in the primary."

In addition to calling on South Carolina television stations to stop playing the ad, Obama sent a cease-and-desist letter through the law office of Perkins Cole.

The letter, written by Patchen M. Haggerty, claims that "this unauthorized use of President Obama's name, image, likeness, voice and book passage is clearly intended to mislead the target audience of the ad into believing that the passage from the audiobook is a statement that was made by President Barack Obama during his presidency, when it was in fact made by a barber in a completely different context more than 20 years ago."

Andrew Bates, a spokesman for the Biden campaign, told Salon in a text message that "this latest intervention in the Democratic primary is one of the most desperate yet — a despicable torrent of misinformation by the president's lackeys."

He also compared the smear to Trump's attempt to "force another country to lie about the vice president," referring to how the president was impeached last year for pressuring Ukraine to investigate Biden and his son. There is no evidence Biden abused the powers of his office despite the conspiracy theories circulated by Trump and his allies.

Trump was acquitted in the Senate earlier this month along a mostly party-line vote. Every Democrat voted to convict Trump. Only one Republican, Sen. Mitt Romney of Utah, voted to convict him on either of the two articles.

Bates added that "Donald Trump and his allies are absolutely terrified that Joe Biden will defeat him in November" and claimed the ad "spotlights yet again what we've all known for a long time: Joe Biden will win this battle for the soul of our nation."

The Committee to Defend the President, which is spending more than $250,000 in the South Carolina primary to oppose Biden, defended itself by falsely claiming that Trump has done more than Biden to help the black community.

"It took President Trump to lower black unemployment and create jobs for the African-American community, in addition to passing criminal justice reform," chairman Ted Harvey said in a statement. "Joe Biden, on the other hand, is simply giving lip-service for votes. That's the point President Obama made in his book, and we have every right to use his own words — in his own voice — in the political forum."

Though Biden was initially the frontrunner for the 2020 Democratic presidential nomination in national polls, his campaign suffered disappointing losses in the first three nominating contests. It hopes a win in South Carolina will revive Biden's candidacy.

Biden himself has described South Carolina, which holds its primary on Saturday, as a "firewall" because of his widespread support among black voters. Recent polls have offered conflicting information about Biden's prospects in South Carolina: a CBS News/YouGov survey only found the former Vice President five points ahead of Sen. Bernie Sanders of Vermont, while a Monmouth University poll has Biden ahead of Sanders by 20 points