Can you eat an Impossible Burger if you're giving up meat for Lent? 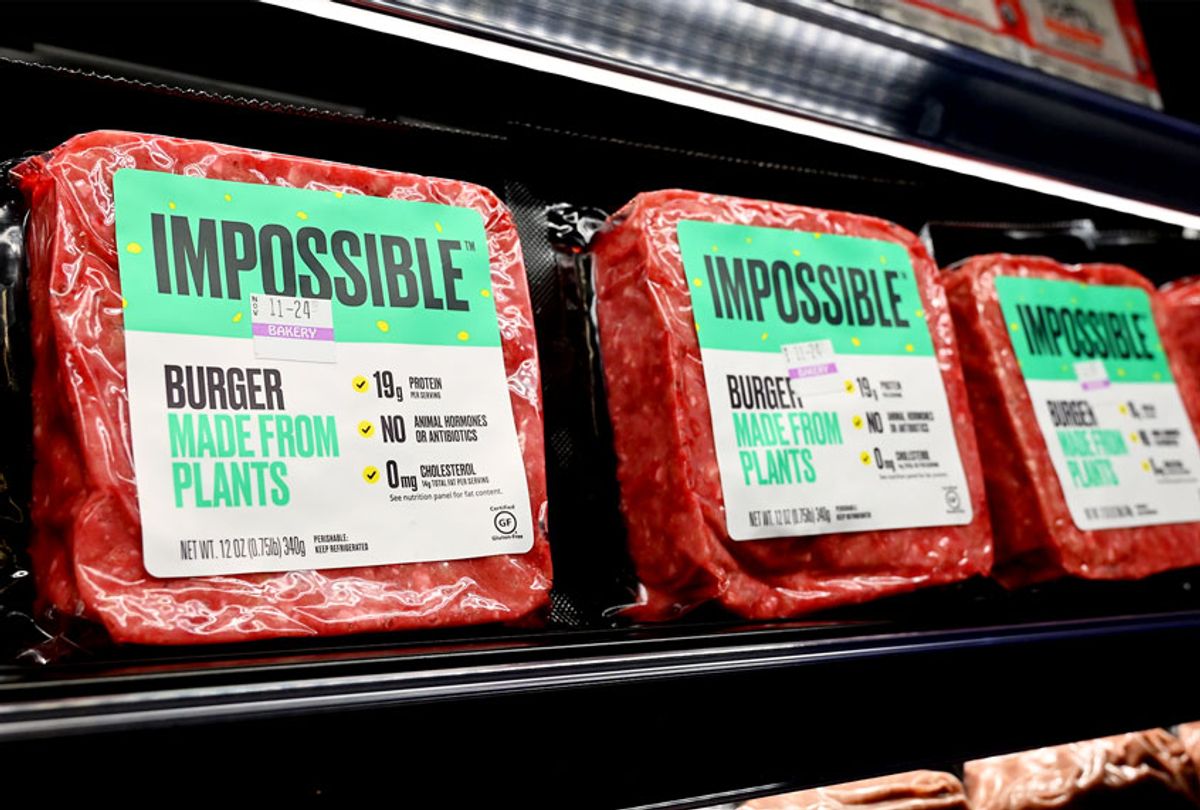 Until 1962, when the Second Vatican Council convened, Catholics refrained from eating meat on Fridays. Friday is recognized as the day on which Jesus Christ was crucified, so parishioners were discouraged from eating any warm-blooded animal that could be similarly sacrificed.

Then following Vatican II, Pope Paul VI relaxed fasting rules, meaning that Catholics needed only to avoid meat on Fridays during Lent. But now the question has been raised about how relaxed Catholics should be about indulging in meat alternatives.

It's a discussion that has occupied a lot of space in past years on Catholic.com forums, where year after year, commenters debate the respective holiness of products like seitan and tofurky. The ruling consensus seemed to be, as one forum user put it, "If it doesn't actually contain meat, you're allowed to eat it."

This lines up with a statement from the United States Conference of Catholic Bishops, which states: "Abstinence laws consider that meat comes only from animals such as chickens, cows, sheep or pigs, all of which live on land."

There were some detractors — like one commenter who said that eating soy-based meats was "akin to dry-humping when trying to stay sexually pure" — but most agree that these options were divergent enough substitutes that it felt like you were actually giving up something.

But is that still the case?

In 2015, PETA recommended those giving up meat for Lent look to alternatives like Gardein Garden Veggie Burgers and Tofurky deli slices. But lately, more impressive alternatives or "approximeats" like the Impossible Burger (which first made headlines in 2017 because it "bleeds" due to the addition of an ingredient called soy leghemoglobin) and Beyond Meat taste increasingly like the real thing.

As Salon's Amanda Marcotte wrote in 2019, it's only been quite recently that "there's a real chance of these fake meats actually replicating the taste and feel of genuine, harvested-from-a-once-breathing-and-feeling creature meat."

The introduction of these products has left #CatholicTwitter in a tizzy; everyone seems to have an opinion on whether devout followers can trade in their McDonald's Filet O' Fish sandwiches for a Burger King Impossible Whopper.

This is especially true following an article in the Chicago Tribune on Wednesday, "Lent in the age of the Impossible Burger: Do rules against eating meat on Fridays apply to fake meat?" Journalist Alexia Elejalde-Ruiz interviewed Todd Williamson, the director of the Office of Divine Worship at the Archdiocese of Chicago, who said that "you risk losing the whole spirit" of Lent if you replace meat with a close substitute.

"What's behind the whole tradition in practice is to go without in order to be in solidarity with those who are hungry, with those who can't afford meat," Williamson said. "By going without that we are reminded of others. We experience hunger ourselves. So it's a bit deeper than whether it's just a meat product."

But other church leaders are urging Catholics to think beyond, well, meat and fake meats, about Lent. In an Ash Wednesday speech, Pope Francis lamented how our society has devolved into a place wherein many feel insulated by their screens and empowered to "insult each other as if they were saying 'Good Day.'"

He recommended Catholics reduce screen time and "offensive and harmful words, which the internet amplifies," an intention that is potentially more heart-changing than legalistically debating the virtues, or lack thereof, of faux meat.