"The Most Dangerous Animal of All" asks what if your dad was the Zodiac Killer? 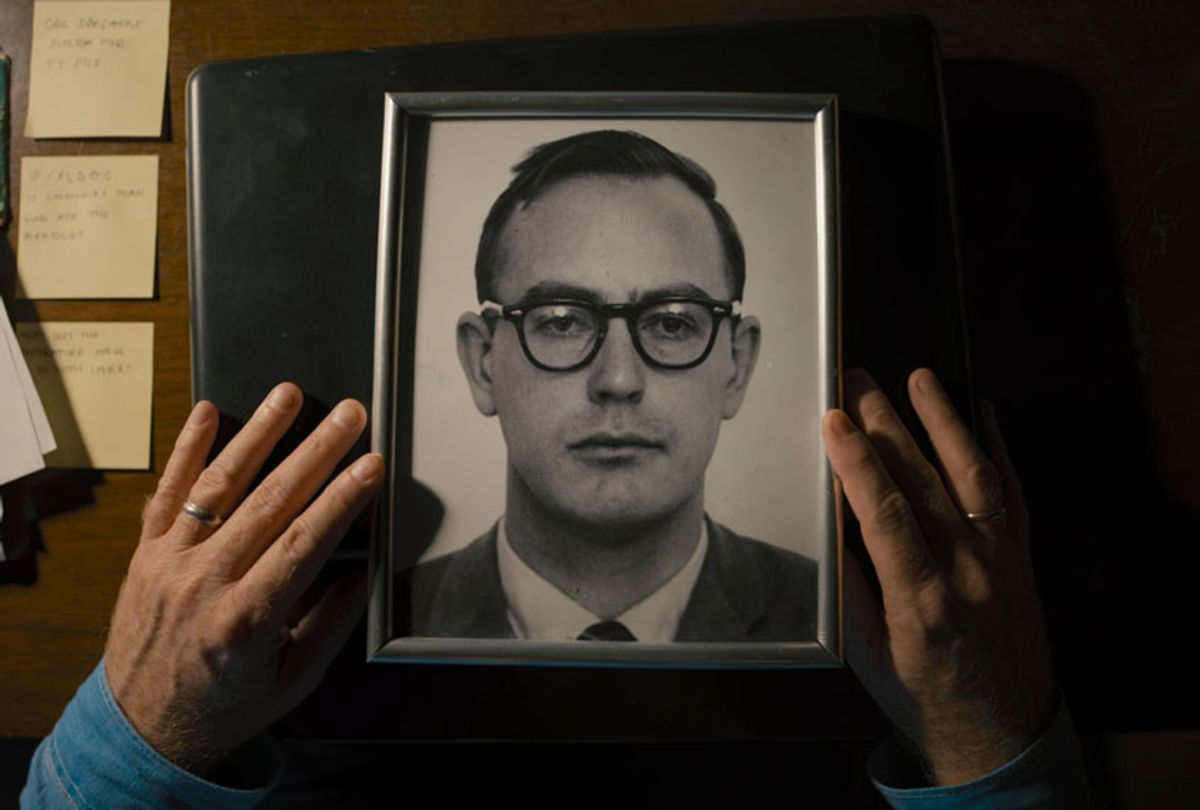 The Most Dangerous Animal of All (Earl Van Best/FX)
--

"The Most Dangerous Animal of All" is a new four-part documentary series on FX that explores Gary L. Stewart's search for his biological father, Earl Van Best Jr., only to uncover evidence that suggests his father is the Zodiac Killer, one of the most infamous serial killers in American history.

This series, which is based on Stewart's best-selling book of the same name, was executive produced by Ross M. Dinerstein — known for his work on "The Innocent Man" and "Jiro Dreams of Sushi" – and Academy Award-nominated director Kief Davidson, whose past work includes "The Ivory Game," "Who Shot the Sheriff?" and "Open Heart."

I spoke with both of them about what surprised them most about investigating this documentary project, as well as the enduring mythos of the Zodiac Killer.

This interview was edited and condensed for clarity.

Both Kief and Ross, you are well-established documentarians; how did your past projects inform how you approached this story and how did this story allow you to deviate from your past work?

Kief Davidson: I think in many ways, this project has some similarities to some of my past work. Sort of a recurring theme for me is finding complex characters. I've had a number of films that have dealt with characters that may be trying to overcome some insurmountable obstacle. So, when I received the book for this and then ultimately met with Gary, he very much fed into sort of that same character world that I've explored. For example, "Kassim the Dream" was an interesting one for me because he was a former child soldier who was really trying to overcome his past and make it as a world champion boxer in the U.S. And I think in a lot of ways, there's similarities with Gary there, in really trying to understand his past — and then this understanding of his past ultimately becoming quite an obsession for him.

Ross Dinerstein: Yeah, I mean, look — this is very different than "The Innocent Man," to say the least. This project actually came to me while we were in the editorial process for "The Innocent Man," which was very interesting in that the facts are sort of very black and white. Yes, people had questions about the guy's innocence or guilt, but the facts are the facts. This story is very different.

As you know, both of them came from a book; "The Innocent Man" by John Grisham, and this one was by Gary Stewart. And Gary is not a professional author and he had "skin in the game," like it was his story, his family. And Gary believes it and continues to believe it, so we had to be respectful of that fact, but we also had to be unbiased and we had to tell the story. So that was really the biggest challenge for me was was sort of figuring out that, you know, Gary's book, although a piece of nonfiction was written by someone that had his own set of beliefs, and had done his own research, but it was all sort of serving what he wanted the truth to be.

Why do you think people are still so intrigued by the case of the Zodiac Killer?

Davidson: I remember the David Fincher film "Zodiac," so I didn't know a tremendous amount. And I think the "why" is that it is very much an unsolved case. I mean, it was the first really big case of a serial killer who very openly taunted the police, and also really taunted the public. His goal was to bring fear to the hearts and minds of the people in the Bay Area. So I think there's been a lot of fascination about that — also, there's really only been one Zodiac letter that's been cracked, and that was cracked early on. The remaining letters are still a mystery.

And in our investigative process on our own we managed to find footage that really pointed to why the Zodiac case was not cracked in 75 by the police that were working on it, and it's definitely a big, big thing that ultimately comes out.

Dinerstein: At the end of the day, the Zodiac Killer, he didn't kill a lot of people. But what he was able to do was, in a pre-internet age, create a viral fear. And you know, his manipulation of the press and of the police, making threats to shoot children, his taunting about being so smart and being one step ahead — I think ultimately is the reason he became so fascinating and people sort of all, at least to some extent, know the story. You know, the David Fincher movie obviously helped bring it back to the forefront, but the fact that it seemed unsolvable is another reason I think it's never going to go away.

We seem to have reached peak true crime content over the past few years. The shows have, in large part, moved away from scandalous "Housewives Who Kill"-style series towards more thoughtful considerations of justice and investigation. But this story is interesting in the sense that it grapples with what happens when "true crime" and someone's real life unexpectedly converge. Did that make you think differently about the genre at all?

Davidson: Not really. I wasn't looking for other true crime shows to get inspiration for this. I think we managed to dig up some pretty fascinating stuff. As fascinating as Gary's story was, there was this other half of the story — the Zodiac story. But what was probably most compelling in regards to what we're talking about right here was just how we worked as investigators on this, in conjunction with actually hiring our own private investigator to investigate our main character, Gary. So ultimately it became a partnership between us. So it made me look at the process of true crime a bit different, but I tended to avoid true crime for a while because a lot of what I had seen in the past was pretty sensational, which is not an approach I wanted to take on this one. I wanted it to feel more like an elevated feature documentary.

Dinerstein: I think I'm more of a fan of nonfiction stories and thriller, and true crime has evolved into some of the best stuff out there. I like, you know, "The Staircase." That sort of changed my life in a way because it was real — real access and real stakes. You know, the salacious kind of tabloid stuff is not something that I'm into or that I'll ever make. And we go out of our way to talk about that when we're talking to subjects and looking at projects.

I had ankle surgery this week and have been sort of bedridden, inhaling nothing by crime documentaries and am just getting more and more impressed with each one that comes out. You know, "Don't F*ck With Cats" blew my mind, and I don't think it could have been done without shows like "The Staircase."  Another thing, too — this is FX's first true crime series, right? FX is an incredible network and the fact that this is their first foray into it was a real honor for us, and we're really respectful of their brand.

Without giving away too much, were there any particular turns that truly surprised you when researching this docuseries?

Davidson: As I mentioned before, we certainly discovered footage from the Zodiac case in the '70s that's never been seen before, and it points to a significant reason as to why the case was not solved. I'd say in general, what surprised me was just how much information Gary dug up on his biological father, and the affair he had — if you want to call it that — with Gary's biological mother, Judy Chandler. There's a lot of really good investigation into that and I really started to understand the complexities of not only Gary and his obsession, but Earl Van Best Jr.'s obsession with Judy. At the end of the day, you come to realize that there's "like father, like son" things and I think obsession was one thing that sort of unites the two of them.

Dinerstein: There were a lot of turns that the investigation took that surprised me, and I think if it really came down to the biggest one, it was just how poorly the evidence was handled by the San Francisco Police Department. I remember someone telling us that letters from the Zodiac Killer were actually given to kids to take to their show-and-tell and be passed around. Now, this was before DNA evidence was a thing, but now with the technology that we have, they can't use any of that evidence because of mishandling of it back then.

"The Most Dangerous Animal of All" premiered its first episode on March 6 on FX and is currently available to stream on Hulu.