That "McMillions" ending is just as satisfyingly crazy as its premise 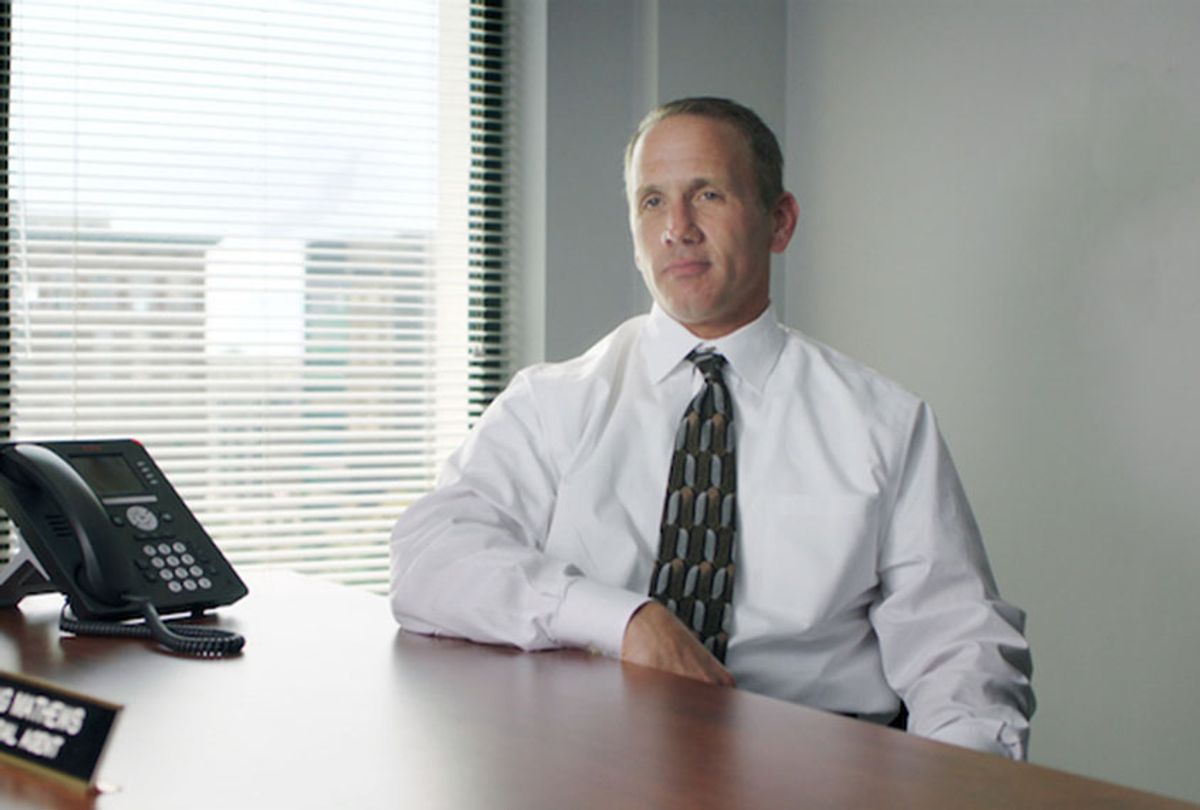 Spoiler alert: This recap includes spoilers from the finale of HBO's docuseries "McMillions."

"The McDonald's case was what we call a career case," says FBI special agent Timothy Adams in the "McMillions" season finale that aired Monday. "You're doing something that seems like they would make a movie about it."

In this case, the kind you would make a deeply satisfying docuseries about (though there is reportedly an upcoming McDonald's Monopoly scandal movie starring Ben Affleck and Matt Damon in the works).

And what made "McMillions" — the story of how one man managed to defraud McDonald's out of $24 million in prize money by rigging the fast-food chain's popular Monopoly promotional game — so compelling, right up until the end credits, is that it paid off on every detail teased throughout the series.

I know this sounds like basic stuff, but loose ends abound in the world of true crime. Think about it — how often have you sat through a show or series that presents an investigation, only for the screen to fade to black, leaving you with follow-up questions like, "What about the murder weapon?" or "Who actually was charged with what?"

Entering the sixth and final episode of HBO's "McMillions," there were three main questions that still needed to be answered:

The answer to the first question begins with a stroke of luck that was literally Jacobson's lottery ticket. One day, a package of silver, tamper-proof stickers — the same kind that sealed the envelope used to transport the winning Monopoly game pieces from the production line — showed up at Jacobson's desk. With those stickers in hand, all Jacobson needed was a moment or two alone with the envelope, which he got when he would dash off to the airport restroom, unaccompanied by his handler, Hilda, who opted instead to relax in the frequent flier lounge.

Once there, he would cut off the original silver sticker with an envelope cutter, take a handful of the winning game pieces, and then replace them with non-winning game pieces from a plastic baggie that he kept concealed in his pocket. He'd seal the envelope back up with one of his personal stickers, then on with the show.

Without that misdirected box of stickers, the scam really wouldn't have been possible. It's so simple, it's almost silly — and really reframes the entire McMillions scandal as a crime of opportunity that spiraled out of control.

As a result, 53 people were indicted. Seven of those individuals — including George Chandler, who had been unwittingly looped into the scheme by his foster father — went to trial. Chandler pleaded not guilty because he felt he couldn't be culpable for a crime he didn't know he'd committed. That didn't initially stand up in court.

"McMillions" does a commendable job in this last episode of imbuing the court proceedings surrounding white collar crime and mail fraud with a significant amount of excitement. Part of this is pacing; the show's explanation of how and why certain people were tried and charged is pretty succinct.

But more than that, the case is shown as having very real stakes for everyone. The most severe sentence doled out was given to Jerry Jacobson: roughly three years in prison and monthly restitution payments of $370. However, every person who was part of the McDonald's Monopoly scam had something to lose — houses, marriages, custody of their children, businesses, and community trust.

In this way, "McMillions" plays into a steadily developing genre of "true criminal justice" television. I've written about this before, specifically in reference to the Netflix documentary series, "The Prosecutor, The President & The Spy," which delves into how the death of Prosecutor Alberto Nisman — who had spent two decades investigating the 1994 bombing at the Asociación Mutual Israelita Argentina — was potentially tied into government corruption in Argentina

In an interview with Variety, director Justin Webster — known for his work on the Emmy-winning "Six Dreams" and HBO España's "The Pioneer" — said he hoped the series would shed new light on the conditions of Nisman's death.

"'The Prosecutor''s thrust is to reach some more clarity on a subject that is so difficult, and so complex . . . As often happens, in lots of cases, they play out over a long period of time," Webster said. "People have strong opinions about it, but they don't really know the whole story."

In comparison, "McMillions" is a staggering case that was nearly erased from public memory because 9/11 occurred just as it was getting ready to go to trial. Any stories about the scam, which for a few weeks had occupied front pages on newspapers all across the country, were relegated to the back of the issue.

Coming into the series, viewers may have heard bits and pieces of the scandal, but "McMillions" works hard to tell the complete narrative, which also means complicating the roles typical to sensational  "true crime," wherein the law enforcement officials are always wholly good and the perpetrators of the crime are always completely bad. In "McMillions," the FBI agents are portrayed as pretty golden, but the individuals who were swept up in the scam are given a full chance to display their humanity.

Some of the "winners," like Gloria Jean Brown, described ill-gotten money as a life-changing blessing; inherent to those winnings was an opportunity for a different life for her and her son. Besides, would a $100 billion company really miss her $1 million? The answer is probably not — but justice must be served.

So then who tipped off the FBI to the fact that there was an ongoing scam? For a moment, it looks like the answer to that question was actually the IRS. Flight attendant Lee Cassano, who had gotten swept up in the scam at the behest of Jerry Colombo, says that she told the IRS about it in an attempt to get out of a $50,000 tax debt.

Special agent Doug Matthews, who is still very much the secret sauce of the series, finds this assertion laughable. If the IRS knew about the scandal, he asks, don't you think they would have wanted to be involved in the takedown?

After a little hemming and hawing from Heather Colombo, Jerry Colombo's sister-in-law, she drops the final bombshell of the series: Ma Colombo, Jerry's mother, was the informant. It turns out that she wanted custody of Jerry's son — and shining light on the McDonald's Monopoly scandal was, in her mind, a surefire way to get Robin Colombo, Jerry's widow who was involved in the scam, out of the picture.

Just as Heather finishes explaining Ma's reasoning to the shocked directors, her teenage son walks into the room, having just returned from work. The camera zooms in on his work uniform, settling on a small logo of The Golden Arches. Their son now works at McDonald's, a fact that proves what "McMillions" has told its viewers all along: the truth really is stranger than fiction.