Harvey Weinstein hospitalized for chest pains, not a heart attack 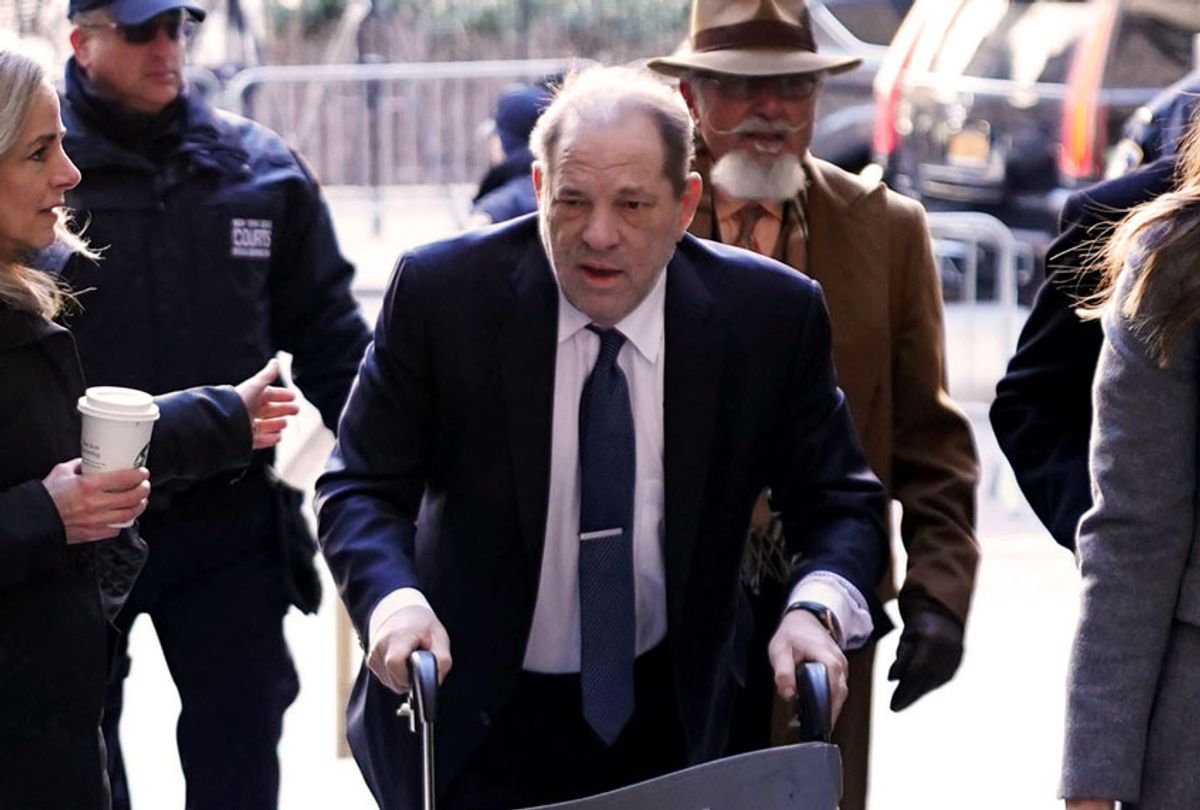 Convicted rapist and disgraced movie producer Harvey Weinstein was hospitalized at Bellevue on Wednesday, after being sentenced to 23 years in prison for third-degree rape and a criminal sex act.

Although Weinstein's publicist first said that Weinstein suffered a "mild heart attack," that diagnosis was retracted and changed to suffering from dangerously high blood pressure, reports the New York Times. After sentenceing, he reportedly had chest pains and was rushed over to NYU Langone/Bellevue Hospital where he stayed overnight and is currently being monitored.

This is not the first time that Weinstein has complained of health problems during his trial and sentencing. Doctors reportedly inserted a stent into Weinstein's heart last week and moved him to an infirmary unit on the following day. Weinstein is reported to have fallen and hit his head while in jail on Sunday, with his publicist later claiming that might have suffered a concussion as a result. He was also conspicuously seen using a walker throughout the trial.

Louisette Geiss, who has accused Weinstein of sexual misconduct, described Weinstein last month as "a very good actor" and said, "This is a man who knows how to manipulate the press and clearly he's done so with his iconic walker; let's just say I know women who are literally dying who are also victims and I say let's give them the help."

Weinstein reportedly delivered a rambling, self-pitying statement when he was sentenced on Wednesday, after he arrived in a wheelchair. He reportedly talked about having had "serious friendships" with his chief accusers, said that he was "totally confused" by the accusations and has "remorse for his situation" but painted himself as a philanthropist and a victim.

"I am a builder. I know how to build and I know how to generate things on a charitable nature, and I know how to pass my success forward," Weinstein said in his statement. He also claimed, "I am just feeling for the thousands of men and women who are losing due process. I am worried for this country."

He added, "People are losing their jobs over the fact that they testified. This is the United States of America. This is wrong. I had no great powers in this industry. At the height of its fame, Miramax was a small company."

Weinstein was convicted last month of raping former actress Jessica Mann in 2013 and committing a criminal sex act against former production assistant Miriam Haley in 2006. Four other women testified at his trial about alleged sex crimes that he committed against them, including Lauren Young, who claimed that Weinstein groped her and ejaculated in her presence; "The Sopranos" star Annabella Sciorra, who alleged that Weinstein raped her; and former waitresses Tarale Wulff and Dawn Dunning, who both accused Weinstein of sexual assault.

Roughly 100 women overall claim Weinstein engaged in sexual misconduct against them. Weinstein is being charged with one count of rape and one count of sexual assault in a separate trial scheduled to begin in Los Angeles. The accusations against him sparked the Me Too movement, one that has encouraged individuals who were victimized by sexual misconduct to come forward with their stories.