"Never Rarely Sometimes Always" director on making her anti-"Juno" film: "I just got on the bus" 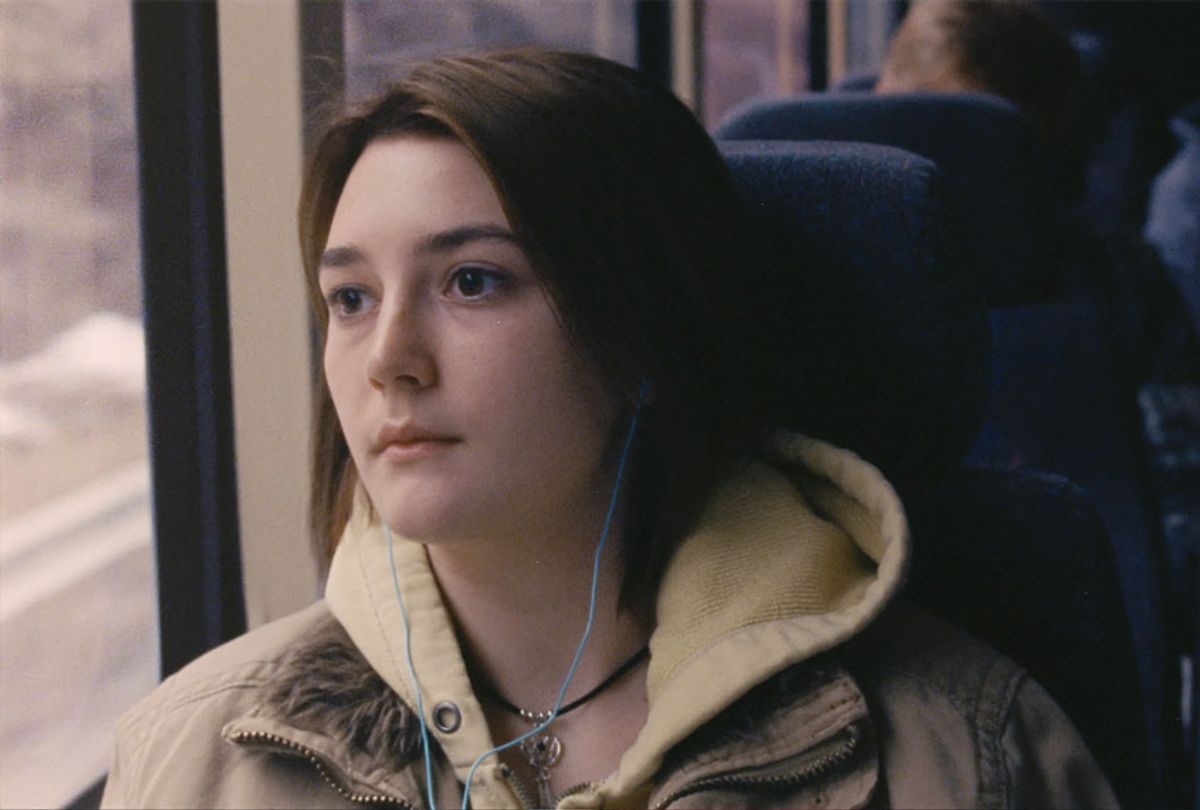 "Great," cracks Eliza Hittman. "My most hated place on earth at the moment." We are in the back seat of car, crawling through early rush hour traffic past one of the grimmest structures in New York City — the Port Authority. The busy writer and director is running behind on a press day for her new film, so our conversation is being conducted as she's en route from one engagement to another. Yet it feels entirely fitting to be here, on the move and in front of the bus station, with the director of an abortion road movie that uses that site as a crucial film location. "We wrapped our movie right in there," she says. "We drank beer in the parking lot at 6 a.m."

"Never Rarely Sometimes Always," Hittman's third feature-length drama, follows taciturn Pennsylvania teen Autumn (the revelatory newcomer Sidney Flanigan) as she traverses state lines to enter New York for an abortion. It's a dark, picaresque story, with Autumn's resourceful cousin Skylar (Talia Ryder) along for the ride to help her terminate her pregnancy in a state where parental consent is not required. Hittman has referred to the movie as the anti-"Juno," though it is not without its currents of satire. It pointedly opens on a '50s-style school talent show, and Autumn strumming The Exciters' "He's Got the Power."

To create the story, Hittman herself journeyed by Greyhound bus from a small former coal town in the Keystone State to New York. "It was a way to look for inspiration and to try to immerse myself in the characters' point of view and experience and to feel my writing process," she says. "The only bus that comes through is actually known for dropping off on heroin. Someone gets off and does a pass off of heroin and gets back on the bus. It's a very dark place, and I didn't capture the darkness of that place — but we felt it for sure." She adds, "I just got on the bus and wanted to see what the characters saw and I wanted to see who got on the bus. I wrote from those moments and made little video sketches on my iPhone to document my own trip. It was a fun way to discover the story."

That story is an enigmatic one. The details of Autumn's life emerge slowly, and much is left for us to figure out. We see her toss a a glass of water in a taunting male classmate's face. We meet her sneering stepfather (or maybe father?), who calls the family dog "a little slut." We watch her work as a cashier with her cousin, where the two are subjected to the gross approaches of men far too old, and an end of shift transfer of cash that comes with a creepy kiss on the hand from the boss. The girls bear it all with a disgust the males around them seem entirely oblivious to — but they also know that confident cluelessness is one of the few tools they have in their defense, and they use it to their advantage.

Early on, Autumn goes to a "women's health center" that soon reveals itself to be an anti-abortion front, where she confirms that she's pregnant. She goes home and promptly pierces her nose, a defiant act of simultaneous self-harm and self-care. "It shows her taking agency over her body," says Hittman, "but it also alludes to the past. There's something violent and sexual about watching her push this needle through her skin. I wanted it to be both, and for the audience to cover their eyes as they watch it."

Autumn listens to the gentle coercion from the kindly folks at the center. She Googles. She desperately tries to self-abort. Finally, she and Skylar wind up in New York, lugging an enormous suitcase block after often rainy block, through turnstile after turnstile. That suitcase serves as a metaphor; it's the weight the girls carry around this world, the burden that makes it hard for them to move freely. It's also a prop, of course. "I read an article a long time ago about women who travel to New York for abortions and there was one small detail in it that women overpack," says Hittman. "It planted an image in my mind that I couldn't shake. Because on some level I think there's this delusional expectation that you're going to go to New York and maybe have some tourist experience while you're there. But the reality is that you're just going there for an abortion."

What the girls assumed would be a quick procedure soon turns into a days-long odyssey, with nowhere to stay and rapidly dwindling funds. That they are managing this, emotionally and physically, through one person's second trimester abortion and the constant shadow of harassment and worse is enough to make you leave the theater and go donate some money to Planned Parenthood right away. I know I did.

In the pivotal scene that gives the film its name, (and yes, Hittman is aware there's technically a missing "Often" in there) a clinic counselor goes through a checklist with Autumn about her about sexual history. The two females go back and forth, as the questions become more intimate and Autumn starts to hint at the circumstances of her pregnancy. The counselor is played by real life social worker Kelly Chapman, who worked with Hittman on developing the scene, and her reassuring steadiness grounds the whole encounter. It's a difficult and moving dialogue, one in which the stoic girl lets her facade crack just a little, even as she's trying to compose herself.

The film never reveals any more than Autumn's minimalist responses, including the identity of the father. "I wanted to focus on the environment as being antagonistic toward her, rather than having an antagonist," explains Hittman. "I always knew from the beginning that it was her story, and that it wasn't about her confronting this person." What it does instead is show, unwaveringly, Autumn's strong sense of what is the right action for her, and her determination to do just that in spite of a punitive, misogynistic legal system eager to make it as difficult and humiliating and expensive as possible.

There is much about "Never Rarely Sometimes Always" that is intensely unsettling and enraging. It should be. It is an unsettling and enraging state of things when a young girl who has been sexually victimized has to run a near impossible gauntlet of manipulation, misinformation and barricades to have a constitutionally protected procedure. It is unsettling and enraging that this scenario is being played out again and again in towns all across our country. But please don't think the film is a downer, or too hard to bear. It is also an affecting testament to resilience, and to the power of female bonds.

Throughout much of the story, Autumn and Skylar endure the unasked-for touches of males whose sense of entitlement extends all the way to their bodies. The girls, however, use touch in a different way — to communicate their support and loyalty. In a moment at the bus station, they can't speak, but no words are necessary. Our country fails our girls and women in so many ways. But there is also quiet grace and love to be found and held on to, when we need it most, when we reach out for it. Even in the darkest hours. Even in the Port Authority.