Burr dumped as much as $1.56 million in stocks after reassuring Americans of the federal government's preparedness 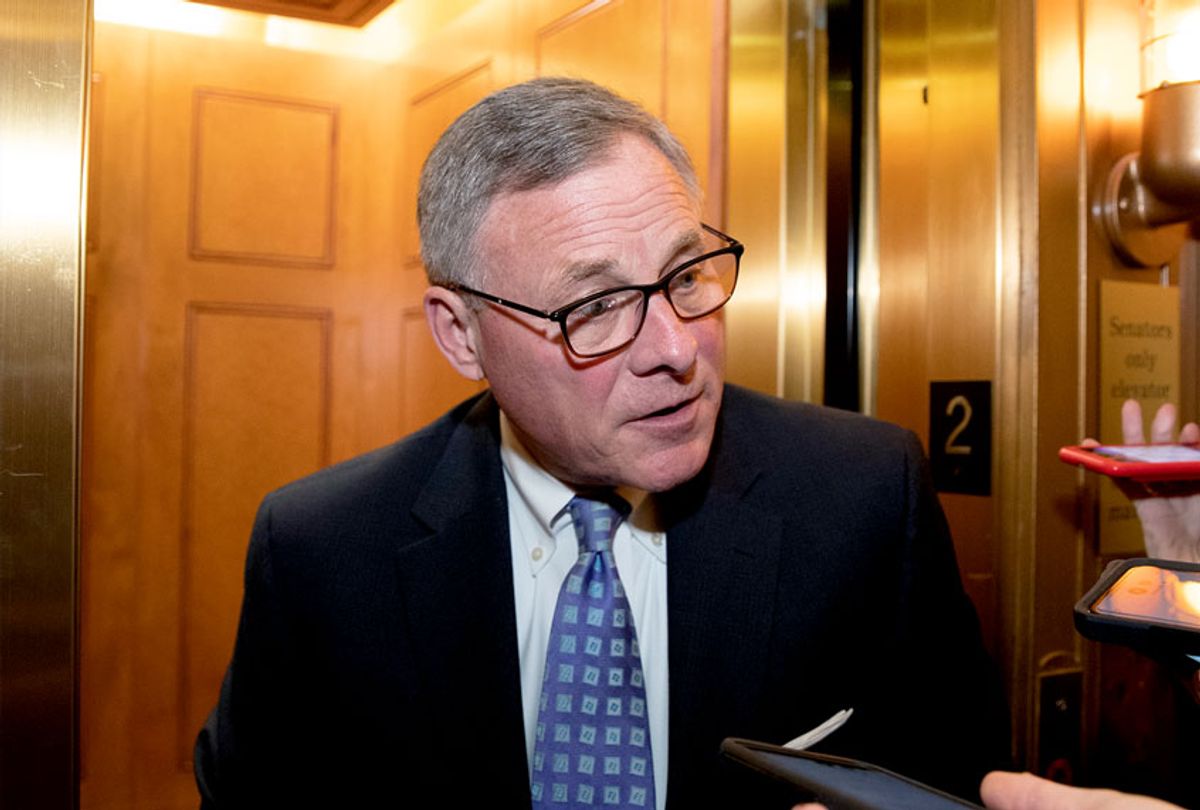 "I relied solely on public news reports to guide my decision regarding the sale of stocks on February 13," Burr said Friday in a statement. "Specifically, I closely followed CNBC's daily health and science reporting out of its Asia bureaus at the time. Understanding the assumption many could make in hindsight, however, I spoke this morning with the chairman of the Senate Ethics Committee and asked him to open a complete review of the matter with full transparency."

ProPublica revealed that Burr sold between $582,029 and $1.56 million in stocks on Feb. 13, shortly after writing in a Fox News op-ed that "we are not only ready to face the coronavirus today but new public health threats in the future." Because some of the stocks that Burr sold were in the hotel and hospitality industries, which were hit hard by the outbreak, critics have raised concerns that Burr potentially abused his access to sensitive information about the pandemic.

One of those critics, Fox News host Tucker Carlson, told his audience on Thursday night that Burr should resign if he indeed profited off of insider knowledge about the impending crisis.

"He had inside information about what could happen to our country, which is now happening," Carlson said. "But he didn't warn the public. He didn't give a primetime address. Didn't go on television to sound the alarm. He didn't even disavow an op-ed he had written just ten days before claiming that America was, quote, 'better prepared than ever for coronavirus.' He didn't do any of those things."

After describing how Burr rid himself of stocks in companies that would be impacted by the outbreak, Carlson concluded that "maybe there's an honest explanation for what he did. If there is, he should share it with the rest of us immediately. Otherwise, he must resign from the Senate and face prosecution for insider trading."

The Fox News host added, "There is no greater moral crime than betraying your country in a time of crisis. And that appears to be what happened."

Burr is not the only Republican senator being accused of insider trading. Sens. Kelly Loeffler of Georgia and Jim Inhofe of Oklahoma also unloaded large amounts of stock right before the stock market crashed.

Carlson also attacked Sen. Lindsey Graham, R-S.C., in his segment, pointing to a report that Graham had tried to attach a provision to the upcoming coronavirus relief package that would benefit wealthy Chinese investors. The Fox News host claimed that Graham was "working to reward the Chinese" for the coronavirus pandemic by "passing out residency documents to rich Chinese, nearly all of whom by definition have ties to our enemies in the Chinese government."

He asked, "Why is he pushing it at the very moment that the threat we face from China has never been clearer or more imminent?"

This is not the first time that Carlson has opposed what he perceives to be financial corruption in the Republican Party. Speaking with Salon last year, Carlson said he felt as though President Donald Trump's tax bill "just sort of assumes that what's good for finance is good for America" and argued that Republican lawmakers need to realize that they "have a new constituency and it's people who are primarily wage earners and primarily — not low income, but lower income."