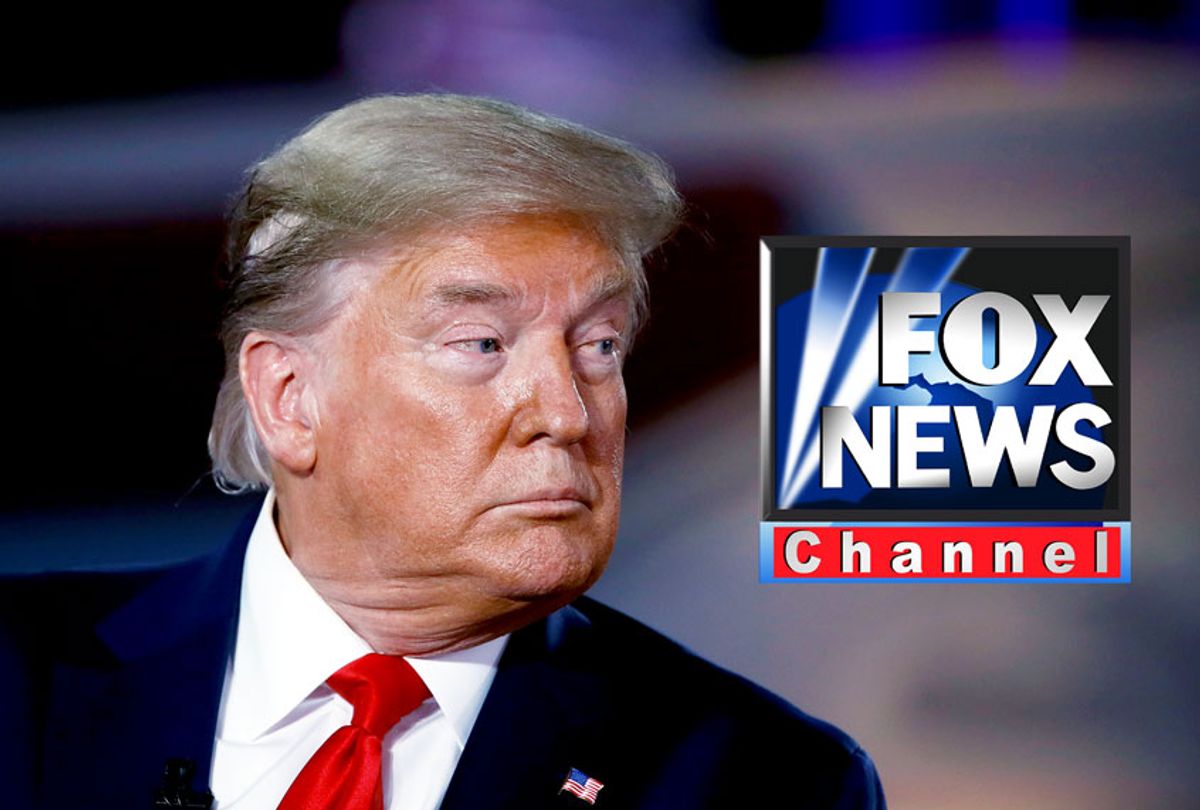 Hours after Fox News host Steve Hilton called the response to the coronavirus pandemic "worse than the disease," President Donald Trump vowed to reassess the economic shutdown in only 15 days.

"WE CANNOT LET THE CURE BE WORSE THAN THE PROBLEM ITSELF," Trump tweeted in all caps Sunday night. "AT THE END OF THE 15 DAY PERIOD, WE WILL MAKE A DECISION AS TO WHICH WAY WE WANT TO GO!"

Hilton warned during an earlier segment that working Americans would be "crushed" by the current economic shutdown.

"You know that famous phrase? 'The cure is worse than the disease,'" he said. "That is exactly the territory we are hurtling towards."

Hilton urged Trump to reassess whether the economic shutdown was necessary within the next 15 days, adding that "poverty kills. Despair kills. This shutdown is deadly."

"I hate to say this, but 15 days is not going to be long enough" for social distancing Dr. Eric Feigl-Ding, epidemiologist and senior fellow at the Federation of American Scientists, told Salon on Monday. (The 15-day period discussed by Trump was initiated last week and would thus end next Monday.)

After noting that the Centers for Disease Control recommends 50 days of social distancing, the doctor argued against Trump's claim that the damage to America's economy would outweigh the benefits of proactively responding to the pandemic.

"I think public health always needs to come first, because this epidemic, if we keep it unchecked, will actually do way more harm to our economy in terms of health care costs, in terms of suffering to the labor force, in terms of so many other economic and dimensions of health care," Feigl-Ding added. "I think we have to pay some short-term pain for long-term gain here. And I only wish we had done this sooner, because it's like a wildfire. If you let the wildfire get out of control, you're going to have to throw away more resources around it and do a lot more painful things."

Two prominent New York Times columnists have also argued that the economic toll of the pandemic response is worse than the outbreak itself. Thomas Friedman wrote on Sunday that "either we let many of us get the coronavirus, recover and get back to work — while doing our utmost to protect those most vulnerable to being killed by it. Or, we shut down for months to try to save everyone everywhere from this virus — no matter their risk profile — and kill many people by other means, kill our economy and maybe kill our future."

Friedman's views were echoed by colleague Bret Stephens, who wrote Friday that if the economy is shut down for months "we might face not a recession but a full-blown depression, which would be financially ruinous for hundreds of millions and have its own disastrous knock-on effects in mental, emotional and physical health, including for the elderly and sick who already face the greatest risks from the virus."

Both Friedman and Stephens quoted Dr. John P.A. Ioannidis, the epidemiologist and co-director of Stanford's Meta-Research Innovation Center, who wrote last week that the response to the pandemic was "like an elephant being attacked by a house cat. Frustrated and trying to avoid the cat, the elephant accidentally jumps off a cliff and dies."

But Feigl-Ding called attention to how the Trump administration's own actions have contributed to the severity of the pandemic.

He concluded that the Trump administration had been "basically dismissing science" in its response to the pandemic.

Hilton spoke with Salon in June about his views on Trump's nationalist ideology.

"I think the closest articulation of it actually is that 'America First' phrase," Hilton said. "If you look back, the interesting thing about him is that these are very consistent views. I mean, the other night on my show, I did a sort of China thing, where we had clips of him in the 1980s and '90s, [and in] 2010, saying exactly the same thing about trade as he is saying today. And people say, 'Oh, well, he was then talking about Japan.' He was, but he was also talking more recently about China, and China's rise, and so on. Totally consistent for the past 30 years or so."

"In those days it was all about America: 'We are being ripped off, America should be doing better.' It's a fierce kind of patriotism, and a belief in America, I think," Hilton continued. "'America First,' therefore, is the closest thing I think you're going to get to a defining idea of Trumpism, and that does connect trade issues and immigration issues."

Watch the full video of Steve Hilton's segment via YouTube: