Glenn Beck argues older Americans should go back to work: "I'd rather die than kill the country"

"'Cause it's not the economy that's dying — it's the country," the former Fox News host says 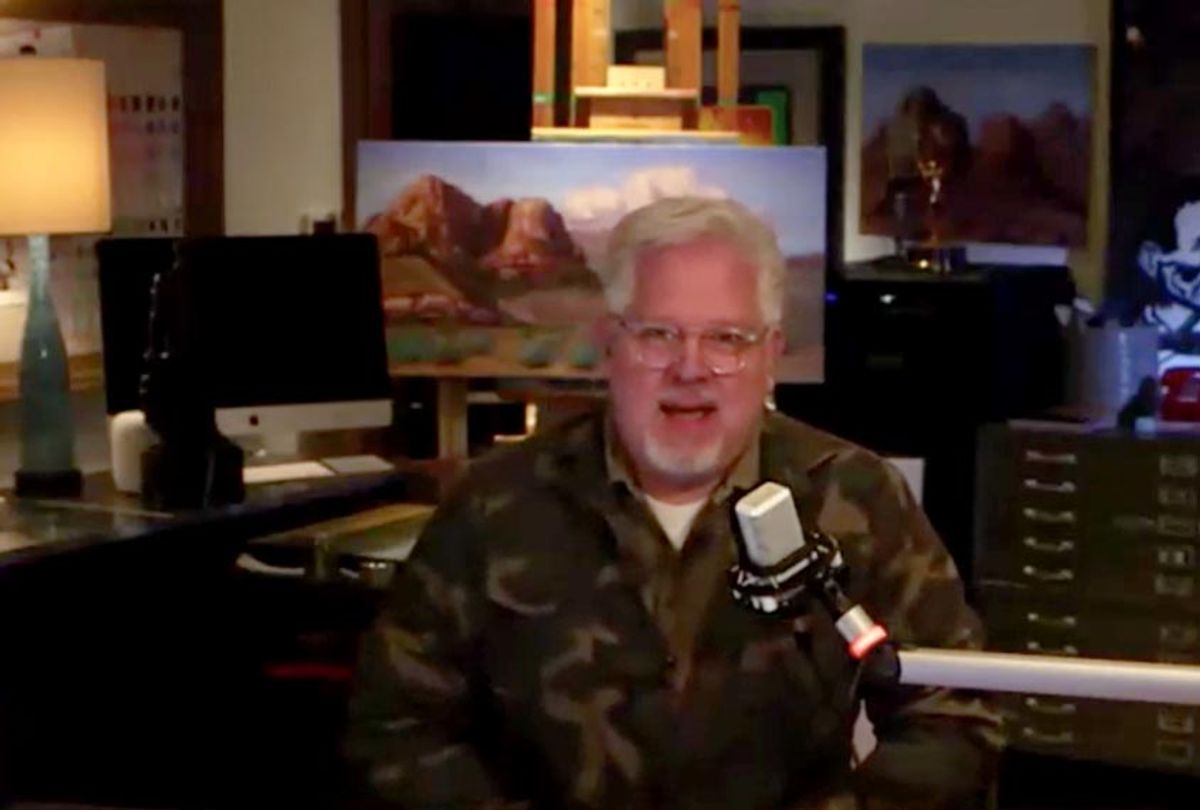 This post has been updated to better reflect the remarks made by Mr. Beck.

Right-wing talk show host Glenn Beck told viewers of his eponymous BlazeTV program that he would prefer "all of us over 50" get back to work in order to "keep this economy going and working," even if that means risking death by complications of the new coronavirus.

"I would rather have my children stay home and all of us who are over 50 go in and keep this economy going and working," Beck, who noted that he is in "the danger zone" because he is 56 years old, said. "Even if we all get sick, I'd rather die than kill the country."

The former Fox News host added, "'Cause it's not the economy that's dying — it's the country."

Beck is not the first prominent conservative or neoliberal to argue that older Americans should risk their lives in order to protect the economy. Texas Lt. Gov. Dan Patrick, a Republican, told Fox News host Tucker Carlson on Monday night that "if that's the exchange, I'm all in. And that doesn't make me noble or brave of anything like that. I just think there are lots of grandparents out there in this country like me — I have six grandchildren — that's what we all care about. And what we love more than anything are those children. And I want to live smart and see through this, but I don't want the whole country to be sacrificed."

New York Times columnist Thomas Friedman made a similar argument on Sunday, writing that "either we let many of us get the coronavirus, recover and get back to work — while doing our utmost to protect those most vulnerable to being killed by it. Or, we shut down for months to try to save everyone everywhere from this virus — no matter their risk profile — and kill many people by other means, kill our economy and maybe kill our future."

Friedman's colleague Bret Stephens argued Friday that "we might face not a recession but a full-blown depression, which would be financially ruinous for hundreds of millions and have its own disastrous knock-on effects in mental, emotional and physical health, including for the elderly and sick who already face the greatest risks from the virus."

President Donald Trump, echoing a point made by Fox News host Steve Hilton, tweeted Sunday night in all caps that "WE CANNOT LET THE CURE BE WORSE THAN THE PROBLEM ITSELF. AT THE END OF THE 15 DAY PERIOD, WE WILL MAKE A DECISION AS TO WHICH WAY WE WANT TO GO!"

Hilton said on his program earlier in the evening, "You know that famous phrase? 'The cure is worse than the disease.' That is exactly the territory we are hurtling towards."

In addition to suggesting that the lives of older Americans were expendable, Beck denounced the then-impending stimulus bill as a "Green New Deal" being jammed down Americans' throats by congressional Democrats.

"I sincerely hope that we are not at a place as Americans to where we are going to let the Democrats jam down the Green New Deal because we are at home panicked," Beck told his audience. "I want to have a frank conversation with you and ask you where you stand."

Senate Republicans and Democrats reached a stimulus deal early Wednesday morning that would provide $1,200 in direct payments to workers earning up to $75,000 each year. The bill extends unemployment insurance by 13 weeks and enhances benefits for four months and establishes a $350 billion lending program for small businesses that keep their payroll steady throughout the pandemic. It also includes a strictly-monitored $500 billion fund to help distressed companies and industries and provides $150 billion for state and local governments and $130 billion for hospitals.

You can watch the full video via Media Matters for America: