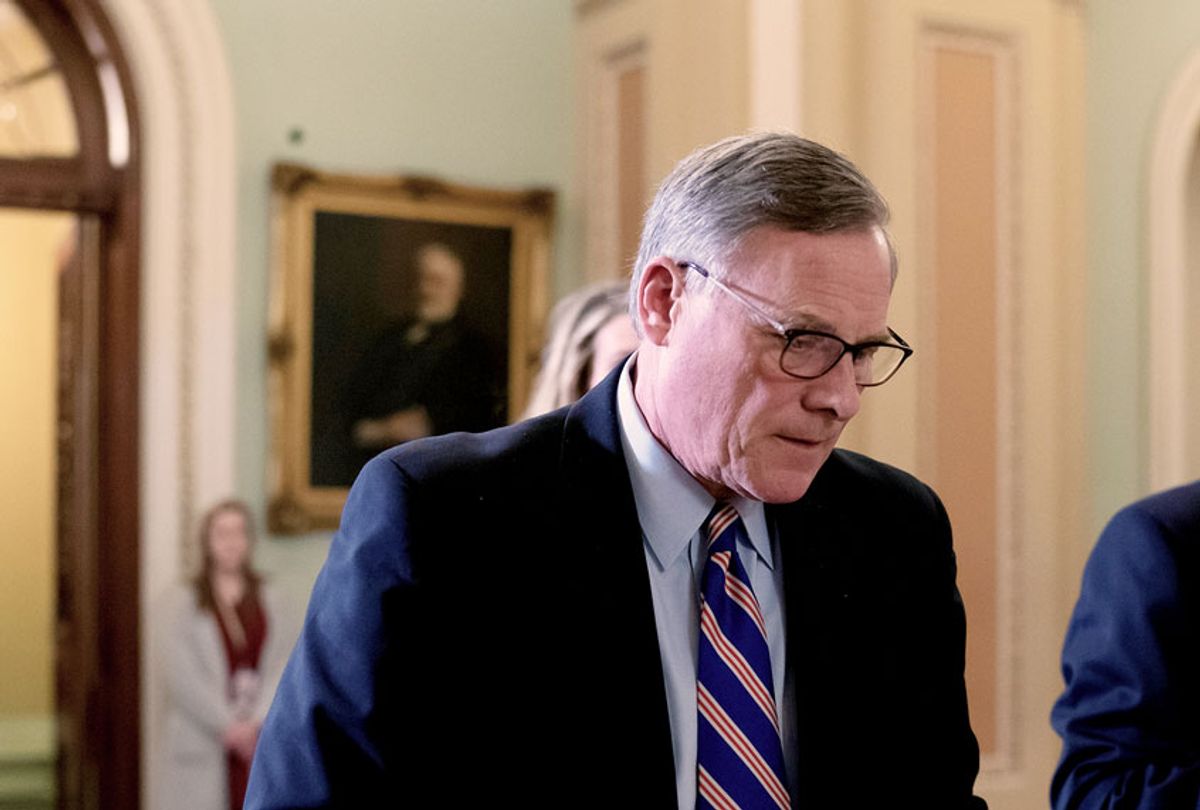 The Department of Justice has begun to investigate controversial stock trades by members of the Senate after receiving non-public briefings about the impending coronavirus pandemic, according to a new report.

CNN reported that the Federal Bureau of Investigation (FBI), which is coordinating its probe the Securities and Exchange Commission (SEC), has reached out to at least one member of Congress: Sen. Richard Burr, R-N.C. A legal expert told Salon those transactions "have the whiff of insider trading and of betrayal of the public trust — not to mention the public's health."

A lawyer for Burr, Alice Fisher, told the outlet that her client "welcomes a thorough review of the facts in this matter, which will establish that his actions were appropriate."

She added, "The law is clear that any American, including a senator, may participate in the stock market based on public information, as Senator Burr did. When this issue arose, Senator Burr immediately asked the Senate Ethics Committee to conduct a complete review, and he will cooperate with that review as well as any other appropriate inquiry."

As Burr publicly insisted that there was no reason to be concerned about the pandemic, he privately unloaded as much as $1.7 million in stocks from industries that would be hit hard by the pandemic.

Burr is not the only senator to face scrutiny over recent stock transactions. Sen. Kelly Loeffler, R-Ga., and her husband made a series of 27 stock sales after she began receiving private reports in January about the public health crisis, according to Senate records. The couple also bought shares in a company that sells telecommuting software, stock which has seen its value rise since the beginning of the pandemic. Loeffler, who has denied wrongdoing, is married to New York Stock Exchange Chairman Jeffrey Sprecher.

Sen. Jim Inhofe, R-Ok., also began selling off stocks within days of a private briefing on the pandemic, as did Sen. Dianne Feinstein, D-Calif. Both of their offices told CNN they had not been contacted by the FBI, as did Loeffler's.

"Senator Burr's stock transactions raise more than a little suspicion," Harvard law professor Laurence Tribe told Salon by email. "They have the whiff of insider trading and of betrayal of the public trust — not to mention the public's health. Let's hope the FBI-SEC investigation into the details is fair and thorough and keep our fingers crossed that it won't be a whitewash of the sort I wouldn't be surprised to see from our highly-partisan attorney general."

Fox News host Tucker Carlson denounced Burr's stock sales last week, telling his viewers that Burr seemed to have "had inside information about what could happen to our country, which is now happening, but he didn't warn the public. He didn't give a primetime address. Didn't go on television to sound the alarm. He didn't even disavow an op-ed he had written just ten days before claiming that America was, quote, 'better prepared than ever for coronavirus.' He didn't do any of those things."

After describing how Burr dumped stocks in companies that would be impacted by the outbreak, the Fox News host concluded that "maybe there's an honest explanation for what he did. If there is, he should share it with the rest of us immediately. Otherwise, he must resign from the Senate and face prosecution for insider trading."

Carlson added, "There is no greater moral crime than betraying your country in a time of crisis. And that appears to be what happened."

But former federal prosecutor Renato Mariotti wrote in Politico last week that it would not be easy to convict Burr or a fellow senator of insider trading, noting that "the law governing it is relatively new and untested, and long experience shows that it's very difficult to separate the kind of knowledge you might get in a congressional hearing from info that any close reader could get from the news."