Wisconsin's primary is in chaos — but Wyoming's isn't: A lesson in democracy

Voting by mail and ranked-choice voting make it much easier to adapt to the unexpected. Some states were ready 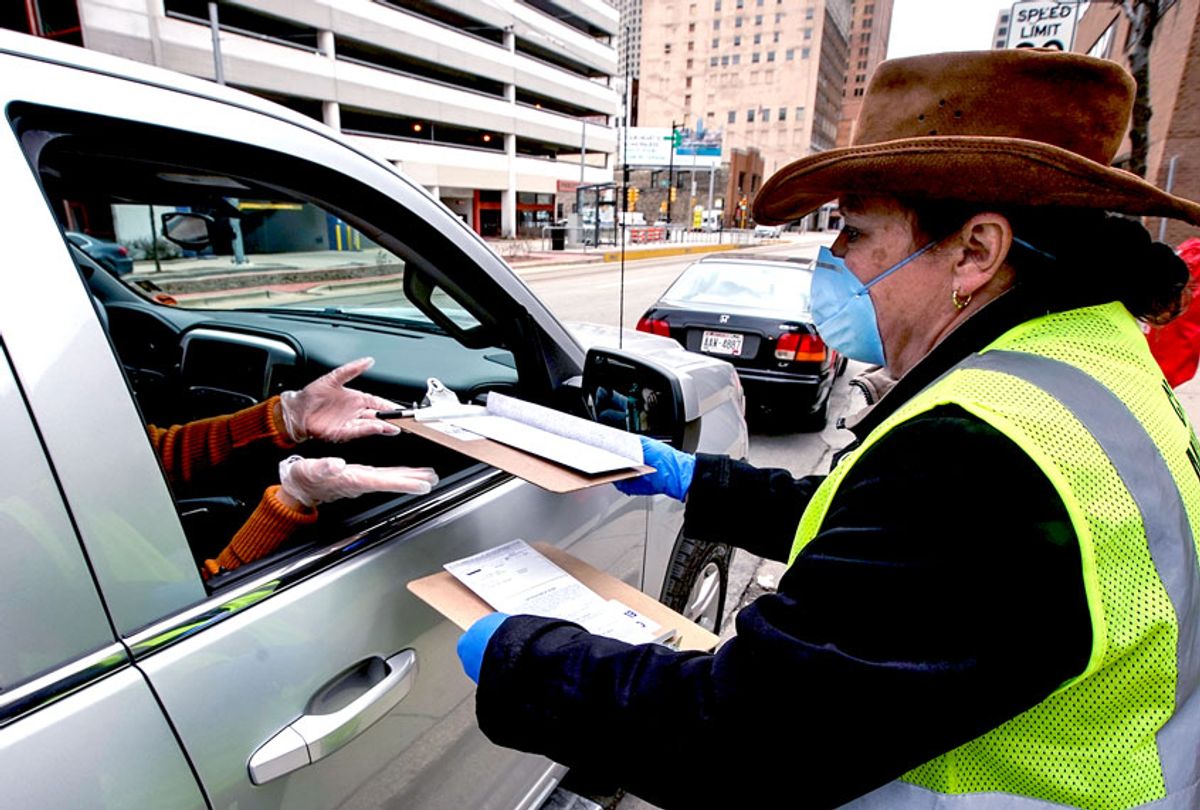 It's a tale of two primaries.

There's chaos and confusion in Wisconsin just days ahead of the April 7 primary. According to a memo from the state election board, "nearly every county in Wisconsin has at least one municipality concerned about their ability to open a polling place." Precincts are being shuttered because there aren't enough volunteers to keep them staffed. Milwaukee has cut the number of in-person voting sites from 180 all the way down to 12. More than 100 counties have no poll workers at all. The state has ordered 1.5 million pens so no one needs to touch one that has already been used — but efforts to obtain 1.5 million sanitizing wipes have fallen short by 750,000.

Meanwhile, it's largely business as usual in Wyoming, which was slated to hold its primary on April 4. Officials there simply ended the in-person portion of the state's presidential primary, opened several new collection centers, and shifted the entire event to vote by mail. There's no drama, no health risk and no worries that the primary won't go off as planned.

As many states postpone primaries until June, election officials scramble nationwide and Americans worry about the coronavirus's potential effect on the presidential election this fall, it's worth looking at the states where the pandemic has not required a wholesale reimagining of the entire process. Those states all have something in common: They had the foresight to transition this year to early voting combined with a ranked-choice voting (RCV) ballot. As a result, elections in those states have been able to stay largely on track.

Democrats in three of those states — Wyoming, Alaska and Hawaii — had been scheduled to hold their primaries this Saturday. Early voting and RCV made them pandemic-proof. They could cancel in-person voting without throwing everything into tumult.

In Alaska and Hawaii, long before the virus struck, Democratic Party officials recast the state's primaries as vote-by-mail contests with RCV. Those contests proved resilient: Officials merely extended the date by which ballots needed to be requested and/or returned. It will take a little longer to get results. They didn't need to order vats of sanitizer or more than a million pens — or cross their fingers and hope in-person voting would be safe by June.

It's a similar story in Kansas, where Democrats this year not only implemented early voting with RCV, but officials also proactively mailed a ballot to every registered Democrat. Neighboring Missouri didn't do those things, and had to push its vote into June. Fellow Midwesterners in Illinois opted to go ahead with their Democratic primary even as the coronavirus took hold in mid-March, and saw turnout plummet.

None of these states foresaw a pandemic. They simply wanted to create elections that gave voters more choices and a greater voice. But their careful planning also established something resilient enough to withstand a once-in-a-century public health emergency.

In Indiana, Idaho, Wisconsin and Georgia, for example, state governments have struggled to determine who should receive an absentee ballot, and whether or not one needs to be requested or can simply be mailed to registered voters. Kansas figured this out ahead of time, and made sure its voting rolls were safe, secure and up to date.

In Ohio, Gov. Mike DeWine moved to postpone the state's March primary, only to be stopped by the courts. Ultimately, DeWine and state public health officials acted to push the contests to June for health and safety. All it took in Alaska and Hawaii was to extend a simple deadline.

In Wisconsin, partisan enmity is running high, the courts may be forced to step in and halt the vote, and election administrators are racing to find vats of Purell. But in Wyoming, officials need not balance postponing an election or the risks to democracy. Voters don't have to choose between exercising their right to vote or jeopardizing their health.

A pandemic likely wasn't on their mind. But it was easy to plan ahead for the Democrats' historically large field this cycle. Ranked-choice voting gives voters the power to put those candidates in order, ensuring that a winner has majority support, and is deemed the most electable by the most people. Everyone can vote for the candidate they want to win without worrying that, in a fractured field, their vote might help anoint the candidate they like least.

RCV solves another problem as well: Wasted votes cast for candidates like Pete Buttigieg, Amy Klobuchar and others who withdrew before the official primary date, and sometimes just hours before Election Day in states where early voting had been long underway. Already this year, almost 2.2 million "wasted votes" have been cast in support of zombie candidates; that's nearly one out of every 10 — and that number will grow sharply when all the votes waiting to be counted have been tallied. RCV takes that number down to none just by allowing voters to indicate backup choices. It's simply a much better way to conduct early voting.

More power for voters. More resilient elections for us all. Nonpartisan solutions embraced by states all shades of red, blue and purple. There's a better way to vote. And during a moment when our elections have been upended by a virus few could have seen coming, we should learn from those who got it right ahead of 2020. Their reform path is the one every state should follow.