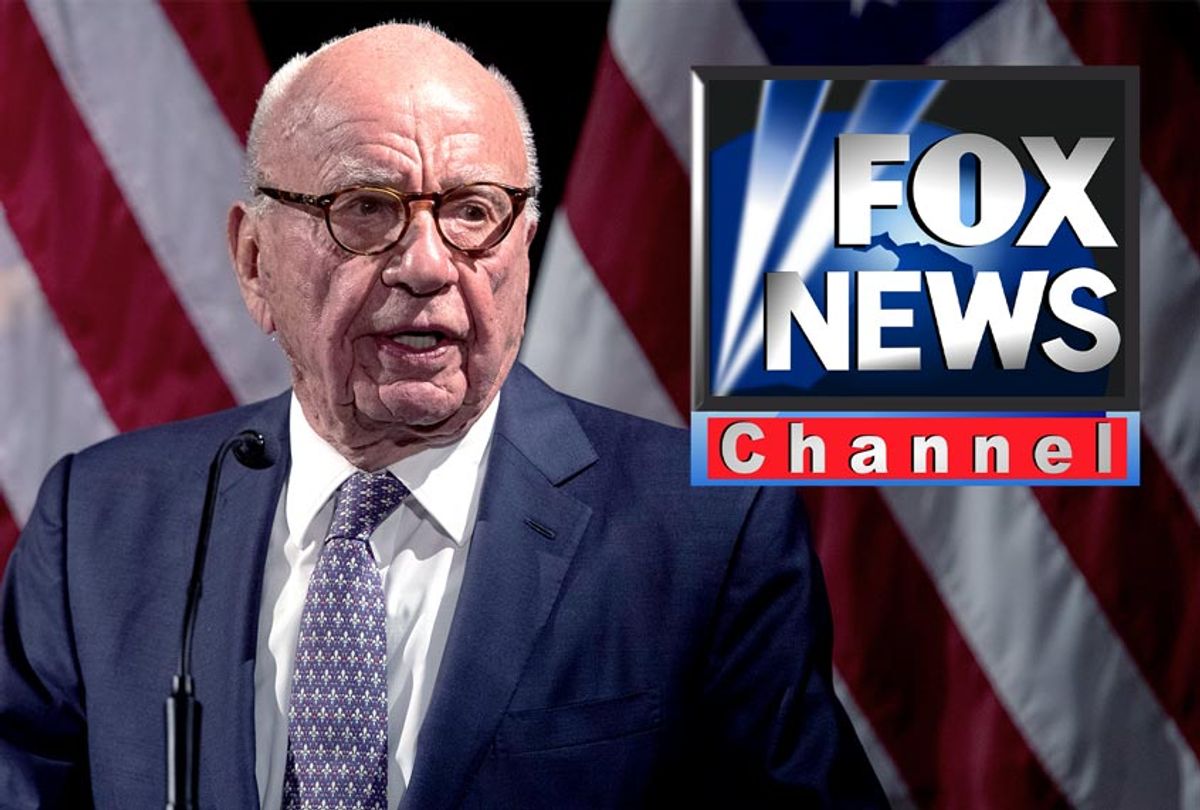 The Murdoch family is preparing for legal battles after Fox News hosts pushed misinformation about the coronavirus.

A Washington state group filed a lawsuit against Fox News, owner Rupert Murdoch and cable providers that seeks a court order barring the right-leaning from airing false information about the virus. The lawsuit was first reported by the Times of San Diego.

The suit, which was filed in King County on Thursday by the Washington League for Increased Transparency and Ethics (WASHLITE), requests an injunction to bar the network from "interfering with reasonable and necessary measures to contain the virus by publishing further false and deceptive content."

The network vowed to fight the lawsuit.

"Wrong on the facts, frivolous on the law," Lily Fu Claffee, Fox News Media's general counsel, said in a statement. "We will defend vigorously and seek sanctions as appropriate."

WASHLITE's Arthur West told the Times of San Diego that hosts like Sean Hannity and Laura Ingraham, as well as Fox Business' Lou Dobbs and Trish Regan, interfered with social distancing guidelines in the state by downplaying the threat posed by the virus.

"That's the real evil of this type of programming," he said. "We believe it delayed and interfered with a prompt and adequate response to this coronavirus pandemic within the state of Washington."

West argued that the misinformation was not protected under the First Amendment.

The suit also alleges that the network violated the state's Consumer Protection Act by "falsely and deceptively disseminating 'news' via cable news contracts that the coronavirus was a 'hoax' and that it was otherwise not a danger to public health and safety."

The suit argues that Hannity and Regan specifically "acted in bad faith to willfully and maliciously disseminate false information denying and minimizing the danger posed by the spread of the novel coronavirus."

"Go to my web site, and you'll see irrefutable evidence that I have taken this seriously way before most in the media did," he told Newsweek despite seeking to downplay the threat of the virus well into March. "I warned in January that it was dangerous, because it was highly contagious. But some people were asymptomatic, so it would spread quickly."

Hannity further claimed that executives had not pressured him to change the tone of his coverage.

Fox "parted ways" with Regan last month after she ranted against the "coronavirus impeachment scam." A "top Murdoch executive" told The Daily Beast that Regan was a "sacrificial lamb," but the network would not make any more concessions.

"The strategy is no settlements, even if it costs way more to fight the lawsuit and seek sanctions for ambulance-chasing lawyers," the executive told the outlet, adding that the network was able to beat back two lawsuits after some of its hosts pushed conspiracy theories about the murder of former Democratic National Committee aide Seth Rich.

Reporter Gabe Sherman, the author of the Fox News exposé "The Loudest Voice in the Room," argued last week that the coronavirus issue was different from the Seth Rich case ,because the Murdochs "have taken personal steps" to protect themselves while hosts like Regan and Hannity "were telling viewers that it's a hoax and putting themselves in potentially mortal danger."

"I think this is a case where Fox's coverage, if it actually winds up being proved that people died because of it, this is a new terrain in terms of Fox being possibly held liable for their actions," Sherman told MSNBC. "There's a real concern inside the network that their early downplaying of the coronavirus actually exposes Fox News to potential legal action by viewers who maybe were misled and actually have died from this."

But attorneys previously expressed skepticism that the network could face legal ramifications.

"Fox News has been grotesquely irresponsible but I struggle to imagine a plausible legal theory under which it might be sued here," Susan Hennessey, the executive director of Lawfare, said in March.

Georgia law professor Eric Segall added that any lawsuit would "have to show actual malice or reckless disregard," which "could never be shown here."

"No one is going to hold liable TV news people for reporting what they think is the news relating to millions," he said. "No court would go for it."

New York Times columnist Kara Swisher last week criticized the network for misinforming her elderly mother about the threat posed by the virus but argued that lawsuits are not the solution.

"You can relax, Sean Hannity, I'm not going to sue you," she wrote. "Lawsuits are a bad idea. Here's why: I believe in Fox News's First Amendment right as a press organization, even if some of its on-air talent did not mind being egregiously bad at their jobs when it came to giving out accurate health data."