The pair deleted the tweet before accusing Dr. Fauci of pushing another "Tuskegee experiment" on black people 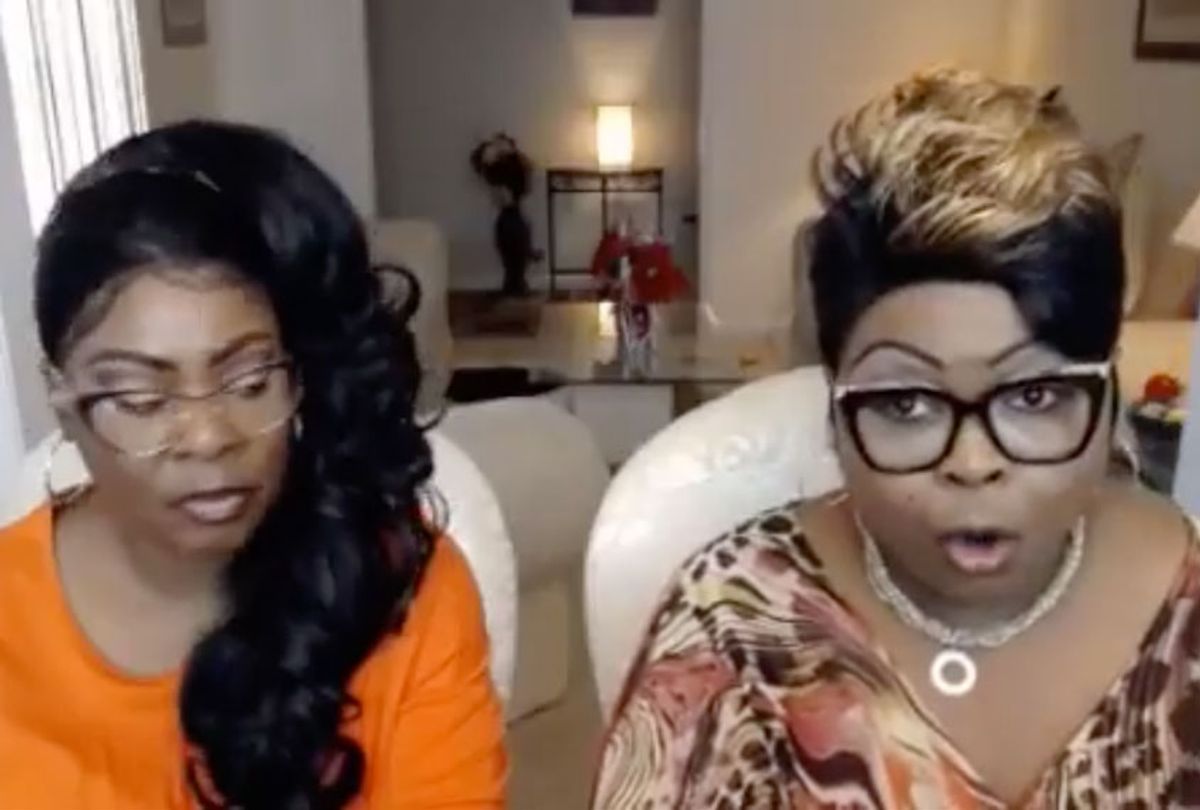 Fox Nation hosts Lynnette Hardaway and Rochelle Richardson, better known as Diamond & Silk, were temporarily locked out of Twitter on Wednesday for urging people to go outside and develop immunity against the coronavirus.

"The only way we can become immune to the environment; we must be out in the environment. Quarantining people inside of their houses for extended periods will make people sick!" the pair tweeted from their joint account.

The tweet has since been deleted, and the duo is back on Twitter bizarrely claiming that top White House coronavirus task force medical experts Dr. Anthony Fauci and Dr. Deborah Birx may be trying to "make Black people the Guinea pigs for their vaccines [sic] experiments."

"This reminds us of the Tuskegee experiment all over again!" they tweeted after their account was restored.

The pair, whose content is licensed to Fox News' Fox Nation streaming service, has been frequently re-tweeted by President Donald Trump.

Fox News and owner Rupert Murdoch were sued last week by a Washington state-based group after some of the network's opinion hosts echoed Trump's comments downplaying the threat posed by the coronavirus and comparing it to the flu.

"Fox Nation, which is controlled by Rupert & Lachlan Murdoch, pays Diamond and Silk money for their opinions," media reporter Yashar Ali tweeted. "That includes dangerous and anti-science opinions like this. Just because tweets like this don't end up on their show, doesn't mean the Murdochs can disassociate from them."

The duo, which has appeared at Trump's rallies, are only the latest Fox News and Trumpworld figures to run afoul of Twitter's misinformation rules for making dubious claims about the coronavirus.

Fox News host Laura Ingraham deleted a tweet praising the Trump-touted malaria drug hydroxychloroquine as a possible cure for the coronavirus despite little evidence to support the claim last week.

Trump's personal attorney Rudy Giuliani, who has been in the president's ear hyping the drug, had a tweet deleted by the social network for quoting conservative activist Charlie Kirk falsely claiming that "in at least three international tests was found 100% effective in treating the coronavirus." It also attacked Michigan Gov. Gretchen Whitmer, a recent Trump target, for pushing back on the president's claims.

Though there has been anecdotal evidence of the drug's efficacy, the main small study touted by the president has since been called into question. The publisher of the journal where the study appeared has since issued a statement revealing that it did not meet "expected standards."

Doctors warn that the drug can have serious side effects, especially when mixed with the antibiotic azithromycin, as the president has touted.

"This drug has major side effects," Dr. Megan Ranney, an emergency physician at Brown University, told ProPublica, "including paranoia, hallucinations, suicidal thoughts, suppression of your blood counts, so you became more susceptible to infections. It can cause severe cardiac arrhythmias that can even cause death. Now, these are not common side effects, but they're common enough that they should not be taken just willy-nilly. It is not like water. It is not harmless."